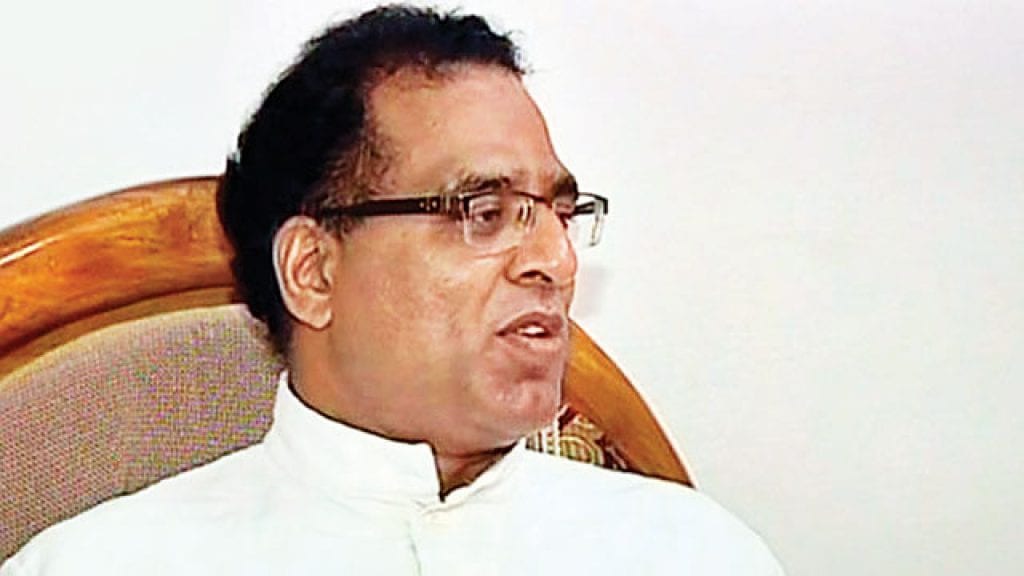 The Kerala High Court on Wednesday reduced the sentence imposed on former Catholic priest Robin Mathew Vadakkumchery from 20 years to 10 years of rigorous imprisonment coupled with a fine of Rupees one lakh. Justice R. Narayana Pisharadi confirmed the guilt of the accused while partly allowing the appeal.Here are the key points in the judgment issued today: Sentence Imposed:The...

The Kerala High Court on Wednesday reduced the sentence imposed on former Catholic priest Robin Mathew Vadakkumchery from 20 years to 10 years of rigorous imprisonment coupled with a fine of Rupees one lakh.

Justice R. Narayana Pisharadi confirmed the guilt of the accused while partly allowing the appeal.

Here are the key points in the judgment issued today:

However, the High Court held as such:

(iv) In view of the provisions contained in Section 42 of the POCSO Act and Section 71 of IPC, no separate sentence is awarded for the other offences proved to have been committed by the appellant.

(v) The appellant is entitled to get set off under Section 428 Cr.P.C.

What Is The Kottiyoor Rape Case?

The appellant was the Vicar of St. Sebastian Church at Kottiyoor in Kannur District where the survivor used to attend the Holy Mass.

After the Mass, she used to do some computer work in a room attached to the church in which the accused was residing. The prosecution case was that when she was in this room, he used to sexually assault her and warned her not to disclose the matter to anyone.

One day in the month of May 2016, the accused allegedly induced the victim girl to come to his room and he committed rape and penetrative sexual assault on her. As a result, the victim girl became pregnant.

When The Matter Came To Light

Although an attempt was made to hush up the matter, the Child Welfare Committee picked up the incident and informed the police. When the police recorded her statement, the survivor alleged that her own father had committed rape on her.

The appellant was accordingly indicted and a charge sheet was filed against ten accused. Later on, all the other accused were acquitted by the Supreme Court and trial court respectively except the appellant, who was the first accused in the case.

It was argued by the appellant that Section 94 of the JJ Act, 2015 for determination of the age of the victim would cause prejudice to the accused.

However, the Court dismissed this contention claiming the very purpose of enacting the POCSO Act was to ensure that children of tender age are not abused.

"I find no logic in finding that, even after the repeal of a statute and even after a new statute coming into force, the provisions of the repealed statute have to be followed even in a case where the incident has taken place after the new statute came into force. Law cannot be static. Law is dynamic and it is expected to diligently keep pace with time. It has to evolve and change with the needs of the society."

In fact, when the incident has taken place after the coming into force of the JJ Act, 2015, adopting the provisions of that Act to determine the age of the victim does not cause any prejudice to the accused.

Even going by the provision of JJ Rules, 2007, the prosecution triumphantly proved the age of the survivor and it was established that the incident took place when she was a minor.

Was It Consensual Sex?

The case took an interesting turn when the survivor refused to completely support the prosecution case in her examination. According to her, they engaged in sexual intercourse with her consent and she was not aware that she would become pregnant after sexual intercourse.

So the prosecution managed to establish beyond reasonable doubt that the accused made sexual intercourse with her and as a consequence, she became pregnant.

If Consensual, Can The Accused Be Let Off The Hook?

The primary contention raised by the appellant was that the sexual intercourse was with her full and unqualified consent.

It was further argued the prosecution could not legally prove that the survivor was below the age of 18 years when the accused made sexual intercourse with her. On the said grounds, it was argued that the charges levelled against the accused should be dropped.

However, the Court noted that when the incident happened, the girl was below the age of 18 years and the prosecution had successfully proved the same. If that be so, her consent for sexual intercourse would be immaterial.

"Consent of a minor for a sexual relationship is immaterial and inconsequential."

The Court noted that from the very beginning, there has been an attempt on the part of the girl's family to save the accused from the clutches of law.

For instance, the girl had no qualms to state that her own father had raped and impregnated her.

Why Was Offence Under Section 376 (2) IPC Removed?

While finding the appellant not guilty of the offence under Section 5(p) of the POCSO Act, the trial court has made a categorical finding that the appellant cannot be regarded as a person in a position of trust or authority of the victim.

Since the appellant had made the victim pregnant by his act of penetrative sexual assault the offence under Section 5(j)(ii) also attracted and conviction of him by the trial court for that offence is liable to be confirmed.

How The Court Concluded On 10 Years Imprisonment

The offence under Section 5 r/w Section 6 of the POCSO Act, before amendment by Act 25 of 2019, was punishable with a minimum sentence of rigorous imprisonment for a term of ten years.

The offence under Section 376(1) of the Indian Penal Code, before the amendment by Act 22 of 2018, was punishable with a minimum sentence of imprisonment of either description for a term of seven years.

Section 42 of the POCSO Act provides that, where an act or omission constitutes an offence punishable under the Act and also under Section 376 of the Indian Penal Code, then, notwithstanding anything contained in any law for the time being in force, the offender found guilty of such offence shall be liable to punishment only under the Act or under the Indian Penal Code as provides for punishment which is greater in degree.

"Considering the facts and circumstances of the case, this Court finds that awarding the appellant/accused a sentence of rigorous imprisonment for a period of ten years and fine of Rs.1,00,000/- for the offence under Section 5(j)(ii) read with Section 6 of  the POCSO Act would meet the ends of justice in the case."