Land Acquisition- 'Persons Interested' Include Those Who Have Stake In Compensation Proceedings :Calcutta HC 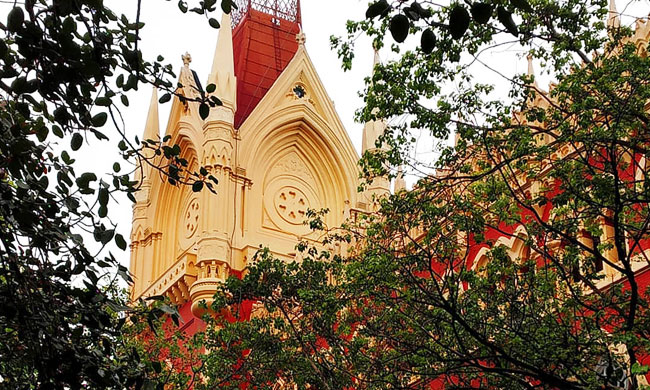 "To ascertain whether a juristic entity is a 'person interested', one has to see through the process to the source of finance and not merely the paying hands…," the high court has held.

The single-Judge bench of Justice Sabyasachi Bhattacharyya has made these observations in a batch of Revision Petitions moved by Shrachi Burdwan Developers Private Ltd. against the order for enhancement of compensation.

As per the facts of the case, acres of lands in the Burdwan District were acquired by the Burdwan Developent Authority (BDA) in the name of Bengal Shrachi Developers Private Limited (BS) as a part of their Public Private Partnership, for development of a satellite township. Subsequently, BS entered into a development rights assignment agreement with Shrachi Burdwan Developers Private Limited (Sharchi) with regards the said project.

As per the agreement, BDA was to oversee the acquisition proceedings and Shrachi was to finance the development and construction of a township on the land to be acquired.

In this backdrop, the private Respondents had argued that Shrachi being a 'mere financer' was not a party interested in the land acquisition proceedings and as such it was not a necessary party in the proceedings for enhancement of compensation.

The Petitioner, Shrachi had argued that the orders for enhancement of compensation payable to the Respondents against the acquired land were void since it, though being a necessary party, was never made a party to those proceedings, despite repeated requests, and was not given an opportunity of representation.

As per Section 3(b) of the Land Acquisition Act, 1894, the expression "person interested" includes all persons claiming an interest in compensation to be made on account of the acquisition of land.

Refuting the Respondents' stance, the high court has held that the impugned orders for enhancement of compensation directly affected Shrachi, who would be out of pocket.

"It is clear as daylight that in the event the amount of compensation was enhanced, as done in the present cases, Shrachi had to be considered as a necessary party, since it was evidently interested in the quantum of compensation, the burden of which had to be borne ultimately by Shrachi," the court observed.

It clarified that if the intention of the legislature were to confine the words 'persons interested' in land acquisition proceedings to the requiring body or the land‐losers but not the 'financer', "the language used in Section 3(b) and Section 20(b) would not be so comprehensive as to bring within its fold all persons interested in the compensation (which includes its quantum) itself, if it arises from an acquisition proceeding."

"As such, it may very well be that an entity is interested in the compensation but not directly in the acquisition proceeding, which also comes within the purview of person interested."

Therefore it was held that the orders passed by the lower court directing enhancement of compensation for acquisition of land were bad in law due to non-joinder of a necessary party.

"To ascertain whether a juristic entity is a 'person interested', one has to see through the process to the source of finance and not merely the paying hands, which unerringly point to Shrachi being more interested in compensation even than BDA, whereas BDA might be arguably a more interested party in the acquisition proceeding itself.

Thus, the awards passed in all the reference proceedings, in connection with which the respective orders in the execution cases, challenged by the present revisional applications, were null and void in the eye of law in view of the non‐joinder of Shrachi, which was a necessary party to such proceedings, thereby rendering the execution cases themselves and all orders passed therein void in the eye of law."

The High court has thus allowed all the applications made by Shrachi for addition of party in the revisional applications and has held that all the orders for enhancement of compensation are null and void.

The court has however granted liberty to the Private Respondents to initiate fresh proceedings under Section 18 of the LA Act, impleading Shrachi as a party.