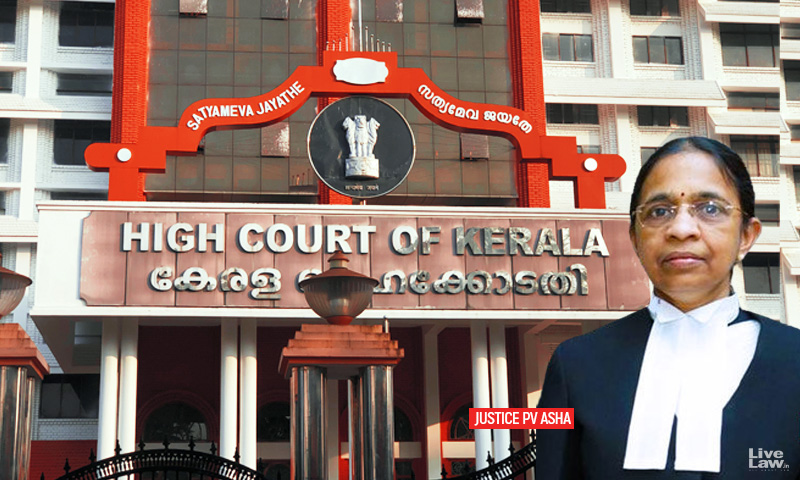 Pronouncing judgment on petitions challenging the ECI's decision to keep in abeyance the elections that were initially slated for April 12, the Kerala High Court has emphasized that the election to RajyaSabha seats is to be conducted before the retirement of members.

"..the intention is not to keep the seats unfilled but to complete the process of election before the retirement of the members, so as to have the full strength of members in the Upper House to represent the State."

Holding that any deferral of the election till after the results of the Assembly Elections were announced would result in a situation where there would be another electorate, the Court highlighted,

Therefore, the Court called for the conduct of election expeditiously before the date of counting, that is May 2, 2021.

The petitions, filed by Secretary of the Kerala Legislative Assembly and CPI(M) legislator S Sharma challenged the ECI's decision to keep on hold elections to seats in the Rajya Sabha falling vacant upon a reference by the Ministry of Law and Justice.

The three seats in question are those of Indian Union Muslim League's Abdul Vahab, CPI(M)'s KK Ragesh, and the Congress' Vayalar Ravi, who are due to retire on April 21.

The petitioners, through their counsel Senior Advocate CS Vaidyanathan and NN Sugunapalan, questioned the decision to call a halt on the polls to the seats falling vacant.

Referring to Section 12 of the Representation of People Act, 1951, it was contended that it provided for filling up of the seats of the 'retiring' members, on expiration of their term.

The petitioners asserted that the section envisaged completion of entire process of election before the actual retirement so as to fill up the seats as soon as the seats become vacant, particularly since Article 83 provided that the Council of States is a continuing body.

Agreeing with the petitioners, the judgment finds,

"I am also of the view that what is envisaged under Section 12 is to fill up the vacancies as soon as the incumbents retire and for that purpose election has to be completed by the date of retirement."

The Bench also underscored, based on judgments, that the process of election has to be accelerated and the Constitution does not envisage a situation of keeping the seats unfilled.

The bench held that the legislative intent was that the election process to the Rajya Sabha seats must be completed before the retirement of the incumbent members.

"On an overall reading of the provisions contained in Rule 14, 30, 39, etc of the RP Act read with the provisions contained in Article 80(4) of the Constitution of India it can only be concluded that the intention is not to keep the seats unfilled but to complete the process of election before the retirement of the members, so as to have the full strength of members in the Upper House to represent the State. A different view is warranted only when there is any law and order situation or any practical impossibility", the Court said in the judgment.

What is envisaged under Section 12 is to fill up the vacancies as soon as the incumbents retire and for that purpose election has to be completed by the date of retirement, the Court held.

"It is true that it is completely within the purview of the Commission to fix the schedule; but th epostponement of election is not envisaged either in the Constitution or in the rules, in the absence of good and sufficient reasons".

The Court observed that the Election Commission of India, which is an independent body as per Article 324, cannot be expected to be influenced by a reference from the Union Ministry.

"The fact that it is upto the Commission to fix the schedule of election would not mean that the Commission can fix any date", the Court said. The Court also noted that if the stand of the Election Commission that it need only notify the elections before the date of retirement is accepted, it will lead to an anomalous situation whereby nomination is made by the existing assembly and the voting is done by another assembly.

"The Commission, which is fully aware of its duty conferred under Article 324 of the Constitution of India in its true spirit, has therefore to expedite the proceedings so as to see that the representation in the upper House from the State of Kerala is always in full swing and to avoid situations as pointed out by the learned Senior Counsel for the petitioners, where the nomination is made by the existing assembly and voting by another assembly", the Court said in its 37-page judgment

On whether the Commission could defer elections

Another question that the Court was faced with in the case was whether the Commission could defer elections.

The case, which arose in the backdrop of the 1976 declaration of emergency, also saw the adjudicating court declare that the absence of full strength in the Council at a particular time will not result in its dissolution.
Distinguishing the case at hand from Vasantha, the Kerala High Court pointed out that there were valid reasons in Vasantha which warranted the deferment of the elections.

"The circumstances arising in the present case are not similar to those in Vasantha Pai's case where valid reasons were available. In the present case there is no law and order situation as was in the case of Vasantha Pai. Therefore, the said judgment would not apply to the present case, where the proceedings were kept in abeyance on receipt of the reference from the Central Government."

Interestingly, in this context, the Court agreed with the Assistant Solicitor General P Vijayakumar's submission that the Centre did not attempt to interfere with the election. The Bench underscored that the Election Commission with its wide powers is not expected to be influenced by a reference.

The Court referred to former Chief Justice KG Balakrishnan's concurring opinion in the case Re Gujarat Assembly where he stated that the Election Commission which is vested with the power to decide the election schedule can act only in accordance with the constitutional provisions.

The Court goes on to refer Chief Justice Balakrishnan's opinion in the case, which held,

On the right of members to vote

One of the contentions that the petitioners raised was that the incumbent Kerala Legislative Assembly legislators would be deprived of their right to vote and choose their nominees to the Rajya Sabha.

In this respect, the Court referred Mohinder Singh Gill, PUCL, and DMDK v. Election Commission (dissent) wherein it was stated that every citizen of this country has a constitutional right both to elect and also be elected to any one of the legislative bodies created by the Constitution which can be curtailed only by a law made by the appropriate legislation, only on grounds specified under Article 326.

In this respect, the Court held,

"Thus Section 39 which stipulates the interval between each of the steps in the process of election starting from the notification till completion, would show that a minimum of 17 (7+1+2+7) days would be required for completing the election after the issuance of notification..".

Holding that the petitions sought to expedite the election process, the Court reasoned that the writ petitions in the case did not attract the embargo under Article 329(b) of the Constitution of India.