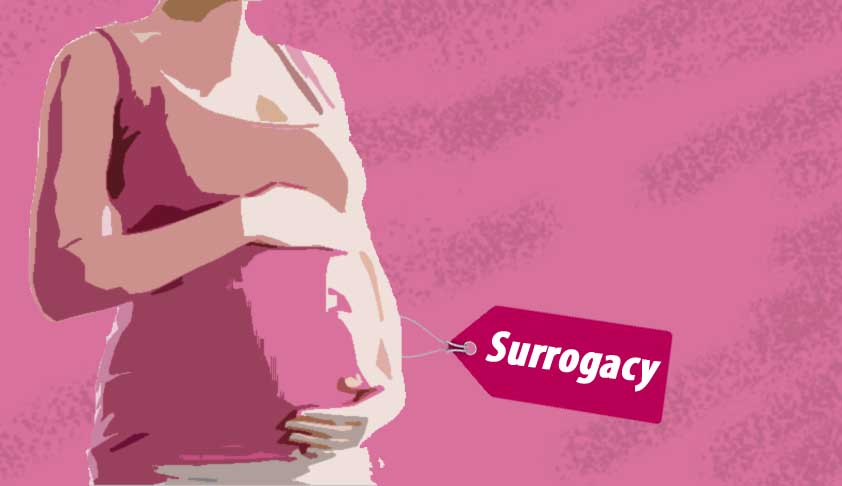 The Lok Sabha on Monday passed the Surrogacy (Regulation) Bill, 2019, introduced by Union Health Minister Harsh Vardhan. The bill essentially seeks to regulate surrogacy in India while imposing an absolute prohibition on commercial surrogacy. The Bill allows altruistic surrogacy, a selfless arrangement where only medical expenses and insurance cover are provided to the surrogate mother,...

The Bill allows altruistic surrogacy, a selfless arrangement where only medical expenses and insurance cover are provided to the surrogate mother, and there's no room for any other monetary reward. The bill also, by virtue of Section 4, allows surrogacy in cases of proven infertility. The provision also prohibits surrogacy for producing children for sale, prostitution or other forms of exploitation.

The bill provides for constituting a National Surrogacy Board and State Surrogacy Boards under Chapter V, for regulation of surrogacy. It also intends to appoint other appropriate authorities who shall be empowered to issue 'certificate of essentiality' and 'certificate of eligibility' to the intending couples under Section 4 of the Bill.

A certificate of essentiality will be issued to the couples who possess:

(i) a certificate of proven infertility from a District Medical Board;

(ii) an order of parentage and custody of the surrogate child from a Magistrate's court; and

(iii) insurance cover for the surrogate mother for a period of 16 months.

A certificate of eligibility will be issued to the couples:

(i) who are Indian citizens, married for at least 5 years;

(iii) who do not have any surviving child, whether biological, adopted or surrogate, not including a special child or a child who suffers from life threatening illness.

Section 4 of the bill also lays down eligibility criteria for a surrogate mother and she is bound to obtain a certificate of eligibility from the appropriate authority. She has to be:

(i) a close relative of the intending couple;

(ii) a married woman having a child of her own;

(iv) a surrogate only once in her lifetime; and

(v) in possession of a certificate of medical and psychological fitness for surrogacy.

Section 7 of the bill imposes prohibition on abandoning a child born out of surrogacy, for whatsoever reason. In fact, a surrogate child shall be deemed to be the biological child of the intending couple.

Further, Chapter IV of the bill prescribes that no surrogacy clinics shall operate without due registration, granted by the appropriate authority. There is also a prohibition on aborting a surrogate child without written consent of the surrogate mother and the authorization of the appropriate authority. This authorization, so granted by the authority, must be compliant with the provisions of Medical Termination of Pregnancy Act, 1971. The surrogate mother will however have the option to withdraw from surrogacy before the embryo is implanted in her womb.

Section 35 of the bill prescribes a punishment of imprisonment up to 10 years and a fine up to Rs. 10 lakh in case a person is found:

(i) advertising commercial surrogacy in any form.;

(iii) abandoning or exploiting a surrogate child; and

(iv) selling or importing human embryo or gametes for surrogacy.

(i) This holistic bill passed by the LS has provided a definition of infertility which is restricted to failure to conceive and does not take into its gamut other reasons such as the case of a woman who is able to conceive but is unable to carry a child through the period of the pregnancy.

(ii) The bill does not provide a definition of "a close relative", leaving room for unwarranted manipulation and inclusions.

The bill is yet to be passed by the RS and has to attain Presidential assent, before it becomes a law.