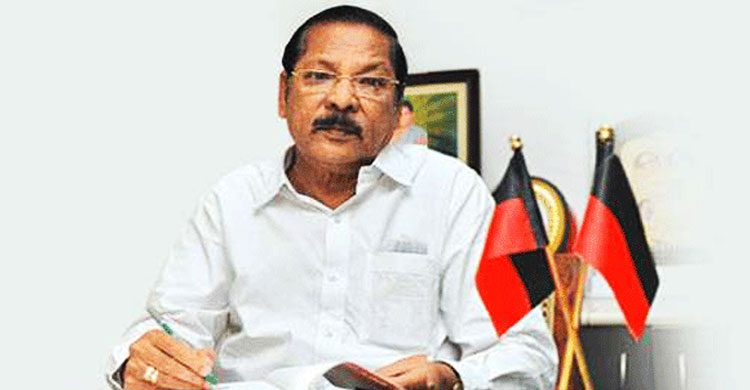 "The leaders who are in public life not only have responsibility but also constitutional duty to promote harmony and the spirit of common brotherhood amongst all the people of India transcending religious, linguistic and regional or sectional diversities; to renounce practices derogatory to the dignity of women", observed the Madras High Court on Tuesday.

In its judgment so delivered, the division bench dismissed the appeal by the Chennai city police to cancel the bail granted to DMK Rajya Sabha MP and organising secretary RS Bharathi. Bharathi, a well known leader, is accused of making disrespectful remarks about members of oppressed classes before a gathering of more than 100 people. He had allegedly commented that the elevation of late Justice A.Varadharajan, who belonged to the lower caste, and 7-8 other appointments of SC/ST judges to the High Court were alms rendered by the former Chief Minister.

"Persons who are holding a high office like the accused who is not only a senior member of the Bar and a Member of the Rajya Sabha and belongs to a political party and has several followers to follow him, he should show restraint while making any such remarks. Whether or not such remarks amount to offence or humiliation, such remarks should not lead to give an impression that the same offends any section of the society", noted the bench.

The Court was further of the view that "They should know their responsibility, while addressing the gathering any utterance should not lead to create disharmony among the citizens of the country".

However, the bench clarified that Whether such statements would attract the provision of Section 3(1)(u) or 3(1)(v) of the SC/SCT (Prevention of Atrocities) Act or not is a matter of trial. Therefore, the Court at this stage restrained itself from expressing any views as to whether such utterance attracts the offence or not, noting that it is for the prosecution to establish before the trial court that such utterance attracts penal consequences and that those things can be seen only after a full trial.

On the issue of the validity of the bail order granted to the accused by the Special Court, the bench noted that the accused was arrested on the very next day, immediately after the investigation was transferred to the Central Crime Branch. On his production before the Special Court, after hearing both sides, the special Court has granted interim bail taking note of the lock down situation and spike in Covid 19 at the relevant point of time. Prior to that the accused has already filed an application before this Court for direction to accept his surrender and consider his application on the same day on his surrender. This Court, by order dated 30.05.2020 granted relief to the accused and directed the trial Court to pass order on the bail application on the date of his surrender. Further the challenge made to the interim bail was also dismissed by this Court by its order dated 30.05.2020. No further challenge was made to order granting interim bail. What was challenged before the Supreme Court is an order granting bail on merit by order dated 01.06.2020 in SLP (Crl.) Nos.2614, 2615 of 2020. However, the same were withdrawn. Thereafter, the present appeal was filed before this Court challenging the order of Special Court dated 01.06.2020. It is relevant to note that the defacto complainant had lodged the complaint one month after the occurrence has not opposed the grant of bail before the trial Court.

"Therefore, it is clear that once the order granting interim bail is already confirmed by this Court and no further challenge is made. Now, State or Defacto Complainant cannot challenge the same in these proceedings", opined the Court.

Further, it reflected, "Very curiously when the State has preferred appeal before this Court under 14(A) of the SC & ST (Prevention of Atrocities) Act 1989 the defacto complainant has argued for cancelling the bail. When his stand before trial Court was pointed out to the learned Counsel, the learned Counsel Mr.V. Raghavachari fairly submitted that his intention was not to oppose the bail, but bring to the notice of the Court the behaviour of the accused who is a Member of Rajya Sabha and he has not shown any remorse and not even regretted for making such comments, even though his statement had a serious impact on the society".

Though elaborate arguments were made by the State for cancelling the bail, on a perusal of the order of the trial Court, the Court did not find any materials to countenance the contention of the State to hold that the trial Court viz.,the Special Court has granted bail without considering any materials or without hearing the defacto complainant etc., The trial Court has considered the nature of the offence, the delay in making complaint, the manner in which the arrest was effected, thereafter exercised its discretion and granted bail, that too after the directions of this Court.

The bench further appreciated that the offences under Sections 3(1)(u) and 3(1)(v) of the SC/ST (Prevention of Atrocities) Act attract the punishment of imprisonment for a term which shall not be less than six months but which may extend to five years and with fine. Though the investigating officer shall not require any approval for arrest, if necessary, of any person accusation being committed he cannot ignore the procedure provided under the SC/ST Act or the Criminal Procedure Code for effecting such arrest. The Court found it relevant to note that the special provisions contemplated with regard to the arrest either in the Code or under the Act as per Section 18(A) of SC/ST Act cannot be ignored by the Investigating Officer- "In fact after the date of transfer of investigation arrest was made within 12 hours, which also weighed the mind of the trial Court to exercise the discretion".

The other contention of the Additional Public Prosecutor that to prove the contents of the transcription voice sample is required, therefore, custodial interrogation is also required, could not be countenanced for the simple reason that if the prosecution is really interested in prosecuting the accused keeping the very object of the Special Act, they ought to have completed the investigation within the time limit specified in the SC/ST Rules.

"Be that as it may. Even assuming that voice samples of the accused are required for proving contents in CD, this Court is of the view that custodial interrogation is not at all required. Even any voice sample is required from the accused, prosecution can seek assistance of the Court, file an application for getting voice samples of the accused. Therefore, the liberty of the person cannot be curtailed when the trial Court has exercised discretion properly in a judicial manner and granted bail", ruled the High Court.

Besides, the bench expresses that the contents of the CD are always dependent upon the proof and its authenticity- "These are all the matters of evidence which have to be adduced by the prosecution at the time of trial. Therefore, at this stage, merely on the basis of the alleged contents and allegations this Court cannot come to the definite conclusion that such allegations are made by the accused. These are all matters of evidence before the trial Court. In such a view of the matter, this Court does not want to express anything on merits"

As regards the main contention of the Additional Public Prosecutor that since the provision of the Anticipatory Bail is taken away by the SC/ST Act, the accused should not be given bail, the Court held that such contention cannot be countenanced. In fact, it will lead to the serious consequences. The Court said that Mere tougher law and stringent legislations will not relieve the State from establishing the charges as per law. "Every accused is presumed to be innocence till the guilt is proved. Therefore, if the contention that jail is a rule and bail is an exception is accepted, then, it will not only infringe fundamental rights of the citizen but also will have serious consequences", it stated.

The bench acknowledged that it is not the case of the State that the accused disobeyed the bail conditions or misused the privilege of bail. It appreciated that now it is well settled by various pronouncements that normally bail would be cancelled when it is established that (1) when the accused is involved in tampering of evidence during the investigation or during the trial. (2) When the person on bail commits a similar offence or any heinous offence during the period of bail. (3) when the accused has absconded during the trial and the case is delayed on that account. (4) When the offence committed by the accused is such that creates a serious law and order problem in the society. (5) The accused is becoming a hazard to the peaceful living of the people. (6) when the superior court found that the lower court exercised his judicial power wrongly. (6) when the accused has misused the privilege of bail.

"In the present case no circumstances shown by the State or the Defacto complainant for cancelling the bail", concluded the bench.