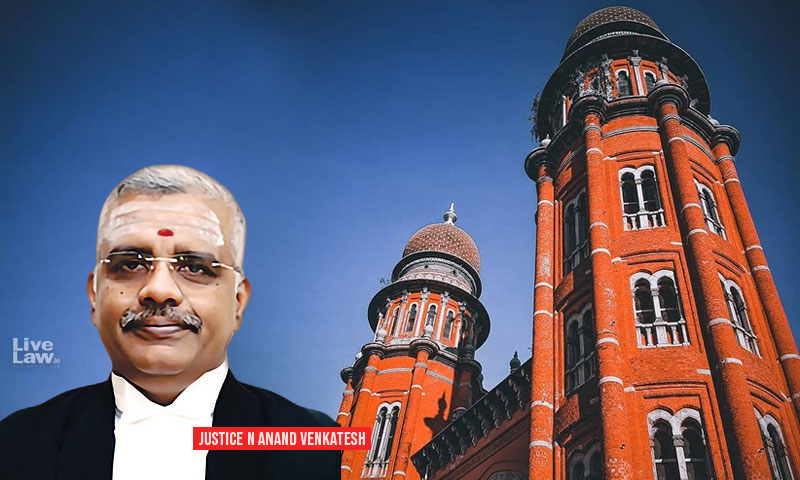 The Madras High Court recently set aside an order passed by the civil court declaring title in favour of private respondents qua a government land, after observing that the order was obtained by committing fraud on the court.

Justice Anand Venkatesh held that while exercising jurisdiction under Article 226 of the Constitution, the High Court can nullify the judgment and decree passed by a competent Civil court if it has been obtained by playing fraud on the Court and such a decree is a nullity and non-est in the eye of law.

One of the primary issues before the court was whether it could go into the genuineness of a document in collateral proceedings under Article 226 of the Constitution when the decree of the competent civil court had already become final. The next question was whether the High court could nullify the judgment and decree passed by a competent Civil court under Article 226 of the Constitution.

The court looked into Rule 29(1) of The Madras High Court Writ Rules, 2021 which specifically provides that the Court may review its orders but no petition for review will be entertained except on the grounds mentioned in Order XLVII, Rule 1 of the Code of Civil Procedure, 1908. One of the reasons provided under Order XLVII was "for any other sufficient reason". The court opined that the words" any other sufficient reason" would mean those facts, which, if brought to the notice of the court would have led to a different view.

The court observed that "fraud" would definitely come within the meaning of sufficient reasons. The court relied on the finding in A.V.Papayya Sastry v. Govt. of A.P. (2007) 4 SCC 221, where the Supreme Court had observed as under:

"22. It is thus settled proposition of law that a judgment, decree or order obtained by playing fraud on the court, tribunal or authority is a nullity and non est in the eye of the law. Such a judgment, decree or order—by the first court or by the final court—has to be treated as nullity by every court, superior or inferior. It can be challenged in any court, at any time, in appeal, revision, writ or even in collateral proceedings."

In the present case, the court was dealing with a revision petition filed by the District Collector, Chennai against the grant of the title of the land to the respondents. The impugned order, passed in 2021, directed the Collector to remove all equipment and solid waste lying on the property after observing that it belonged to the respondents.

The Collector claimed that the original records showed the property as "Anadheenam" and the name of the respondent's vendor was handwritten and inserted. The name of the parties and the survey numbers were also changed to give an impression that the vendor was given a Ryotwari Patta.

The court observed that in the proceedings before the Collector, which was the spark for filing the suit, it was categorically held that the document was fraudulent and a direction was given to cancel the patta and restore the original position by showing the concerned lands as Anadheenam. However, the lower courts had failed to consider the genuineness of the document. If the courts below had ventured into the genuineness, it could have been easily found that the document was a fraudulent one, the Court said.

This Court cannot shut its eyes in a case where the document, on the face of it, is found to be fabricated and fraudulent only on the ground that the Civil Court has not rendered any findings on the genuineness of the document and had relied upon it and decreed the suit in favour of the petitioners. The entire concept of Writ jurisdiction exercised is founded on equity and fairness. This Court can never allow perpetration of an illegality merely on technicalities. This is not a case where there is a private dispute between the parties and the genuineness of a document relied upon by the parties is put to scrutiny in the Writ proceedings. This is a case where the property belonging to the Government and which was categorised as Anadheenam, is sought to be knocked off by producing a fabricated order…

The court held that there was no bar on the High Court in going in to the genuineness of the document at the stage of revision.

It disagreed with the contention of the respondent that they honestly believed the land register record and that they should not be victimised for the alleged fraud committed by their vendor.

This submission is untenable since the petitioners cannot get a better right than what their vendor had on the principle of nemo dat quod non habet. The concept of bona fide purchaser does not have any role to play in the present case since the property that was dealt with belongs to the Government and it was attempted to be knocked off by means of fraudulent documents.

The court set aside the impugned order and directed the District Collector to immediately initiate proceedings against the persons who had utilized the forged and fabricated order for obtaining title in property.