Claim U/s 163A Of MV Act Not Maintainable Against Owner/Insurer Without Third-Party Involvement When Injured Was Driving The Vehicle: Madras HC 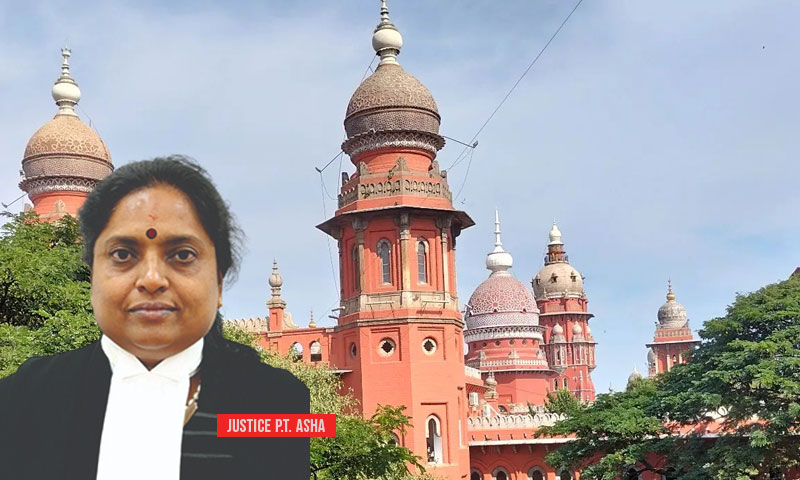 x
The principle of 'No Fault Liability" obviously implies that the injury or death of the claimant is the result of the involvement of a third party, the court observed.

In a pertinent judgment, Madras High Court has underscored that the deceased/ injured in a motor accident claim must be a third party to maintain a claim under Section 163A of the Motor Vehicles Act, 1988. The court underlined that the principle of No-Fault Liability embedded in the Section as a social security measure rests on the premise that a claim can't be maintained against the...

In a pertinent judgment, Madras High Court has underscored that the deceased/ injured in a motor accident claim must be a third party to maintain a claim under Section 163A of the Motor Vehicles Act, 1988. The court underlined that the principle of No-Fault Liability embedded in the Section as a social security measure rests on the premise that a claim can't be maintained against the original owner/ insurer of a vehicle if the said vehicle was driven by the injured/ deceased.

Justice P.T. Asha noted that an application under Section 163A of the Act against the Insurance Company of the vehicle driven by the injured/ deceased himself/herself/themselves is liable to be dismissed by relying on Ramkhiladi & Anr v. The United India Insurance Company & Anr. [2020 (2) SCC 550].

Therefore, Justice P.T. Asha noted in the judgment as follows:

The court concluded that the claimant is not required to establish that the death or permanent disablement in respect of which the claim has been made was due to negligence of the owners of the vehicle or the vehicles concerned or any other person but not so when the claimant himself was driving the borrowed vehicle that was insured. In such an instance, he would step into the shoes of the owner of a vehicle, the court added.

The single bench was hearing an appeal preferred by TATA AIG General Insurance Company for an award given by the Tribunal to the father of the original owner of the vehicle insured by them. At the time of the accident, the father himself was driving the son's car. He lost control and hit a tamarind tree by virtue of which the father suffered 50 % disability, according to the certificate given by the Medical Board. Therefore, the Claims Tribunal awarded Rs Rs.11,34,256/-  under Section 163A, out of which the sum of Rs.10,30,265/- was under the head of medical expenses.

Before examining the case on its merits, Justice PT Asha elaborately traced the History of inducting Section 140 and Section 163A in the Motor Vehicles Act. The judge referred to the evolution of the concept of 'No Fault Liability' in the aftermath of judgments authored by Justice V.R Krishna Iyer and the 85th Report of the Law Commission of India. References were made to Concord of India Insurance Co. Ltd., v. Nirmala Devi & Ors [AIR 1979 SC 166] and Rattan Singh v. State of Punjab [(1979) 4 SCC 719)] where it was strongly opined that the jurisprudence of motor accident compensation must develop towards the concept of 'No Fault Liability'.

Justice PT Asha also noted that Section 163 A was introduced to aid the victims/ legal representatives of victims in Hit and Run cases and persons were injured/killed for 'no fault of their own'.

In the case at hand, the appellant Insurance Company had argued that if the owner himself has caused the accident, he cannot claim compensation for himself under Section 163A of the Act, since a person cannot be both, an owner as also a recipient. They argued that under Section 147 of the Motor Vehicles Act, they are liable to indemnify the insurance risk only against third party risk. They also argued that the respondent had made a statement to the police that the accident was due to his negligence.

On the contrary, the claimant argued that since the father of the original owner was driving the vehicle, he is entitled to compensation under Section 163 A. By relying on T.S.Shylaja v. Oriental Insurance Company & Ors. [(2014) 2 SCC 587], the claimant contended that if he was the paid driver of the vehicle, then he would have been compensated without any doubt under Section 163A.

After hearing the parties, the court framed the below issue to discuss:

"Whether the appellant Insurance Company is liable to compensate the 1st respondent [Father] for the injuries sustained by him in an accident which was caused by him without any third-party intervention?."

After analysing the judgment, Justice P.T. Asha noted as follows with respect to Ningamma:

"...in order to claim compensation, the recipient had to be a third party. If the driver is the owner of the motor vehicle or if the vehicle had been driven by another, he would step into the shoes of the owner and therefore, from a reading of Section 163A, it is clear that the legal representative of the deceased is not entitled to compensation."

The court also added that the judgment has not placed any bar on the legal representative or heirs of a victim to claim compensation under Section 163 A:

"...It only states that in order to claim compensation under Section 163A, a claim cannot be made if the victim himself is the owner of the vehicle which has caused the accident without any third-party intervention."

Though United India Insurance Company Limited v. Sunilkumar & Anr. [AIR 2017 SC 5710] has mentioned that grant of compensation Under Section 163-A of the Act is in the nature of 'a final award and the adjudication thereunder is required to be made without any requirement of any proof of negligence of the driver/owner of the vehicle(s) involved in the accident', the same is not applicable to the facts of the case since the accident involved no third parties except the driver himself. It only says that the insurer cannot set up the defence of negligence, it has not done away with the primary proof that the accident involved a third party intervention /involvement, the court further added.

The single-judge bench made a reference to the Karnataka High Court Division Bench Judgment in Appaji V. M.Krishna (2003) that talks about no-fault liability in Motor Vehicles Jurisprudence.

"... Section 163A was never intended to provide relief to those who suffered in a road accident not because of the negligence of another person making use of a motor vehicle, but only on account of their own rash, negligent or imprudent act resulting in death or personal injury to them", the cited judgment notes.

"The scheme of the Act contemplates 4 players - the victim, the driver of the offending vehicle, owner of the offending vehicle and lastly, its insurer. In any accident which results in any damage to a person or property the person who is primarily at fault is the driver of the vehicle that caused the accident. Once, the fault is fixed on the driver, the owner of the vehicle becomes vicariously liable...Thereafter, if the vehicle possesses a valid insurance then the insurer is bound to indemnify the owner of the vehicle. Therefore, considering the object of the Act and the judicial pronouncements, it is clear that a person claiming compensation under the "No-Fault Liability" has to first establish a third party involvement in the mishap", Justice PT Asha observed.