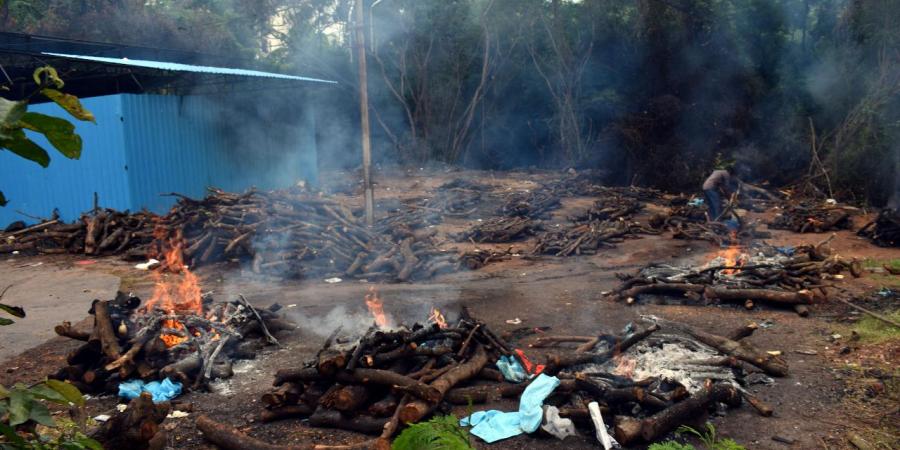 In a plea filed for assigning a permanent burial ground for the members of Arunthathiyar Community, the Madras High Court has recently held that segregation of burial ground for a particular caste/ community cannot be endorsed by the Court. While clarifying that the members of the Arunthathiyar community can ask the respondent authorities for allotment of a common burial...

In a plea filed for assigning a permanent burial ground for the members of Arunthathiyar Community, the Madras High Court has recently held that segregation of burial ground for a particular caste/ community cannot be endorsed by the Court.

While clarifying that the members of the Arunthathiyar community can ask the respondent authorities for allotment of a common burial ground instead, the court noted:

"...any act of segregation or discrimination in cremation/burial of the dead body on the basis of caste or community within a religion, as well as preventing the members of any caste/community from burying/cremating their dead in common cremation grounds or grounds meant or earmarked for cremation/burial, and earmarking cremation/burial grounds for any particular caste/community exclusively, is violative of Articles 14, 15, 17 and 25 of the Constitution as well as against the spirit of the Fundamental Duties enshrined in the Constitution. As such, the prayer made in this writ petition qua allocation of a permanent place for burial ground for a particular community viz., Arunthathiyar community, cannot be entertained by this court."

The court was dealing with a writ petition filed by B. Kalaiselvi and Mala Rajaram, aggrieved by the use of a water body adjacent to their properties for disposal of the dead bodies of persons belonging to  Arunthathiyar community. They sought a direction to the respondent, District Collector, to allot a specific land for burial/ cremation of the dead bodies of the members of the said community.

Taking note of the discrimination meted out to people on the basis of caste, even in death, Justice R. Mahadevan suggested a slew of measures that may be adopted by the local bodies, state government and other authorities to curb the menace of caste segregation:

Additionally, the court has vouched for elaborate consultation with concerned stakeholders to achieve the ends of building common burial grounds, taking remedial measures to eradicate the social disabilities that continue dividing people, sensitisation programs for proper implementation of the idea of common burial grounds and penal action for violations.

The single-judge bench also indicated that constituencies and wards that uphold the concept of common burial grounds in letter and spirit can be considered for the grant of incentives, financial or otherwise. In addition to the above, the government can also take initiative to include the values of religious and communal tolerance, and facets of diversity in school curriculum, observed the court.

The High Court has also called the educational resources including teachers to fight the social evil of caste segregation by fostering the scientific temper if children and familiarizing them with the unity in the diversified existence of human beings.

During the course of hearing, it was pointed out by the petitioners that the dead bodies of Arunthathiyar community were buried in the land classified 'odai puramboke' that bounds their lands, in contravention of Rule 7 of the Tamil Nadu Village Panchayats (Provision of burial and burning grounds) Rules, 1999 which prohibits any person from buying or burning any corpse in any place within 90 meters of a dwelling place. It was further contended that there is a violation of their rights guaranteed under Articles 21 and 300 of Indian Constitution. It also raises the threat of flooding in the rainy season, contended the petitioner.

The counsel appearing for the respondent authorities submitted that there are 30 Arunthathiyar families in Madur village who have been cremating the dead bodies of their kith and kin in two adjacent odai puramboke land for three decades. Upon their recent request to allot a burial ground, it was found out by the respondent authorities that there are no suitable grounds that can be allotted to the community. In the meanwhile, the community was allowed to use the odai purambokes for burial/ cremation of the dead, submitted the counsel.

The counsel also revealed that a letter was sent by the Revenue Divisional Officer to Kallakurichi's Tahsildar to find out a suitable government land that can be converted to burial ground or to acquire a private land for the Arunthathiyar Community members.

Relying on a catena of judgments and international instruments, and analysing the impact of caste segregation in History, the court answered the question of 'whether the fundamental guarantee of human dignity continues and extends beyond human life and upto the decent disposal of one's body even after the last trace of life, has been snuffed out of one's biological being'.

Referring to S.Sethu Raja v. The Chief Secretary, Government of Tamil Nadu (2007) and Dalip Kumar Jha v. State of Punjab (2014), the court observed that the right to dignity under Article 21 of the Constitution of India is not only available to the living but also to the dead.

The court opined that the issue at hand requires perspectives from constitutional and societal viewpoints, and the court cannot turn a nelson's eye to the sociological menace of caste segregation. Therefore, placing reliance on Mohammed Gani v. The Superintendent of Police & Others (2005) and other decisions, the court observed:

"The law emerges clearly that the right to bury the dead body in accordance with one's religious rites and customs is a part of the fundamental right to religion under Article 25 of the Constitution. The use of public land or public facilities cannot be subject to discrimination on the ground of religion, race, caste, sex or place of birth. No Caste or community can be allowed to appropriate any Government land exclusively for the purpose of last rites of the members of that Caste or community alone. Further, the refusal for any caste to use the burning Ghats on the ground that the societies of other castes are maintaining is discriminatory and violative of Articles 14, 15 and 25 of the Constitution of India"

The court also recalled a US judgment Milton V. Price v. Evergreen Cemetery Co. of Seattle (1960) where the plea revolved around the denial of burial ground for the infant of a non-Caucasian couple in an 'exclusive' caucasian land that formed a portion of the burial ground property. The court also referred to the instance of the controversial judgment getting overturned by the Supreme Court of Washington in 2020. It cited various instances where High Courts in India had an opportunity to shun cast segregation during cremation/ burial of the dead.

"The above available materials, historical instances, precedents have been cited to make this court alive to the reality that the curse of caste and the scourge of segregation continues to divide us in life and death alike. At the same time, slow measures are being taken by some sections of society towards demolishing these divisive factors that strike at the very root of the right to dignity under Article 21 of the Constitution and thereby at the very foundation of the basic structure of our Constitution and the ideals of justice, equality, liberty and fraternity envisioned in it", court noted in one of the concluding observations in the judgment.

The court has also noted that the encroachment in puramboke lands is highly condemnable. Therefore, it will be apt if the respondents could arrange a suitable land as a common burial ground for all the people in Madur village, irrespective of the caste or creed or religion, added the court.

The writ petition was accordingly disposed off.

Case Title: B. Kalaiselvi & Anr.v. The District Collector & Others