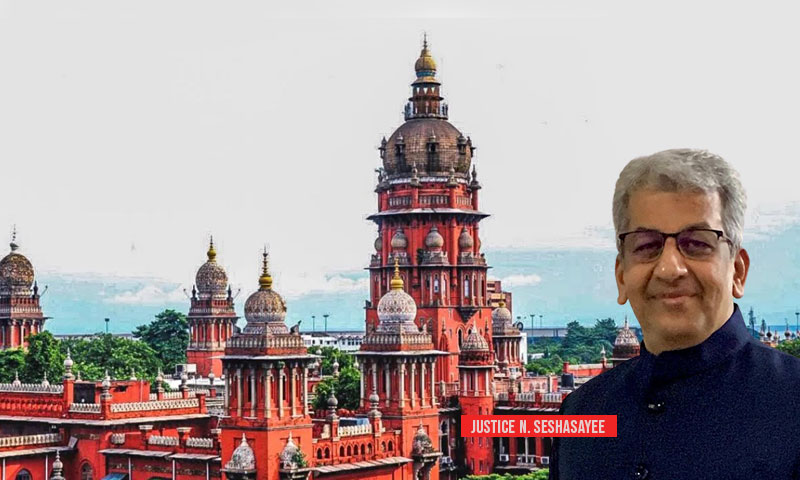 The Madras High Court recently held that cross examination of a party in Rent control proceedings in the state is not a "right" and the Court's discretion to allow or disallow the same must be based on a plane of fairness in judicial proceedings.

The court also observed that Section 36 of the Act sets up a time limit for the Rent Court to complete proceedings. At the same time, the scheme of the Act does not authorize a Rent Court to foreclose cross-examination merely because the enquiry contemplated is summary in nature. Thus, there was a need to interpret the term "in the interest of justice".

Noticing that the statute has given a wide space to the Rent Court without any illustrative circumstances, and the possibility it has created for perceiving the same as conferring unbridled discretion to the Court, and observing that its working has thrown the possibility to upset the equation, affecting in the process the fairness required in an adjudicatory process of the tribunal, it has become necessary to address the issue in its deeper layers.

The court also highlighted that the discretionary powers of the court/tribunal had to be used in a proper mechanism. While exercising this power, the courts should advance the cause of justice with a firm awareness of the power of the adjudicator.

Discretionary powers which a statute grants a Court or a Tribunal, are more often free roaming and wild, and are rarely limited by well defined peripheral lines. It can be exciting and tempting, yet its exercise more often poses the greatest challenge to any adjudicator. It needs respect for the law, a firm understanding of the justice involved in a cause, and the intuition to know how to engage with discretionary power to advance the cause of justice with a firm awareness on the extent to which an adjudicator may go. The utility and success of any discretionary power therefore, depends essentially on the way it is handled.

The court was dealing with the question of the power of the Rent Controller to allow cross-examination of witnesses under the Tamil Nadu Regulation of Rights and Responsibilities of Landlords and Tenants Act 2017.

Amicus Curiae Sharath Chandran drew the attention of the court to various decisions of the Rajasthan High Court and the Allahabad High Courts wherein when similar provisions were under challenge, the courts had observed that cross-examination is no more a matter of right and that a party seeking it must make an application before the Tribunal to justify the need for cross-examination. Thus, the Rent Court needed to strike a balance between procedural fairness and the requirement for expeditious disposal of rent cases.

Mr. R.B Balaji appearing for the respondents submitted that claiming cross-examination as a matter of right would defeat the object of the enactment i.e., to provide a fast adjudication process for the resolution of disputes between landlords and tenants. Thus, the discretion available to the courts had to be exercised judiciously.

The court also issued a detailed list of illustrative circumstances aiding the Rent Court to manage its discretionary power in considering a plea for cross-examination on the plane of interest of justice. The court also reiterated that the list was merely illustrative and not exhaustive.

In the case on hand where orders of the Rent Court denying cross-examination were challenged, the court decided not to exercise its powers under Article 227 of the Constitution as it did not find any error in the exercise of discretion of power by the Rent Court.