Dr. Ambedkar Is The Architect Of Constitution, Install His Portrait In All Govt Law Colleges: Madras High Court 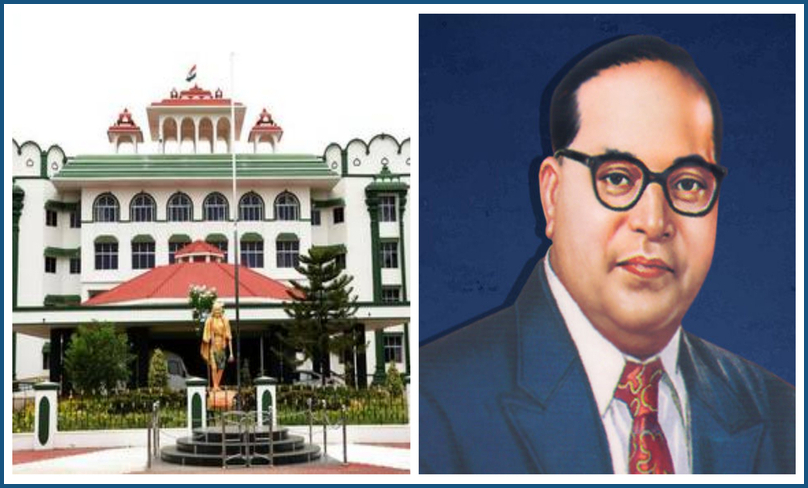 While dealing with a challenge to the suspension of a law student, the Madras High Court stressed pon the need to install portraits of Dr. BR Ambedkar in Law colleges. Justice GR Swaminathan, therefore, directed the Director of Legal Studies, Chennai to issue a circular mandating the installation of portraits of Dr. Ambedkar in all Government Law Colleges.

Dr.Ambedkar is the architect of the Indian Constitution. He is the very symbol of social liberation. His scholarship is unparalleled. He can be the greatest inspiration for every law student. The Director of Legal Studies, Chennai is requested to issue circular mandating the installation of the portrait of Dr.Babasaheb Ambedkar in all the Government Law Colleges in Tamil Nadu.

The judge said he would ensure that even his chambers had photographs of Dr. Ambedkar.

Charity should begin at home. As I was finalizing the draft order dictated in the open court, I looked around. I confess that the photograph of Dr.Babasaheb is not on the walls of my chambers. I resolved to make good the omission at the earliest.

The court was dealing with a plea filed by a law student who was challenging his suspension and the disciplinary action taken against him. The petitioner had sought for installation of the portrait of Dr.Babasaheb Ambedkar in the office room of the Principal and for the course to be taught in Tamil Language. However, he had uttered rude and defiant words at the Principal and had conducted himself in an undisciplined manner.

Though the petitioner had impleaded his professors, the court suggested that they be given up as the case would not be taken up in the foreseeable future if it was dealt with in a routine manner. The court suggested that the petitioner could give a handwritten apology to the Principal pursuant to which the college management could give a quietus to the issue. The court also directed the government counsel to ensure that portrait of Dr.Ambedkar had been put up in the office room of the Principal.

When compliance of the above direction was reported by the Government Advocate, the petitioner was also encouraged to accept the court's suggestion. He wrote out a handwritten letter expressing his unconditional apology to the Principal and this was handed over to the teaching staff of the college.

The court also noted that the Petitioner, who belonged to a Scheduled Caste community had not indulged in any acts of violence and had merely undertaken a legitimate public cause. He had also sought sincere apology for his actions. Therefore, the principle of proportionality demands that the matter is given a quietus, the Court said and directed the Principal to treat the matter as closed.

The court also called upon the High Court Advocates Welfare Board Trust to pay a sum of Rs. 10,000 to the petitioner which would help him to buy standard law texts. The court advised the petitioner to focus on his studies for the remaining academic years.

Dr.Ambedkar said "Be Educated, Be Organised and Be Agitated". The petitioner must focus on the first advice for the next two years.

Case Title: S Sasikumar v. The Vice Chancellor and others