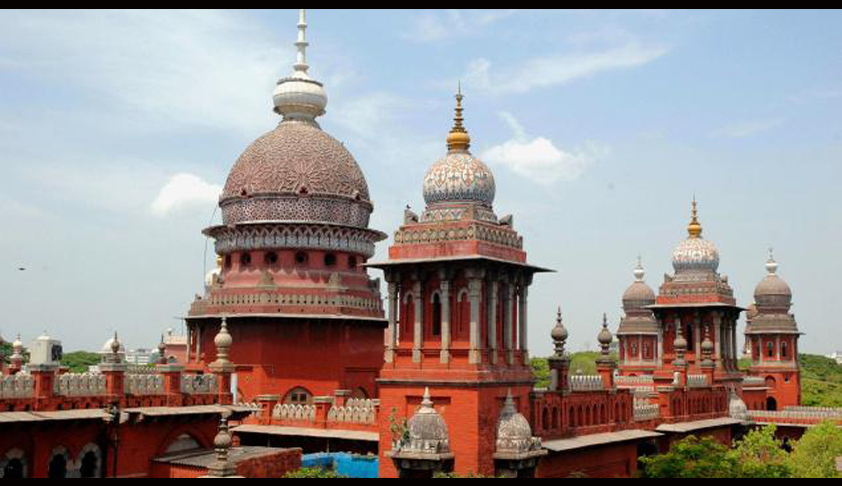 The Madras High Court has restrained the Central Government from taking any coercive action under the IT Rules 2021, against digital media platforms that are members of the Indian Broadcasting and Digital Foundation, including Sun TV Network.The development comes in a writ petition preferred by the Foundation challenging the Code of Ethics in relation to digital media platforms under Part III...

The Madras High Court has restrained the Central Government from taking any coercive action under the IT Rules 2021, against digital media platforms that are members of the Indian Broadcasting and Digital Foundation, including Sun TV Network.

The development comes in a writ petition preferred by the Foundation challenging the Code of Ethics in relation to digital media platforms under Part III of the 2021 Rules.

The Bench of Acting Chief Justice Munishwar Nath Bhandari and Justice PD Audikesavalu has granted four weeks' time to the Centre, represented by Assistant Solicitor General, to file its counter affidavit in the matter.

"In the meanwhile, the respondents are restrained from taking any coercive action against the petitioners without seeking permission of the Court", it was noted in the order.

The plea challenges vires of Rules 8-19 under Part-III [Code Of Ethics And Procedure And Safeguards In Relation To Digital Media] of the Information Technology (Intermediary Guidelines and Digital Media Ethics Code) Rules, 2021.
When the matter was taken up, Senior Counsel PS Raman for the petitioners drew the court's attention to the interim stay granted by Bombay High Court on sub-rules (1) and (3) of Rule 9 of IT Rules and a recent Kerala High Court decision directing no coercive action.

However, the Division Bench expressed its reservations about the Bombay High Court order. It observed that rules cannot be nullified without examining the constitutional validity since there is a presumption of constitutionality when the vires of a legislation is challenged.

The senior counsel then drew the Court's attention to a recent order of the then CJ-led Bench, observing that the stay granted by the Bombay High Court ought to have a pan-India effect.

IBDF is the apex body of national and regional television channels and also has online / digital streaming platforms/OTT platforms as its members.

The plea states that IBDF has set up an independent self-regulatory body called Digital Media Content Regulatory Council (DMCRC) for addressing grievances for any content made available on the digital OTT platforms of its members.

"The Impugned Rules go beyond the restrictive ambit of the grounds mentioned in Article 19(2) and more particularly, the Statement of Objects & Reasons of the IT Act, 2000, which clearly demonstrates that the focus and subject of the entire enactment is on – "Electronic Commerce" ("e-commerce") and not for dealing with content of any programme", the petition states.

One of the primary contentions of the petitioner is that the three-tier complaint redressal mechanism to supervise digital OTT Platforms will infringe the rights guaranteed under Article 19(1)(a). Moreover, the Inter-Departmental Committee in Tier III Mechanism and the Oversight Committee constituted only of executive members is against the rule of separation of powers and violative of principles of natural justice, states the petitioners.

The petitioner submits that the central government does not have the power to regulate OTT Platforms, and no provision in the IT Act empowers the Government to regulate the dissemination of content on the internet. According to the grounds made out by the petitioner, Section87(2)(zg) of the parent Act applies only to intermediaries and does not empower rule-making powers with regards to OTT Platforms.

"Evidently, 'publishers of online curated content' are not an "intermediary" as envisaged under the IT Act or even the IT Rule", it is stated relying upon Rule 2(1)(i) of the 2021 Rules.

It also adds that Section 87(2)(z) read with Section 69A(2) of IT Act does not empower rule-making qua publishers of curated content providers. Section 87(2)(z) only empowers the Government to make rules laying down the procedure and safeguards to block public access in terms of Sec.69A(2) of the IT Act. Section 69A(2) empowers the Government to prescribe the procedure and safeguards subject to which 'such blocking for access' by the public may be carried out. Section 69A does not empower the Government to impose strictures or penalties in the form of directions, adds the petitioners.

Referring to Section 87(1) which grants rule making power to the central government to carry out provisions of the IT Act, the plea contends that Impugned Rules to regulate and impose restrictions on the exercise of free speech by publishers of online curated content does not fall within the ambit of the "general rule making power" within the four corners of the Act.

It also adds that Ministry of Electronics and Information Technology (MEITY) is not empowered to curate online or digital media in the aftermath of 2020 notification that entrusts such power to the Ministry of Information & Broadcasting.

"Having a self-regulatory body headed by a retired High Court Judge (under Rule 12), for redressal of complaints is enough to maintain the adequate balance between the freedom of speech and expression on one hand and the imposition of reasonable restrictions as provided under Article 19(2). The unreasonableness, disproportionality and manifest arbitrariness is evident from the fact that the Central Government has given this self-regulatory mechanism a statutory recognition on the one hand and in the same breadth, diluted the robustness and efficacy of the said self-regulatory system by having the Executive sit in appeal over the decisions of a retired Judge", the petitioners argue.

The petition also contends that there is deprivation of opportunity to be heard before blocking content under Rules 15, 16 and 17.

Hence, the petitioner has argued that the impugned Rules are unreasonable, disproportionate, manifestly arbitrary and violate Articles 19(2), 19(6) and 14 of the Constitution.