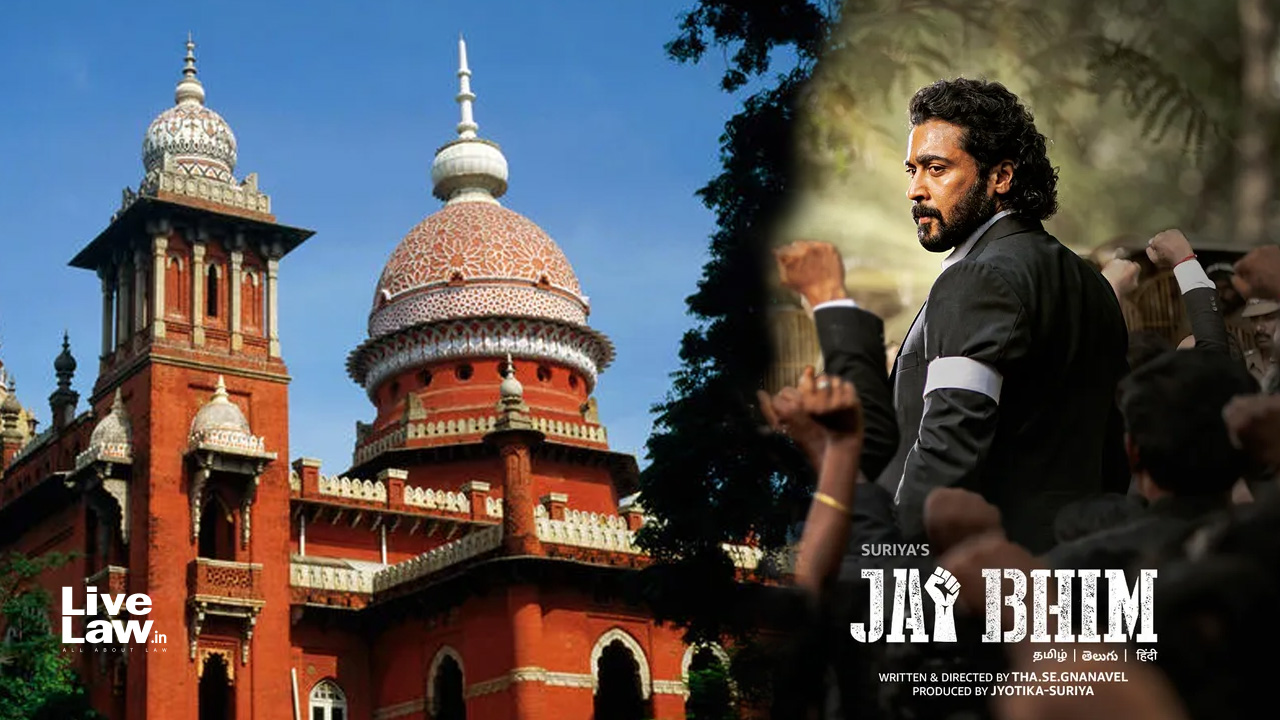 The Madras High Court on Thursday quashed criminal proceedings against cine actor Suriya and director TJ Gnanavel for allegedly hurting the sentiments of the Vanniyar community in his movie Jai Bhim.

Justice N Sathish Kumar allowed the petition filed by the actor and the director to quash the FIR filed by Velachery Police on a complaint by Advocate K Santhosh, president of Rudra Vanniyar Sena. He had approached the Saidapet Magistrate seeking direction to file an FIR. Subsequently, Surya and Gnanavel were charged under Section 295A of the IPC.
The court observed as under

Such view of the matter, considering the entire allegations contained in the FIR, this Court is of the view that offence under Section 295A of IPC is not attracted in this case. Hence, the complaint in Crime No.275 of 2022 pending on the file of the first respondent police is liable to be quashed and accordingly quashed.

The petitioners had submitted that the complainant had misconstrued that the antagonist of the movie, named Gurumurthy was an attempt by the filmmakers to tarnish the Vanniyar Community as the name Gurumurthy was similar to that of Gurunathan, former leader of Vanniyar Sangham. The de facto complainant had also the daily calendar of the Vanniyar Sangam was also used in the movie thereby tarnishing the image of the community.
The petitioner contended that the word Guru was a common one. Further, there was no material to show that the name was given to the character with the sole intention of defaming the name of one of the leaders of Vanniyar Community. This aspect was not taken note of by the court below or the respondent police officials.
The petitioners also submitted that after receiving the complaint under Section 156(3) of CrPC, the Magistrate had mechanically forwarded the complaint without even observing that proper sanctions had been obtained from the Statutory Body for screening the movie. Therefore, the FIR was only an abuse of process of law and liable to be set aside.
The court opined that though the defacto complainant had alleged that the movie was projected in such a manner to incite violence and hostility on a particular community, no specific instance had been recorded. Further, the entire FIR was only based on inference and presumption of the de facto complainant. The court also noted that mere reference to a name would not mean that the said name related to a particular community. The court also observed that in this country there are many people with similar name and therefore such assumptions could not be made. If only upon such assumption, the prosecution is allowed for the offence under Section 295A of IPC, it would certainly infringe the rights guaranteed under Article 19(1) of the Constitution.

The court also noted that to attract an offence under Section 295A of IPC, there must be deliberate and malicious intention on the part of the accused to outrage the religious feelings of any citizens. The FIR however, does not even disclose the nature of insult which outraged the particular community. Thus, Section 295A of IPC will not be attracted.

This Court is of the view that when the FIR not even discloses the nature of the insult which outraged a particular section of the people, merely on the inferences and presumptions of the defacto complainant the offence under Section 295A of IPC will not get attracted. If such inference or presumption of a particular person or some individual is given importance, no doubt it will curtail the freedom of speech and expression guaranteed under the Constitution of India.

The court observed that the Magistrate had merely forwarded the complaint without applying his mind. The Magistrate had only observed that the complaint discloses some cognizable offence but had failed to even state the congnizable offence made out. Hence, the court ordered for quashing the FIR.
Previously, through an interim order, the court had directed the Respondent police not to take any coercive actions against the actor and the director

Counsel for the Petitioner: Mr.M.S.Murali