Setting Aside Of Assessment Orders By ITAT On Technical Grounds Will Not Lead To Automatic Quashing Of Criminal Complaint: Madras High Court 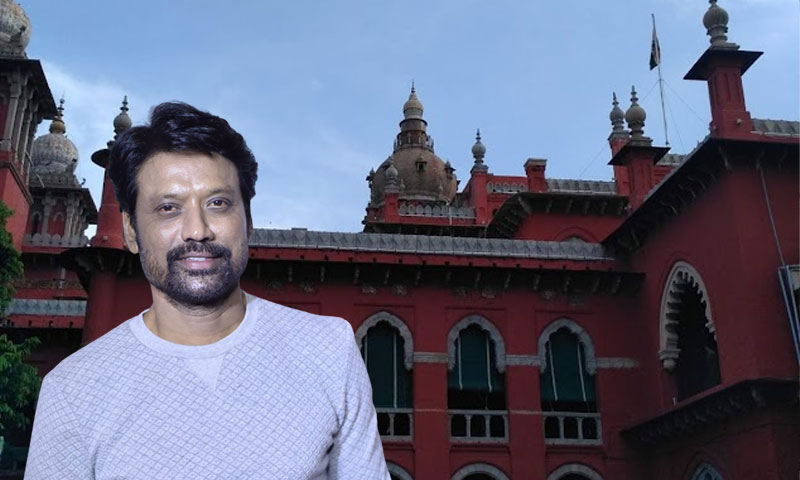 The Madras High Court recently held that when an assessment order is quashed by the Income Tax Appellate Tribunal on technical grounds, the same cannot be made a ground to evade criminal prosecution before the concerned court under the Income Tax Act.

Justice G Chandrasekharan was considering a plea filed by cine actor SJ Suryah for quashing the prosecutions against him before the Additional Chief Metropolitan Magistrate (E.O.I) Chennai, Alikulam Road on the ground that the Income Tax Appellate Authority had set aside the assessment order against him.

The court observed that the the Income Tax Appellate Tribunal disposed the appeals only on the ground of limitation and not on merits. From the complaint allegation it was clear that despite, giving notice, statutory notice as detailed in the complaint, petitioner has not filed return, paid advance tax and tax demanded, suppressed the real and true income by not filing the return in time. These matters had to be necessarily tried before the Court as the violations were liable to be prosecuted for the offences under Section 276 C (1), 276 C (2), 276 CC and 277 of the Income Tax Act, 1961.

The Petitioner/accused Mr SJ Suryah, a cine actor and Director deriving income from remuneration for acting in movies and also directing movies had suppressed taxable income during the assessment years assessment years 2002-03 to 2006-07 and 2009-10.

On account of failure to file return of income, a complaint was registered against the actor under Section 276 CC of Income Tax Act, 1961 before the EOCC Court . Aggrieved by the same, the actor had moved batch of pleas challenging the prosecution initiated by the Department before the special court for income tax cases.

Contentions of the Petitioner

The following were the contention of the Petitioner

i)the complaint is pre-mature, when the proceedings before the department are yet to conclude and reach finality.

iii)the Income Tax Appellate Tribunal makes it clear that the petitioner is not liable to pay any tax penalty or interest that could be chargeable or imposable under the Income Tax Act by the department.

iv)When that be the case, and when there is no tax, penalty or interest chargeable or imposable under the Act, prosecution under Section 276 C (1) of the Act, cannot be sustained.

vi)No prosecution under Section 276 CC of the Act, could be initiated for non

filing income tax return when the tax that could have become payable is less than Rs.3000/-. In this case, petitioner would not be liable to be pay even a rupee and therefore, prosecution under Section 276 CC cannot be maintained.

vii)Filing of false statement of verification cannot be sustained in this case as the petitioner had not filed any return of income or has made a statement which could be called as false.

Contentions of the Respondents

These petitions have been filed mainly on the reason that Income Tax Appellate Tribunal have held assessments are null and void. However, the Income Tax Appellate Tribunal has not adjudicated or given a finding on any of the grounds raised in the complaint. The order was passed solely on technical ground that the assessments were time barred. When the order was not passed on merits or grounds raised in the criminal complaint, the quashing of the proceedings cannot be prayed.

It has been consistently held by the Courts that order of assessment by the Appellate authority, will not be a bar for criminal prosecution, especially when no finding was given by the Appellate Authority on the merits of the case.

When the ingredients of offence are clearly made out in the complaint to establish that the accused has committed the offence, the complaint cannot be quashed.

Observations by the Court

Essentially, the Income Tax Appellate Tribunal disposed the appeals only on the ground of limitation and not on merits. It is further observed that other grounds relating to merits become an academic exercise, meaning that other issues raised in the complaint, especially the allegations raised in the complaints with regard to non filing of return of income, non payment of advance tax, non payment of the tax demanded, suppression of true and correct income by not filing return of income had not been considered by the Income Tax Appellate Tribunal. When the matter was not decided on merits, but only on technical ground of limitation, this Court is of the considered view, on the basis of the principles settled in Radheshyam Kejriwal Vs. State of West Bengal and another (2011) 3 SCC 581, that petitioner cannot seek to quash the proceedings in E.O.C.C.Nos.101, 102, 103, 104, 105 of 2015 on the ground that Income Tax Appellate Tribunal had set aside the assessment orders.

When it comes to quashing a criminal proceedings, it is very well settled that uncontroverted averments in the complaint without any addition or subtraction should be looked into to examine whether an offence can be made out are not. If that yardstick is applied in this case, this Court is of the considered view that respondent/complainant made out prima-facie case to proceed against the petitioner for the offences alleged in the complaint. Section 278 (e) of the Income Tax Act, 1961, empowers the Court to presume culpable mental state of the accused, unless, the accused shows that he had no such mental state with respect to the act charged as an offence in the prosecution. In this view of the matter, this Court finds that petitioner shall necessarily face the trial.