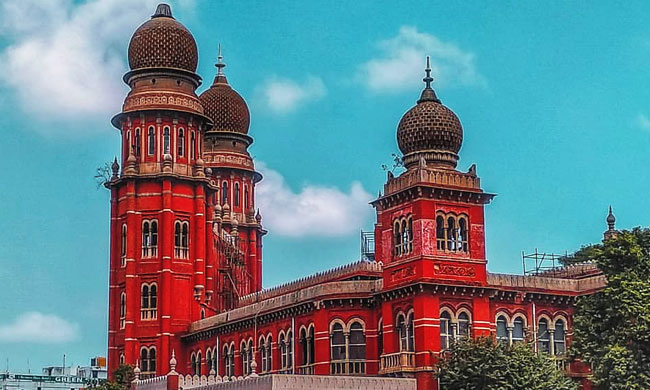 The Madras High Court has recently termed as "unfair and unreasonable" the reduction in the parliamentary seats assigned to Tamil Nadu in the Lok Sabha after the State had managed to reduce its population in 1967 owing to the implementation of successful birth control measures. It remarked that such a practice amounted to punishing States which implemented family planning...

The Madras High Court has recently termed as "unfair and unreasonable" the reduction in the parliamentary seats assigned to Tamil Nadu in the Lok Sabha after the State had managed to reduce its population in 1967 owing to the implementation of successful birth control measures. It remarked that such a practice amounted to punishing States which implemented family planning measures successfully.

The Bench comprising Justice N. Kirubakaran (since retired) and Justice B. Pugalendhi observed,

"Can successful implementation of family planning programmes of the Central Government be put against the people of the State by taking away political representations in the Parliament?"

The Court further noted that Tamil Nadu had 41 representatives in the Lok Sabha until 1962. However, consequent to a delimitation exercise, the number of Tamil Nadu constituencies for Lok Sabha was reduced by two seats to 39, owing to a reduction in population.

The Bench also enquired from the Centre as to why the Centre should not be directed to pay a notional compensation of ₹5,600 crore to Tamil Nadu for having reduced its Member of Parliament (MP) seats from 41 to 39 since the 1967 general election.

"Since population has been brought down by successfully implementing national programme for family planning, the political representations in the Parliament have been reduced from 41 to 39, which is very unfair and unreasonable. Normally, a State Government has to be honoured and complimented for successfully implementing Central Government's policies and projects etc., and interests of such State cannot be adversely affected", the Court observed.

The Court made the observations while rejecting a plea to de-reserve Tenkasi parliamentary constituency which is presently reserved only for Scheduled Caste (SC) candidates. Tenkasi is stated to have the highest SC population (21.5%), the Court noted.

It was also emphasised by the Court that the vote of every single MP matters and accordingly the Court referred to the no-confidence motion moved by the Opposition in 1999 when the Bharatiya Janata Party government, led by the then Prime Minister Atal Bihari Vajpayee, had fallen for want of a single vote.

"Every body was looking at digital board. It showed 269 Yes and 270 No. Speaker GMC Balayogi announced that confidence motion was defeated by one vote. Such was the importance of one vote in making or defeating a mighty Central Government in the largest democracy of the world ... When one Member of Parliament vote itself was capable of toppling a Government, it is very shocking that Tamil Nadu lost 2 Members of Parliament because of successful implementation of birth control in the State," the Court observed.

The Bench further went on to recommend that the State of Tamil Nadu should be compensated for the loss of political representation in the Lok Sabha over the past 14 elections since 1967. Accordingly, it was opined that the notional loss should be calculated as at least Rs. 200 crores per candidate. The compensation for the past 14 elections (two candidates per election) would come to Rs 5,600 crores, the Court estimated.

"When existing political representatives were reduced based on population count, for no fault of the State, the State should be compensated either by way of compensation or by way of additional representation in Rajya Sabha", the Court added further.

This would ensure that justice is done to States that have successfully implemented birth control programmes as per the policy of the Central government, the Court stated.

The Court further remarked that the number of Lok Sabha seats for the State should remain frozen regardless of delimitation exercises and thus observed,

"Population control cannot be a factor to decide the number of political representatives of the States in the Parliament. Those States which failed to implement the birth control programmes were benefited with more political representatives in the Parliament whereas States, especially, southern States, namely Tamil Nadu and Andhra Pradesh, which successfully implemented the birth control programmes stood to lose 2 seats in each Parliament ... States have been reorganised on linguistic basis as per the States Reorganisation Act, 1956. India is a multi religious, multi racial and multi linguistic country. Therefore, the powers should be distributed equally and there should be a balance of powers"

It further added that undue advantage through increased political representation must not be extended to States which are unable to control their population.

"States like Uttar Pradesh, Bihar, Rajasthan, Madhya Pradesh would get more seats, whereas the southern States, which are able to control the population growth would get lesser number of Parliamentary constituencies, thereby lowering the political power of the States," the Court opined.

The Bench also observed that the practice of reservation of constituencies must continue until SC candidates have prospects of winning from general or unreserved constituencies as well.

The Court then proceeded to suo motu implead ten political parties in Tamil Nadu, including the ruling DMK, the main opposition AIADMK and others and accordingly posed the following eight queries to them scheduled to be answered by the next hearing. The Bench also advocated for an amendment to Article 81 of the Constitution so that the number of Parliamentary seats could be frozen irrespective of individual States' population.

1. Could the rights of State of Tamil Nadu and other similarly placed States could be violated by reduction in number of Members of Parliament who could be elected from the State for successfully implementing birth control programmes thereby reducing the population of the State?

2. Could the States, which could not successfully implement population control programmes, be benefited with more political representatives in the Parliament?

3. Why not the Court prohibit the respondent authorities from further reducing the number of Parliamentary seats from Tamil Nadu based on future census as per population since the growth of population has been contained?

4. Why not the respondent authorities pay a sum of Rs. 200 crores (notional value of the services made by a Member of Parliament) to the State (where there is reduction in Lok Sabha representation due to decline in population)?

5. Why not the Central Government pay a sum of Rs. 5,600 crores to Tamil Nadu as it lost 28 representatives from 1962 onwards in the past 14 Lok Sabha elections?

6. Why not the respondent authorities restore 41 Member of Parliament seats to Tamil Nadu, as was there till the 1962 general elections?

7. Why not the Central Government come forward with a proposal that those States which effectively control the population in their respective States would be given equal number of seats in Rajya Sabha in lien of reduction in number of Lok Sabha seats?

8. Why not Article 81 of the Constitution be amended to maintain the same number of parliamentary constituencies irrespective of change in the population of respective States?

The matter is slated to be heard next in 4 weeks.