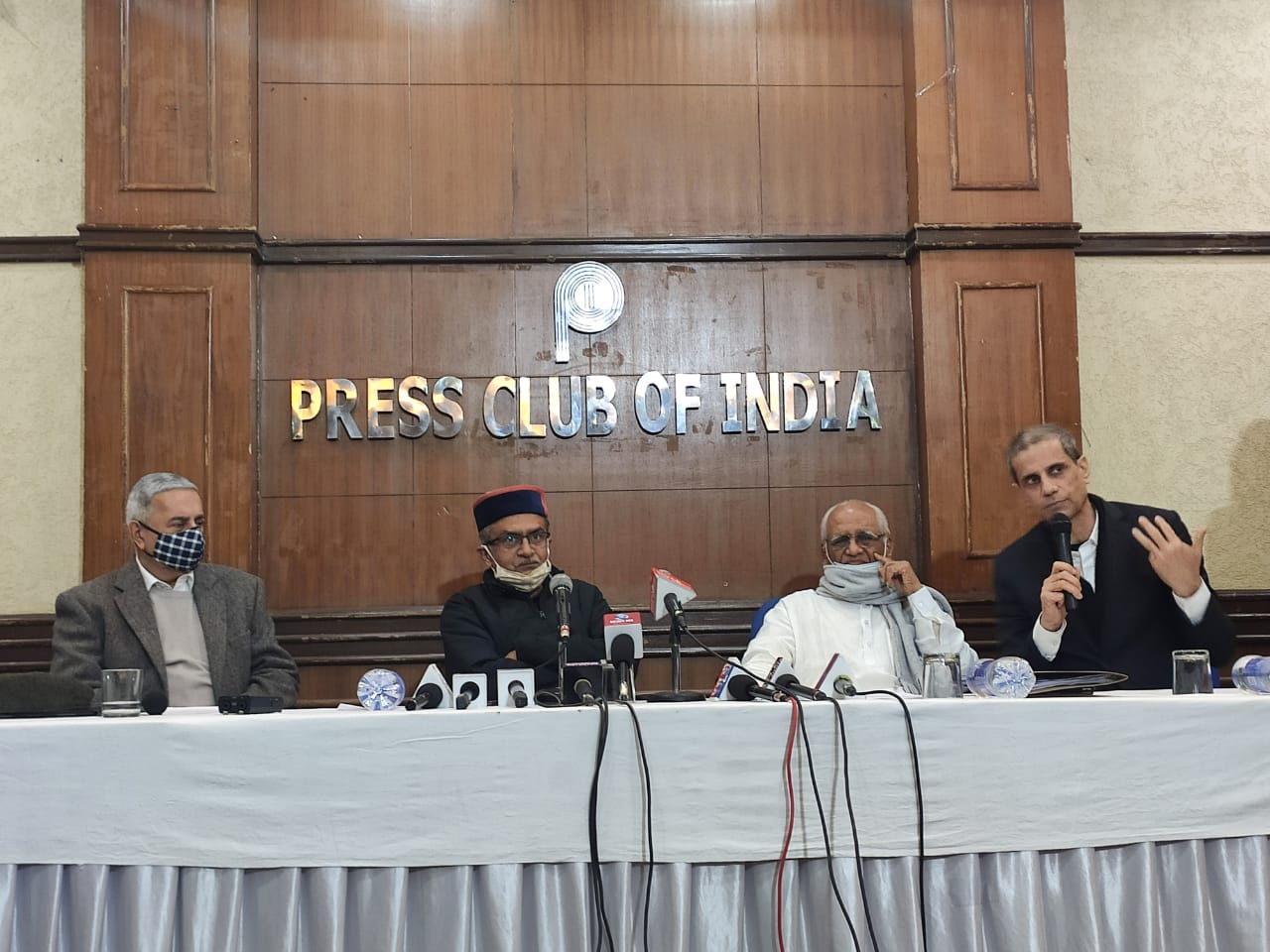 In a press meeting held at Press Club of India today, Mr. Prashant Bhushan, Sr. Adv. Chander Uday Singh and Rtd. Justice Kolse Patil, former judge of the Bombay High Court came in solidarity with the recent raid conducted on the office of lawyer Mehmood Pracha by the Delhi Police. The primary objective of the meeting was to express anguish with the incident which was in...

In a press meeting held at Press Club of India today, Mr. Prashant Bhushan, Sr. Adv. Chander Uday Singh and Rtd. Justice Kolse Patil, former judge of the Bombay High Court came in solidarity with the recent raid conducted on the office of lawyer Mehmood Pracha by the Delhi Police.

The primary objective of the meeting was to express anguish with the incident which was in complete violation on attorney client privilege of Mr. Pracha.

Adv. Mehmood Pracha is a prominent lawyer who had been handling cases of accused persons involved with the Delhi riots cases and had been instrumental in getting FIRs registered against the Delhi Police for their "one sided and mala fide investigation" due to which innocent people were also implicated in the FIRs.

A team of Delhi Police Special Cell, on 24th December 2020, had raided the premises of Mr. Mehood Pracha's office to execute a search warrant under sec. 93 of CrPC in connection with one of the FIRs registered in the Delhi riots case. According to the FIR, it was alleged that Mr. Pracha had sent certain fabricated emails to authorities through his email id. Therefore, the police, in the guise of the warrant, inserted devices into his computer to access and take information from his computer.

The incident was recorded in a video and sent to the police authorities. However, despite many requests by Mr. Mehmood Pracha, the police has not provided him with a the video so made. In view of this, a complaint was made by Mr. Pracha alleging that the officers who had come to search the premises threatened him using the name of Home Minister Amit Shah.

GREIVANCES RAISED IN THE PRESS MEETING

The primary contention raised by the three speakers in the press meeting was that what was the need of raiding the computer sources of Mr. Mehmood Pracha's office when the mail could have easily been available from the authorities to whom it was sent? According to the press meeting, the objective of conducting the raid was "to get hold of all the information in his computer systems which not only contained his personal and private information but in particular contained communications between him and his clients which are protected."

The speakers had expressed their concerns on the gross violation of law by the Delhi Police in a mala fide manner as the attorney client privilege has been given protection under sec. 126 of the Indian Evidence Act, 1872.

Another issue raised in the press meet was that no summons or orders were issued under sec. 91 of CrPC CrPC calling upon Mr. Pracha to produce the allegedly incriminating documents before taking recourse to the drastic remedy of a search and seizure operation.

The speakers while addressing the media had also stated that none of the conditions of the CrPC was met by the Delhi Police nor had the Metropolitan Magistrate recorded his satisfaction about the existence of such preconditions.

It was therefore addressed by the speakers that:

"If the police wanted a particular email sent by Mr. Pracha to the authorities on behalf of Sharif Malik, they could have asked him to produce that under section 91 of the CrPC. Thus the use of Section 93 to conduct a search and try and take away the hard disks of his computers and/or all information in his computers is not merely illegal and a violation of the evidence Act and Bar Council Rules but is a clearly malafide attempt by the Police to intimidate and harass Mr. Pracha."

The press meeting was addressed by: