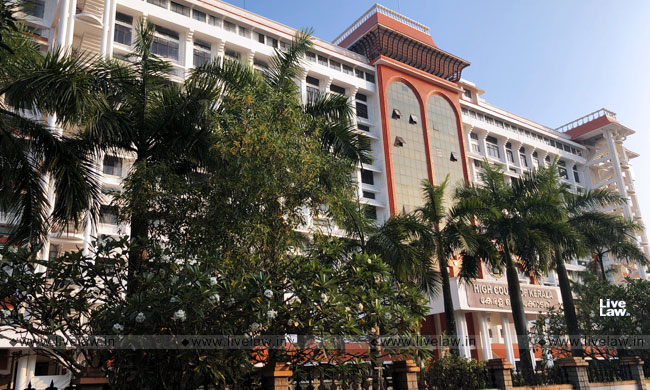 The High Court of Kerala has struck down Rule 21A(2) of the Kerala Minimum Wages Rules which mandated the payment of wages electronically through bank accounts. However, the Court has upheld the other amendments brought through the Kerala Minimum Wages (Amendment) Rules 2015 regarding the maintenance of electronic records relating to the wage information of employees and uploading of...

The High Court of Kerala has struck down Rule 21A(2) of the Kerala Minimum Wages Rules which mandated the payment of wages electronically through bank accounts.

However, the Court has upheld the other amendments brought through the Kerala Minimum Wages (Amendment) Rules 2015 regarding the maintenance of electronic records relating to the wage information of employees and uploading of the same through the 'Wage Payment System" developed by the department.

A division bench comprising Justices K Vinod Chandran and V G Arun was considering a batch of appeals filed by various employers against a 2018 judgment of the single bench which had upheld the amendments completely.

The division bench held that Rule 21A(2), which mandated e-payment of wages through bank accounts of the employees, was contrary to Section 11(1) of the Minimum Wages Act 1948 which mandated payment in cash.

The Court noted that while the Parliament has amended the Payment of Wages Act in 2017 to facilitate payment through bank account, no such amendment has been made to the MW Act.

"Viewed in this manner, we have to find that the prescription made by sub-rule (2) of Rule 21A, that the employers of the scheduled employments should pay and disburse the wages to the employees only through individual Bank accounts would be in violation of the specific statutory mandate", the bench observed.

The Rule is in direct conflict with the statutory provision, which mandates payment in cash. This could also expose employers to penalty under the Act for not complying with Section 11(1), even though they might have acted as per the Rules, observed the Court.

The bench observed that "there can be no insistence that the minimum wages will be paid through the bank accounts or through the WPS system of the Department."

However, the Court clarified that if the employer voluntarily makes payment through bank with the consent of employees, there will be no violation of Section 11(1) of the Minimum Wages Act.

Advocates Benny P Thomas, Adarsh Kumar and K K Premlal, appearing for the appellants, submitted the Amendments were ultra vires the provisions and objects of the parent Act. It was contended that the procedure was cumbersome, unworkable and unreasonable.  It was also argued that the provisions would result in compelling the disclosure of confidential information, infringing the privacy of employers.

State Attorney K V Sohan defended the Rules stating that it was framed with a laudable intention of bringing more transparency in the process by utilizing the technological advancements.

The division bench observed that it "broadly agreed" with the findings of the single bench, except on the issue of e-payment of wages.

The court also relied on the decision of the apex court in Khoday Distilleries Ltd. v. State of Karnataka where it was held that a subordinate legislation can be questioned only on the ground of "unreasonableness not in the sense of it being 'not reasonable' but in the sense that it manifestly unjust".

"There can be no ground taken of the maintenance of records digitally being against the provisions of the Act, since Sections 6 & 7 of the Information Technology Act, 2000 validates digital maintenance of documents, records or information which are to be maintained under any law and deems it to be a proper maintenance as per that enactment.

It cannot also be alleged that there is a cumbersome procedure, since what has been earlier mandated to be physically recorded in Registers has now been directed to be recorded in the electronic media", the bench observed.

Rejecting the argument on infringement of privacy, the bench said that the information was secured by password, ensuring no unauthorized third party access. Also, these details were even otherwise accessible to officers under the Act through physical inspection of records.

Another contention raised by the appellants was on the alleged discrimination as the Amendment covered six scheduled employments.

Discarding this, the court observed,

"The State, in its wisdom, has picked certain industries for initial coverage under the Amended Rules, which has been introduced for the first time. On looking at the industries specified, we presume; no other specific ground of discrimination having been raised, that the State first picked up those industries wherein the employees are evidently unorganized and the number of employees far less than other establishments."

While partly allowing the appeal, the court directed the employers of the scheduled employments to be granted three months time to commence uploading of Form XVI in WPS of the employee without the account number if not voluntarily provided.