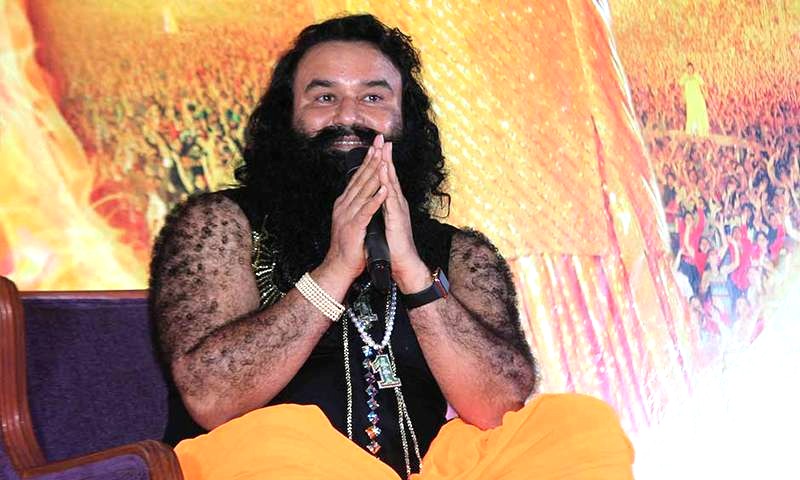 Justice Arvind Singh Sangwan of Punjab and Haryana High Court on Thursday recused himself from hearing the plea to transfer the murder trial against Dera Chief Gurmeet Ram Rahim Singh pending before special CBI judge, Panchkula, noting that he appeared as a lawyer on behalf of Ranjit Singh (regarding whose murder trial, the petition was filed).Justice Sangwan has now directed that the case...

Justice Arvind Singh Sangwan of Punjab and Haryana High Court on Thursday recused himself from hearing the plea to transfer the murder trial against Dera Chief Gurmeet Ram Rahim Singh pending before special CBI judge, Panchkula, noting that he appeared as a lawyer on behalf of Ranjit Singh (regarding whose murder trial, the petition was filed).

Justice Sangwan has now directed that the case be listed before some other Bench, after obtaining the appropriate orders from Hon'ble the Chief Justice.

Earlier, the Bench had restrained the special CBI judge, Panchkula from pronouncing the verdict on August 26, in the Ranjit Singh's murder case, who was allegedly killed by Dera Chief Gurmeet Ram Rahim Singh.

The Special CBI judge Panchkula, Sushil Kumar Garg, was set to pronounce verdict on August 26, however, the Bench of Justice Arvind Singh Sangwan had restrained the Court from doing so.

Thereafter, a report was sought and filed by the Special Judge, and the High Court was set to pronounce its order on September 2 as to whether the trial would be transferred or not, however, Justice Sangwan yesterday recused from hearing the matter any further,

The court ordered this after hearing the plea filed by the son of the deceased Ranjeet Singh, who moved the High Court Punjab and Haryana High Court seeking transfer of the case to another CBI court in Punjab, Haryana, or Chandigarh.

Jagseer Singh, the son of late Ranjeet Singh has alleged that the presiding judge is unduly influenced by the accused through respondent No. 2 (public prosecutor of CBI).

He has alleged that though the prosecutor is not directly linked to the case, however, he seems to be interfering with the trial and takes undue interest and wields undue influence on the presiding officer.

Allegations made in the plea

The plea avers that Respondent No.2 is not the master of the Prosecution nor in any manner connected with the trial, still he constantly appears in the the trial case before the Special Judge CBI, Panchkula and that he is spearheading the trial and influencing the Presiding Officer.

"The presence of respondent 2 during the trial is most suspicious as rather assisting the special Public prosecutor Mr. Verma in this case, he seems to guide the learned presiding officer in peculiar ways. Each time after hearing arguments on any application or point, the learned presiding officer will look towards respondent 2 and as per his node will do accordingly," the plea submits.

The plea also argues that it is an open secret that there exists a fiduciary relationship between Respondent No.2, Public Prosecutor for the CBI and the Presiding Officer.

"Every nook and corner of the complex is aware of the close relation of Respondent No.2Public Prosecutor for the CBI with the Presiding Officer which is incepted due to the extraneous considerations offered to the Respondent No.2," the plea adds further.

Against the backdrop, the petitioner has sought the transfer of case no. CHI/1864/2013 titled as 'CBI vs. Baba Gurmeet Ram Rahim Singh and Ors.' pending before the Special Judge CBI, Panchkula to another CBI court in Punjab, Haryana or Chandigarh.

According to the CBI charge sheet, Ram Rahim had thought that Ranjit Singh, a resident of Kurukshetra, was behind the circulation of an anonymous letter alleging sexual exploitation of female followers in Dera and therefore, he hatched a conspiracy to kill him.

The Dera chief is presently lodged in Sunaria jail in Rohtak district, as he has been convicted of raping two sadhvis in the year 2017 by the special CBI court in Panchkula and was sentenced to 20-year imprisonment.

In 2019, the same court had sentenced him to life imprisonment in the 2002 murder of Sirsa-based journalist Ram Chander Chhatrapati.