A Mahommedan Can't Execute Will For More Than 1/3rd Share Of His Property Without Consent Of All Legal Heirs: Chhattisgarh High Court 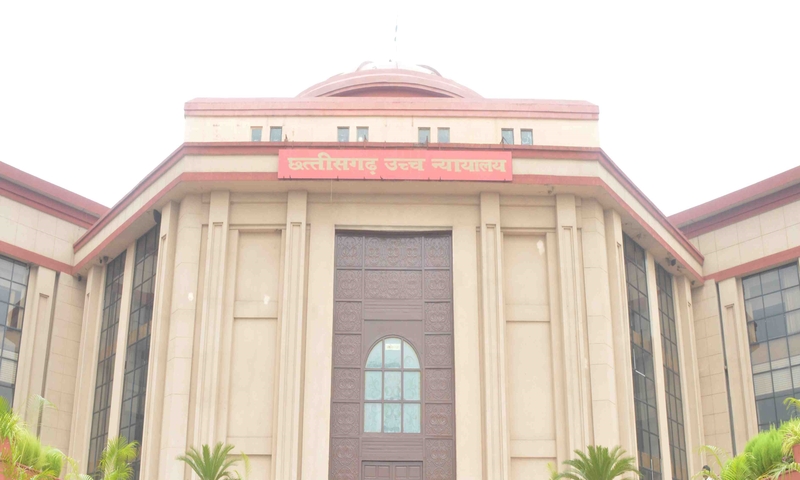 The Chhattisgarh High Court has recently held that a Mahommedan cannot by Will dispose of more than a third of his estate, after payment of funeral expenses and debts.

Justice Narendra Kumar Vyas observed that the following conditions must be filled up for a valid will to be executed by Mahomedan:

(a) A bequest may be executed by any Muslim to another, including an institution and a class of people;

(c) A bequest must be made of some subject;

d) Formalities of making a Will must be fulfilled;

(e) Only one-third of property can be bequeathed;

(f) Bequest to heirs is restricted;

The observation was made in a second appeal, whereby the Appellants had moved against the judgment and decree passed by District Judge, Korea, declaring that the Respondent herein is title holder of the suit property.

The substantial question of law before the Court in this appeal was whether the Will executed by Noor Mohammad (Ex. P-2) on the basis of which the Respondent claimed title, is proved in accordance with the law, more particularly, the law relating to Hiba under the Mohammedan Law?

It also referred to a judgment of the Patna High Court in Abdul Manan Khan v. Murtuza Khan, wherein it was held that for the purpose of giving effect to a will whereby a testator has bequeathed more than 1/3rd interest either to a testator or to a heir, consent is required in relation thereto of the heirs only after the death of the testator.

In this backdrop, the High Court noted that in the instant case, Noor Mohammad though died issueless, had residuary descendants, who are entitled to inherent the property in terms of Section 65 of the Act.

Further, it noted that since no consent from the residuaries was obtained, therefore, the Will was not executed as per the procedure provided under the Mahomedan Law.

"The learned First Appellate Court while allowing the appeal has recorded the finding that the Will has been proved beyond doubt by the evidence of attesting witness as well as plaintiff witness. Learned trial Court recorded a finding that no suspicious circumstances is available against the Will which is perverse and contrary finding as the defendants in their written statement before the trial Court clearly pleaded that the Will has been executed ignoring the provisions of Mahomedan Law, therefore, the Will is not a valid Will," Court said.

Thus, the substantial questions of law was answered in favour of the Appellant by recording a finding that a Mahomedan cannot by Will dispose of more than a third of his estate after payment of funeral expenses and debts.