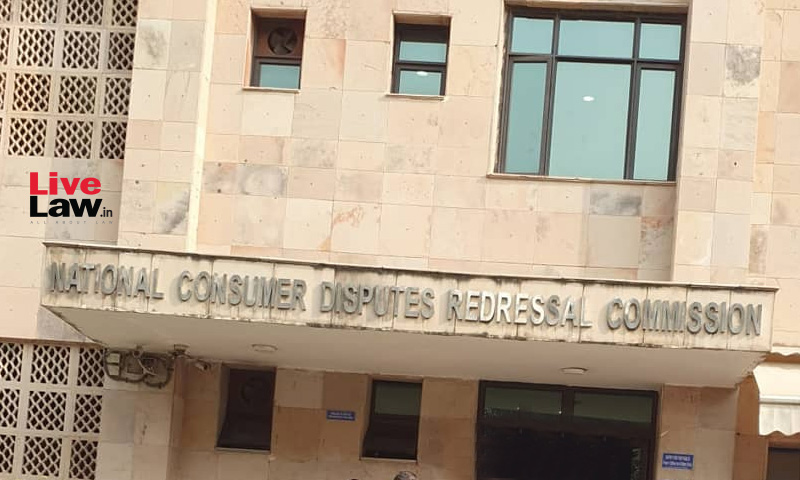 The bench of National Commission comprising Justice R.K. Agrawal, President and Dr. S.M. Kantikar, Member has observed that, no amount of money can turn back the time and reverse the harm already done, but receiving compensation for unnecessary surgery or surgical errors can at least help the patient to overcome some of the challenges that lie ahead.

Commission stated that, mistakes can and do happen, at the same time, an operation is a stressful experience, enduring pain and discomfort afterwards can worsen this emotional distress, not only for a patient but also for her husband and loved ones.

In this case, Dr. A. K. Jain ('Opposite Party No. 1') and Dr. Usha Jain ('Opposite Party No. 2) performed Caesarian delivery (LSCS) of Sweta Khandelwal ('Patient') at Rishabh Medical Centre, Delhi ('Opposite Party No. 3'). The patient was discharged on 18.09.2012, though her condition was not good. She again visited the doctor who told that it was a problem of indigestion. On 23.09.2012, she developed unbearable abdominal pain and her abdomen was swollen like balloon. On the next date, she was admitted to St. Stephen Hospital at Delhi. The doctors found infected sponge and 1.5 litres of pus in the pouch of Douglas (POD). Being aggrieved by the alleged carelessness of the Opposite Party No.1, the Complainant filed a Complaint before the District Forum, Delhi. The District Forum, partly allowed the Complaint and awarded compensation of Rs. 10 lakhs against the Opposite Parties. Aggrieved by the decision of District Forum the Opposite Parties (doctors and hospital) filed a First Appeal before the State Commission. The State Commission allowed the Appeal and set aside the order passed by District Forum.

Aggrieved by the decision of State Commission Delhi the petitioner (patient) filed an appeal before the National Commission under Section 21(b) of the Consumer Protection Act, 1986.

Before the National Commission, the complainant, submitted that, it was a case of gross negligence on the part of the Opposite Party No. 2, who left the sponge in the abdomen during the LSCS operation.

The respondents (Doctors and Hospital) submitted that, the Complainant concealed the previous LSCS done five years back and it was the possibility that the sponge remained there since then. It was argued that the USG could not give conclusive findings in the back of the belly. At the time of LSCS the doctor opens abdomen from front midline and has no access to the back side. Therefore, there was no chance to miss the alleged sponge in POD which was found by the St. Stephen Hospital.

The issue for consideration before the National Commission was whether the doctors and hospital are liable for the medical negligence or not.

Commission observed that, WHO surgical safety checklist should be strictly adhered to. In case of discrepancy in count, appropriate action should be taken immediately to decrease morbidity of the patient. In case, patient presents with post-operative complications like fever with abdominal pain or discharge from wound, a high index of suspicion for retained sponge should be considered.

Commission stated that "The Opposite Party was putting blame on the Complainant. We are surprised how the Opposite Party No. 2, an experienced Gynaecologist, while examining the patient, failed to see the operative scar of the previous LSCS of the instant patient. Secondly, it is more relevant to rely upon the Medical Record of St. Stephen's Hospital. We note at the time of admission, the abdomen was distended, firm mass felt. The Ultrasound done on 24.09.2012 revealed uterus and a Heterogeneous Collection, it was suspected as pus collection. The patient was properly investigated and operated. After the operation, the pus culture sensitivity was done and treated the patient with appropriate antibiotics. Thirdly, the operative findings recorded by the surgeon at St. Stephen's Hospital confirm the above findings. Therefore, the sufferings of the patient were due to the pelvic abscess because of retained sponge after LSCS."

The bench stated that, mistakes can and do happen, at the same time, an operation is a stressful experience, enduring pain and discomfort afterwards can worsen this emotional distress, not only for a patient but also for her husband and loved ones.

Commission after relying upon the above judgments, held the Opposite Parties liable for medical negligence.

The bench regarding the compensation in such injuries and distressing experience, stated that, of course, no amount of money can turn back the time and reverse the harm already done, but receiving compensation for unnecessary surgery or surgical errors can at least help the patient to overcome some of the challenges that lie ahead.

Commission relied upon the case of Nizam's Institute of Medical Sciences vs. Prashant S. Dhanaka, where it was held that, the Judge in medical negligence litigation has complete and absolute discretion in awarding compensation, therefore unless evidentiary proof of the expenses incurred, or proposed expenses, is provided, the judge may in his/her own capacity determine the claim to be excessive or not reflective of prevalent costs.

Commission noted that, the sponge was removed at St. Stephen's Hospital. Thus, the operative details and findings of DMC prove that medical negligence is attributed on the treating doctor (surgeon). Adverting to the quantum of compensation, it is highly subjective in nature in the medical negligence cases. The Complainant has not filed the details of expenses, however, the District Forum awarded Rs. 10 lakhs, which is on higher side.

National Commission reduced the compensation to Rs. 5 (five) lakhs. Commission set aside the Order of State Commission and directed the opposite parties to pay Rs. 5 lakhs to the Complainant within 6 weeks.