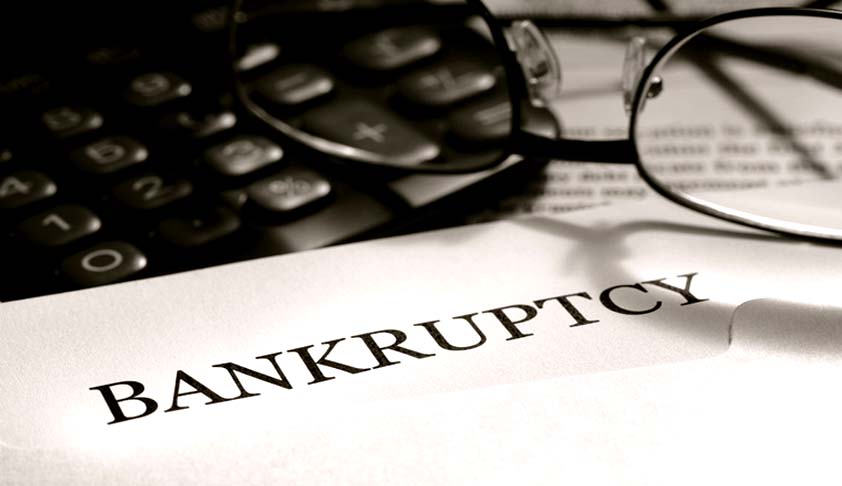 The National Company Law Tribunal, Mumbai bench, has slapped a cost of Rs 10 lakh on Tata Chemicals Limited for filing a petition fraudulently/with malicious intent against a Maharashtra-based company for the initiation of Corporate Insolvency Resolution Process (CIRP) by giving false information to the tribunal and even vouching for it by way of an affidavit.A bench of VP Singh (member...

The National Company Law Tribunal, Mumbai bench, has slapped a cost of Rs 10 lakh on Tata Chemicals Limited for filing a petition fraudulently/with malicious intent against a Maharashtra-based company for the initiation of Corporate Insolvency Resolution Process (CIRP) by giving false information to the tribunal and even vouching for it by way of an affidavit.

A bench of VP Singh (member judicial) and Ravikumar Duraisamy (member technical) directed Tata Chemicals to pay the cost of Rs 10 lakh in the account of the Prime Minister National Relief Fund.

The bench also reiterated damages a claim for damages does not become operational debt until the liability is adjudicated upon and damages assessed by an adjudicatory authority.

In the instant case, Tata Chemicals (operational creditor) had filed a petition under Section 9 of the Insolvency and Bankruptcy Code, 2016, for initiation of CIRP against the corporate debtor, Raj Process Equipments and Systems Private Limited, which was represented by advocate Karl Tamboly along with advocate Kunal Kanungo from Cogito Legal.

In its petition, it submitted that it had advanced a principal amount of Rs 9,19,40,000 whereas amount given as advance to the corporate debtor was only Rs 4,40,000. Tata Chemicals even filed an affidavit in this regard.

"The above assertion in the petition clearly shows that the petition has been filed on wrong facts to start CIRP by giving false information. There is no such case of the Petitioner that it has advanced Rs 9,19,40,000 as principal amount to the Corporate Debtor. By advance of Rs 4,40,000, the Petitioner has filed this petition, showing the principal amount of Rs 9,19,40,000 and has further filed the Affidavit certifying the contents of the Petition.

"This clearly shows that Petitioner has filed this Petition for initiation of CIRP fraudulently or with malicious intent for any purpose other than for the resolution of insolvency, which comes under the purview of Section 65 of the IBC. Actual amount advanced was Rs 4,40,000, but the Petitioner has falsely claimed Rs 9,19,40,000/- as the principal amount, which is 209 times of the actual advance amount," said the tribunal.

"Petitioner's claims do not fall within the definition of Operational Debt. Petitioner has filed false affidavit to prove that the actual principal amount due is Rs 9,19,40,000 instead of Rs 4,40,000. Therefore, Petition is dismissed with costs of Rs 10,00,000 which is to be paid by the Operational Creditor within 30 days from today. The cost of Rs 10,00,000 is to be paid in the account of the "Prime Minister National Relief Fund," ordered the tribunal.

In the instant case, TATA Chemicals Limited had approached Raj Process for designing, building, transporting, erecting and commissioning a double-effect evaporator at its plant at Sirperumbudur, Tamil Nadu, and a purchase order was raised.

Tata Chemicals made an advance payment of Rs 4.40 lakh, which was 10 per cent of the total purchase amount and the delivery date of the evaporator was up to 30.9.2016.

While Tata Chemicals told the tribunal that despite its repeat reminders, the corporate debtor failed to deliver the product forcing it to terminate the contract and seek refund of advance payment of Rs 4.40 lakh and also Rs 9,15,00,000 towards financial loss, Raj Process' counsel said the company was ready with the machinery and the delay was on account of frequent changes in specifications from the end of Tata Chemicals who did not get the machine inspected despite repeat requests.

They also submitted that the petitioner was not really interested in lifting the machinery but only interested in making a claim against the corporate debtor and with that intention, insisted on renewal of bank guarantee and then autocratically terminated the purchase order and demanded a baseless and hyper-inflated claim of Rs 9,15,00,000.

Damages claimed are not debt until adjudicated

"In this case, the Petitioner has raised claim of Rs 5,00,000 per day for loss of production, which is not only in nature of consequential damages, but also completely arbitrary and baseless, which cannot be relied upon in absence of adjudication. The alleged claim is not adjudicated by any competent authority in law, and hence, such a claim cannot be described as 'Operational Debt'," the tribunal said agreeing with the argument of Raj Process.

It referred to the Supreme Court case titled Union of India vs Raman Iron Foundry, wherein it was held that "the claim for unliquidated damages does not give rise to a debt until the liability is adjudicated upon and damages assessed by an adjudicatory authority. When there is a breach of contract, the party who commits the breach does not eo instanti incur any pecuniary obligation nor does the party complaining of the breach become entitled to a debt due from the other party. The only right which the party aggrieved by the breach has is the right to sue for damages, and this is not an actionable claim".

In another matter titled E-City Media Private Limited vs Sadhrta Retail Limited from the Bombay High Court, it was held that "Petition for winding up cannot be maintained upon a claim for damages. Damages become payable only when they are crystallised upon adjudication…Damages require adjudication. Until then, the liability of a party in alleged breach of a contract does not become crystallised".

The tribunal then went on to add that, "It is also important to point out that Petitioner had neither provided any goods nor any services to the Corporate Debtor. There is no amount given by the Petitioner to the Respondent in nature of debt. On the other hand, the Corporate Debtor is a vendor, and the applicant has not made payment to it. Hence the petitioner is not an Operational Creditor as defined under the IBC".

"It is pertinent to mention that till filing of the petition, alleged compensation amount of Rs 9,15,00,000 was not even quantified. Even though the Petitioner, in Part IV of the Petition has mentioned actual financial damages of Rs 9,15,00,000. Further, the petitioner has mentioned Rs 9,19,40,000 as principal amount, whereas amount given as advance to the corporate debtor was only Rs 4,40,000," it said.

"Since the total contract value as per the Purchase order was Rs 44,00,000, therefore the maximum compensation/penalty ,in case of breach of contract by the corporate debtor, which could have been claimed, would have been 5% of the contract value, i.e. Rs 2,20,000," concluded the tribunal.