NIA Act- It Would Be A Traversity Of Justice If A Convict's Appeal Is Not Heard On Merits On Account Of Bar Of Limitation: Delhi HC [Read Judgment] 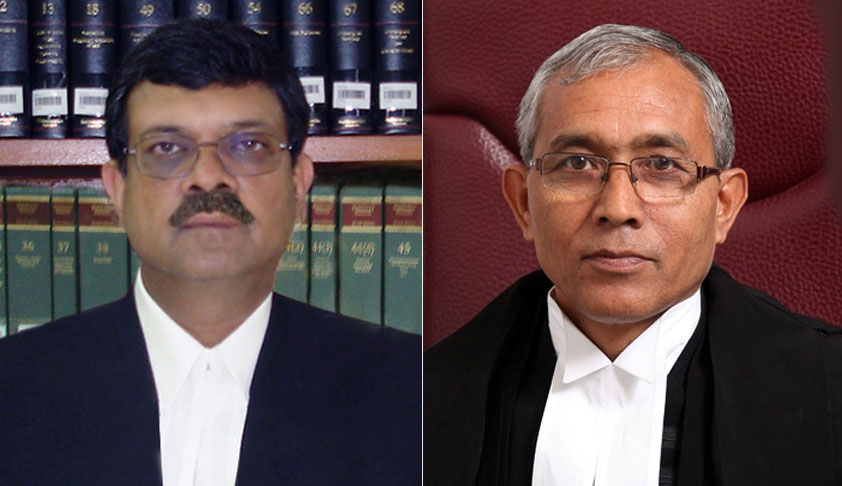 In a significant judgment upholding rights of accused especially the right to liberty, Delhi High Court allowed the application of an accused person namely Farhan Sheikh while condoning the delay in filing and re-filing the appeal saying appellant has shown "sufficient cause" for the delay. Bench of Justice Vipan Sanghi and Justice I.S.Mehta while passing the judgment noted that they...

In a significant judgment upholding rights of accused especially the right to liberty, Delhi High Court allowed the application of an accused person namely Farhan Sheikh while condoning the delay in filing and re-filing the appeal saying appellant has shown "sufficient cause" for the delay.

Bench of Justice Vipan Sanghi and Justice I.S.Mehta while passing the judgment noted that they are dealing with the right of an accused/ convict, whose personal liberty stands curtailed by the conviction and the impugned order on sentence passed by the Special Court and in their view, it would lead to the travesty of justice if the appellant's substantive appeal is not heard on merits, and is rejected at the threshold only on account of bar of limitation prescribed under Section 21(5) of the National Investigation Agency Act, particularly, when the appellant has moved the application under Section 5 of the Limitation Act.

"A full – scale re- examination of the facts and the law is made an integral part of fundamental fairness or procedure. Pertinently, Section 21(1), in terms, states that an appeal shall lie from any judgement, sentence, or an order, not being an interlocutory order of a Special Court, to the High Court "both on fact and under law". Thus, when the Parliament enacted Sub-Section (1) of Section 21, it did so in recognition of the universal requirement of the guarantee of the life and personal liberty of a human being to seek one full fledged review by a higher Court/ Tribunal in respect of the judgement, sentence or order by which he is aggrieved. The provision of appeal – both on facts and law, under Section 21 of the NIA Act, is an integral part of fundamental fairness or procedure".

Court was hearing applications preferred by the appellant to seek condonation of 314 days in filing the present appeal, and condonation of further 44 days in re-filing the appeal. The present appeal had been preferred by the appellant under Section 374 and 375 Code of Criminal Procedure, 1973 read with Section 21 of the National Investigation Agency Act, 2008. The appellant had preferred the appeal to seek setting aside of the order on sentence dated 24.01.2017 passed in Sessions Case by the Learned District and Sessions Judge, Special Court NIA, Patiala House Courts. The appellant had accepted his conviction for the offences punishable under Section 120B IPC and Section 18, 20, 38 and 40 of the Unlawful Activities Prevention Act, 1997 (as amended).

Limitation Law is for ventilation of grievances

Placing reliance on the decision of the Full Bench of the Allahabad High Court in In Re Provision Of Section 14A Of SC/ST (Prevention Of Atrocities) Amendment Act, 2015, Court observed that the object of the law of limitation is to instill a sense of discipline amongst litigating parties, and to ensure that parties ventilate their grievances and invoke their rights to remedy in a reasonable time.

"The law of limitation is generally understood to bar the remedy and not extinguish the right itself. At the same time, the law recognises that a party may be prevented by sufficient cause and for good reasons, from invoking his legal remedy within the time prescribed. It is for this reason that the law of limitation generally permits the filing of belated applications and appeals etc. with explanation and disclosure of sufficient cause to enable the Court to consider whether to condone the delay, or not."

NIA Act not a complete code in itself

On the question whether the NIA Act is a complete code in itself or not based on submissions advanced by counsels, court answered in negative and said that NIA Act, as a whole, can certainly not be described as a complete Code in as much, as, several provisions thereof show that the said Act has to be read in conjunction with other laws. It said further that the Act, itself, has been enacted to constitute an investigation agency at the national level and to prosecute offences affecting the sovereignty, security and integrity of India, security of State, friendly relations with foreign States, etc. Thus, so far as the constitution of NIA is concerned, it a complete code. However, the same cannot be said about the substantive offences, and the procedural laws which would be applicable for the purpose of investigation and conduct of trial of such offences.

"Even if, the Act is considered to be complete Code in so far as it provides the right of appeal, in the light of the aforesaid discussion, we are inclined to hold that the prescription of limitation in Section 21(5) of the NIA Act is directory and not mandatory and that the High Court is empowered to entertain and consider application under Section 5 of the Limitation Act seeking condonation of delay in filing the appeal. The said application is maintainable," court remarked.

No prejudice suffered by state by delay in filing of appeal

Considering the situations of accused-appellant, court said that it is not difficult to imagine the difficulty that a person, who is incarcerated in a high security prison, faces in either communicating with the outside world or in being able to arrange the necessary documents so that his appeal could be prepared and filed in time. He is wholly dependent on his friends and family and if they take matters lightly, it is he who suffers.

"The prescription of a limited duration for which the Court may condone the delay– and no more, irrespective of the justification for the delay, is the imposition of a statutory bar upon the power of the Court to exercise its discretion to condone the delay beyond the specified period. This kind of prescription by the legislature has to be viewed in the context of the particular right involved. In our view, if it curtails the most fundamental and basic right i.e., the right to life and personal liberty, the same has to be viewed in a completely different perspective, and it cannot be construed as mandatory".

"The delay in filing the appeal is not so grave that the respondents could claim that it has destroyed its record. That is not even a plea taken by the respondent. It is the appellant, who continues to suffer incarceration. Therefore, it is he, who has suffered prejudice on account of his own delay. The respondent has not suffered any prejudice due to the said delay," court observed.