Independent Assessment Of Merits Of Award Cannot Be Made In An Arbitration Appeal: SC [Read Judgment] 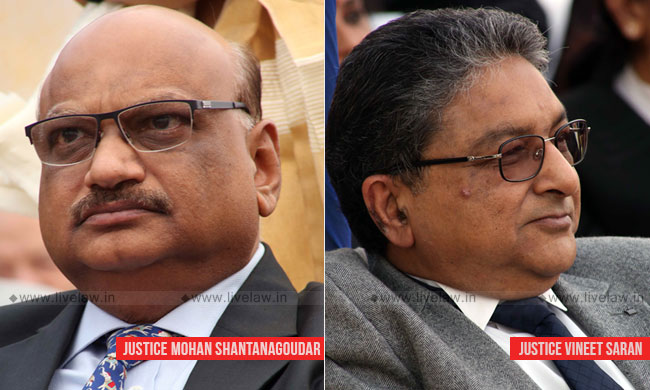 x
“The Court cannot undertake an independent assessment of the merits of the award, and must only ascertain that the exercise of power by the Court under Section 34 has not exceeded the scope of the provision”
Your free access to Live Law has expired
To read the article, get a premium account.

The Supreme Court has observed that, a court while considering an appeal under Section 37 of the Arbitration and Conciliation Act, cannot undertake an independent assessment of the merits of the award.

The bench comprising Justice Mohan M. Shantanagoudar and Justice Vineet Saran observed that, in such appeals, the court must only ascertain that the exercise of power by the Court under Section 34 has not exceeded the scope of the provision.

In MMTC Ltd. vs. Vedanta Ltd., the Delhi High court division bench had dismissed the appeal against single bench order rejecting the challenge to the majority Award passed by the Arbitration tribunal.

Justice Shantanagoudar, in the judgment explained the position of law with respect to the scope of interference with an arbitral award. The court observed that, while considering petition under Section 34, a court does not sit in appeal over the arbitral award and may interfere on merits on the limited ground provided under Section 34(2)(b)(ii), i.e. if the award is against the public policy of India. The bench also took note of 2015 amendments, and briefly explained the changes. It said:

"The 2015 amendments to Section 34, the above position stands somewhat modified. Pursuant to the insertion of Explanation 1 to Section 34(2), the scope of contravention of Indian public policy has been modified to the extent that it now means fraud or corruption in the making of the award, violation of Section 75 or Section 81 of the Act, contravention of the fundamental policy of Indian law, and conflict with the most basic notions of justice or morality. Additionally, sub-section (2A) has been inserted in Section 34, which provides that in case of domestic arbitrations, violation of Indian public policy also includes patent illegality appearing on the face of the award. The proviso to the same states that an award shall not be set aside merely on the ground of an erroneous application of the law or by re-appreciating of evidence."

On Appeal jurisdiction, the court observed that the only question that is to be ascertained is whether power by the Court under Section 34 has not exceeded the scope of the provision. It said:

In facts of the case, the bench affirmed the Delhi High Court order which refused to interfere with the Majority award.