Online Sale Of Liquor Cannot Be Allowed In The Absence Of Enabling Provision In The Excise Act: Karnataka HC [Read Judgment] 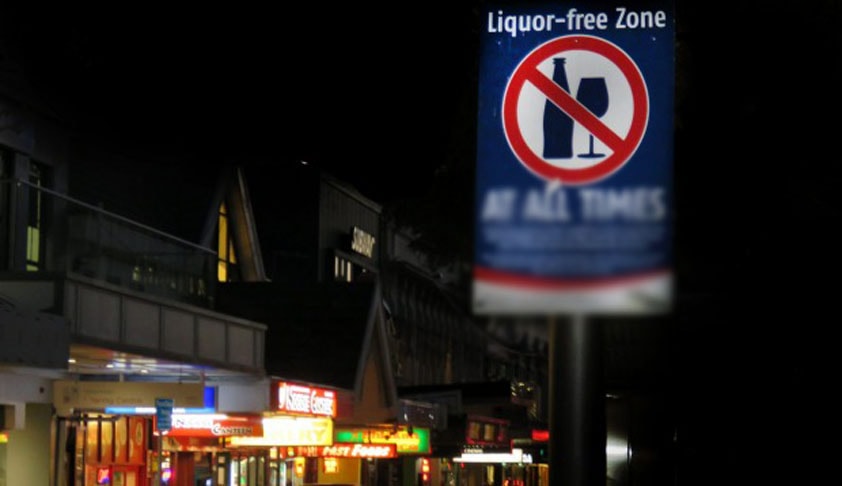 Karnataka High Court has held that online sale of liqour cannot be allowed in the absence of enabling provisions under the Karnataka Excise Act to grant such licenses or permissions. Justice S Sujatha, while dismissing the petition filed by HIP Bar private limited, a company offering a digital mobile wallet, said: "Indisputably, liquor is deleterious to the health of mankind. The...

Karnataka High Court has held that online sale of liqour cannot be allowed in the absence of enabling provisions under the Karnataka Excise Act to grant such licenses or permissions.

"Indisputably, liquor is deleterious to the health of mankind. The social stigma attached to it as far as the family and the society is concerned cannot be lost sight of. Younger generation including the children below the permissible age succumbing to this temptation of liquor consumption may not be stringently regulated through online orders. The eligibility of the age and sound mind to receive and consume liquor is difficult to monitor with the trade carried out by the petitioner."

Case background
The company was offering a Semi-Closed Prepaid Payment Instrument(Mobile Wallet) to its customers among other services,. The Reserve Bank of India (RBI) had issued a certificate of Authorization to the petitioner for operation, under the Payment and Settlement Systems Act, 2007, which is valid till September 30, 2021.

The licence issued by the Government of Karnataka under FSS Act enabled it to carry on the business of distributor, supplier, transporter, wherein the petitioner is permitted to carry on food business relating to Ready-to-eat savouries; Beverages, excluding dairy products. On August 1, 2017, Letter of Authority was issued by the respondent for Online Order Processing and Delivery of Indian and Foreign Liquor including Beer, Wine and LAB (Low Alcoholic Beverages) to – Hip Bar with certain conditions.

Allegedly pursuant to news reports in a channel, the LOA was withdrawn abruptly without providing an opportunity to show cause. Petitioner was compelled by the respondent to give an affidavit stating that it has disabled the online delivery of liquor, without prejudice to its rights. Being aggrieved, company moved the high court seeking declaration that it does not does not require any license or permission to conduct business of Online Order processing and Delivery of Indian and Foreign Liquor including Beer, Wine and Low Alcoholic Beverages ("LAB").

Moreover, neither sale of liquor is totally prohibited nor monopoly is taken by the State in the State of Karnataka."

The Government represented by then Advocate General Uday Holla opposed the plea saying:

"Writ petition is misconceived. No fundamental right is vested with the petitioner to carry on trade / business in liquor, no writ of mandamus can be issued against the petitioner. It is the contention of the State that the transaction of the petitioner is trade /business in liquor. There is no provision under the Act, for conducting the business on prepaid instruments for alcoholic beverages. Petitioner using the mobile application initiates the transaction of purchasing the liquor from CL-2 customer and transports / delivers to the end consumer. In this scenario, it is clear that the petitioner sells the goods-liquor to the end consumer and gets the profit."

Court on the argument made by petitioner that his Fundamental right to do business is violated said :

"The fundamental right to carry on the present business claimed by the petitioner on the premise i.e., sale of liquor is not res extra commercium and the right under Article 19 (1) (g) of Constitution exists is not absolute but subject to the State permitting to undertake the business. Business of liquor stands on a different footing from other trades, the State possesses the right of control over all aspects of intoxicants. Imposing fetters or restrictions by the State is mandatory though there is no prohibition policy in the State. In such circumstances, a right is vested with theState to monitor, regulate, and prevent from conducting the activities / trade in liquor. Any such restriction imposed to achieve the laudable object of the Act, cannot be termed as an infringement of fundamental right guaranteed under Article 19(1) (g) of the Constitution of India."

As regards whether the petitioners transaction amounted to sale of liquor the court said "In terms of Act, "any" transfer otherwise than by way of gift being 'sale', the transaction of the petitioner certainly comes under the term 'sale', as such the provisions of the Act, 1965 are applicable."

Further the court held that "Possessing and transporting of liquor by the petitioner to various end customers is not saved under Rule 21 of the Rules."

The court also held that the letter of authority which was firstly issued and then revoked was not in conformity with the provisions of the Act. On realising the mistake, the same has been withdrawn at it own discretion in the interest of the state holders and public at large. Source of power to issue LOA is not traceable to any provisions under the Act.