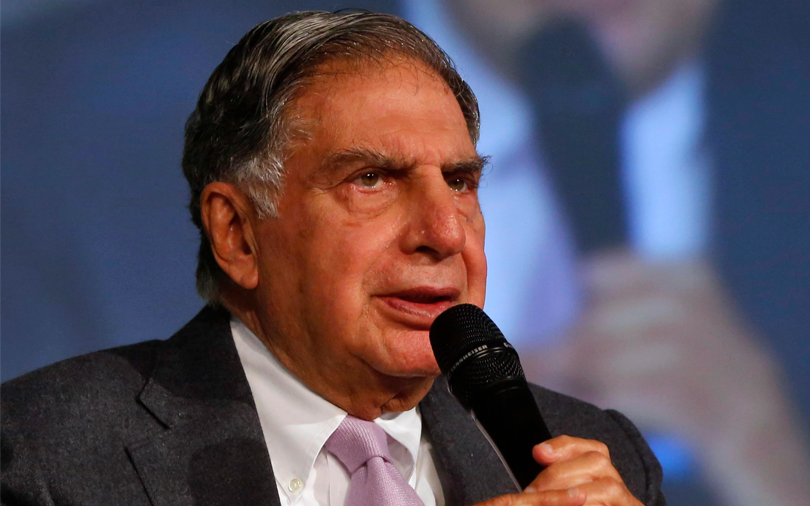 The Bombay High Court on Monday allowed a petition filed by Ratan Tata and 10 others challenging process issued by Additional Chief Metropolitan Magistrate against them in Nusli Wadia's complaint under Section 500 of the IPC (defamation) alleging that the petitioners had damaged his reputation.Division bench of Justice Ranjit More and Justice Bharati Dangre heard the criminal writ petition...

The Bombay High Court on Monday allowed a petition filed by Ratan Tata and 10 others challenging process issued by Additional Chief Metropolitan Magistrate against them in Nusli Wadia's complaint under Section 500 of the IPC (defamation) alleging that the petitioners had damaged his reputation.

The primary issue in the case is a dispute between the aforesaid parties which arose on October 24, 2016 when Cyrus Mistry, Chairman of Tata Sons Ltd. came to be removed by the Board of Directors of Tata Sons Ltd. In the wake of his removal, the independent Directors of Tata Chemicals Ltd., met at Bombay House on November 10, 2016 to review the recent events and subsequent media reports which could impact the management of the business of the company.

Consequently, Extraordinary General Meetings (EGMs) of three holding companies of Tata Sons came to be held and Nusli Wadia was removed as Director of Tata Steel Ltd. on December 21, 2016, of Tata Motors on December 22, 2016 and of Tata Chemicals on December 23, 2016.

Pursuant to provisions of section 169 and other provisions of the Companies Act and the Rules, a resolution accompanied with a brief background about the conduct of Mr.Nusli Wadia was passed. It is the reflection of this conduct contained in the special notice issued under Section 169(2) read with Section 115 of the Companies Act which is the bone of contention between the parties.

Senior Advocates AM Singhvi and Amit Desai appeared on behalf of Tata and others. Aabad Ponda appeared for Nusli Wadia.

Singhvi submitted that the Special Notices containing the brief factual material was necessary since the meeting was to be held for removing a director in whom the Tata Sons as shareholder had lost confidence and any such comment made for achieving the objective, in any case cannot constitute the defamation.

Further, Singhvi stated that the power of removal of a person including an independent director is vested in the Board of Directors of the company cannot be stultified through threats of criminal prosecution. He placed reliance on the judgment of the Apex Court in case of Subramanian Swamy vs Union of India, Ministry of Law & Justice & Ors to support his submission that there has to be imputation and it must have been made in the manner as provided in the Section 499 of the Indian Penal Code with the intention to cause harm to the reputation of a person about whom it is made. Singhvi then placed reliance in the judgment of the High Court in the matter of Ramchandra Venkataramanan vs Shapoorji Pallonji & Company Ltd & Anr.

The Magistrate has fallen into a great error in not considering an important aspect of matter, namely, the aspect of jurisdiction, Singhvi said. Referring to Section 202 of CrPC, Singhvi said that the Magistrate has failed to appreciate that he was duty bound to inquire into the case before passing the impugned order and admittedly no inquiry/investigation under Section 202 was conducted.

On the other hand, Ponda submitted that when an independent director is alleged to be acting in consonance with another, it is a direct affront on his independence and this is no short of questioning his integrity as any independent Director. Ponda was extremely critical about the phraseology used in the Special notices including the expression "Galvanizing Independent Directors" and according to him this projects a picture in the eyes of the right thinking persons that the conduct of respondent No.2 is deplorable.

Further, the allegation in the Special Notices that the action of the respondent No.2 makes his continuation on the Board untenable and that the principal shareholder have lost confidence in his independence, suitability and bona fides are also nothing but statements attempting to lower his reputation, Ponda submitted.

He also alleges that Special Notices were deliberately lent to the print media for defaming Wadia. He placed reliance on the articles published in Business Standards, Economic Times etc. It reflects the nexus between the Tata Sons Ltd., personnel and the media and that this formed a part of a large conspiracy to disrepute Nusli Wadia.

Upon thorough examination of submissions from both sides and the law of defamation, the bench noted-

"We are satisfied that there is no prima facie case of defamation in the present case as there was no intent on the part of the petitioners to cause harm to the reputation of the respondent as contemplated by Section 499 of the IPC nor can we discern any actual harm caused to his reputation, since the element of mens rea being absent and since the publication was only limited to the Board of Directors of the holding Company and the respective shareholders of these Companies, it could not be said that it was circulated widely over a section of general public.

Publication of the news about a resolution being passed by a well acclaimed business house happened to be a business news for the media and both the petitioner no.1 and respondent no.2 being well­known business personalities, they drew the attention of the media and the allegations/imputations and the story of removal of the respondent no.2, no wonder, happened to be a hot topic for media. However, it is not conclusively established as to it is the petitioners who have leaked the information to the media and particularly when we have noted that the respondent no.2 himself had addressed the communication to the shareholders independent of his representation in terms of sub­section (4) of Section 169 and which he requested for being circulated to the shareholders.

The allegations of the respondent no.2 in respect of disparaging remarks/comments being widely circulated is also not correct since it was only circulated to the shareholders and they had a right to know the background of the resolution on which they were supposed to vote."

"In light of the decision of the Apex Court in case of S. Khushboo (supra), since there was no intention to malign the image of respondent no.2 by making his conduct known to the public and particularly when the petitioners were exercising their statutory power, we record that there is no prima facie case of defamation in the present case which the Magistrate has failed to consider.

The Magistrate before issuing the process, has failed to take into consideration the conspectus of the matter and though it is the duty cast upon him to be satisfied before issuance of a process, he had concluded without any material being placed before him that the statement is defamatory."