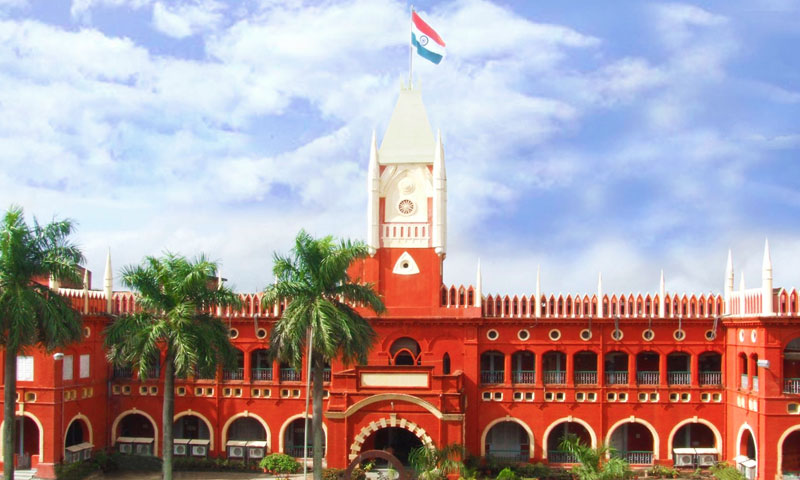 The Orissa High Court on Wednesday (23rd September) refused to allow the termination of the pregnancy of a physically and mentally-challenged rape survivor.The Single Bench of Justice Biswanath Rath was hearing the plea of a mother seeking permission for terminating the pregnancy of an unmarried, physically handicapped and mentally retarded daughter a rape victim under the provisions of...

The Orissa High Court on Wednesday (23rd September) refused to allow the termination of the pregnancy of a physically and mentally-challenged rape survivor.

The Court, while taking into account the restrictions in the Act, 1971 and suggestions of the Doctors found that the termination of pregnancy of the victim will put the life of the victim in danger.

Therefore, the Court declined to give the relief of medical termination of the unwanted and unsolicited pregnancy of more than 24 weeks.

Further, the Court held the State responsible for the plight of the victim and therefore, directed the State Government to pay as an immediate measure, a sum of Rs 5 lakh by way of ex-gratia within seven days to the girl's mother (to be kept in long term Fixed Deposit in any Nationalized Bank in the name of victim).

The Court took into account the factual position of the matter and settled legal position, and while declining termination of pregnancy for the complications involved in the case, the Court observed,

"The pregnancy on the victim is forced one and it being contrary to her choice. The victim has been forced not only to carry an unwanted pregnancy but is also forced to give birth to the child against her will. No doubt she will carry a stigma and humiliation for the rest part of life for the offspring born as a result of ghastly recurrence of rape committed on her along with stigma and humiliation on the child and in case it is a female child, looking to the complex society, it is still worse."

"Situation involved here compelled this Court to give a comprehensive thought to give absolute protection not only to the victim but also to the child to give birth so also to support the mother of the victim a wife of a poor labourer, who has come forwarded to take care of the victim. This Court also observes, in the event the mother faces any difficulty, may redress on such aspect to the District Administration, who shall be duty-bound to take care of the request as far as practicable."

Specific Directions Given by the Court

1- The state government would grant a sum of ₹ 3 lakh if the 22-year-old woman delivers a male child and ₹ 5 lakh if she gives birth to a female child. The amount will be kept in Fixed Deposit in any nationalized Bank

2. Amount granted by way of ex gratia shall however be in addition to the grant of any payment to the victim and the child on the application of The Victim Compensation Scheme under the provisions of Section 357-A of the Code of Criminal Procedure decided by trial Court or any other authority competent to do so.

4- Looking to the mental retardedness along with physical handicapness in the victim, there may be periodical check-up of the victim by a Psychiatric Expert and other related doctors.

5- The entire transport, medical and medicinal expenses including accommodation of the victim and her mother, if necessary during treatment, shall be the responsibility of the District Administration.

7- The child to be born shall be given proper treatment and nutrition by the State and if any medical aid is necessary it shall also be provided to him/her by the State at least till the child is sufficiently grown-up.

General Directions Given by the Court

This Court here clarifies, in case there is no interest shown for continuing with the pregnancy, immediately after the 1st report of Committee the local Chief District Medical Officer should undertake the exercise of termination but in terms of the Medical Termination of Pregnancy Act, 1971.

In case interest for termination is not shown then the Police authority along with Chief District Medical Officer is to take care of both mother and child in womb involving pre-birth care and postbirth care for at least till a period of one year after birth takes place.

Further in case of unmarried major and married major, a procedure indicated hereinabove shall also be followed but however with the consent of the major girl.

In case of termination of pregnancy, the C.D.M.O shall take a DNA sample of the child to ensure its handing over to Investigating Agency, so as to be forwarded to the concerned Court for the requirement, if any, there in the criminal trial.

2- To maintain the secrecy of the pregnancy and termination, the State will ensure, if necessary, to handover such mother to remain in the custody of Woman Rehabilitation Centre until her delivery and convalescence.

3- In case the victim and her mother wish to live in their own residence, they may do so but will be provided with all medical help by the State Authority at the cost of the State.

4- In required cases, the State will also permit the girl's mother to either live with her or regular visit to give moral and emotional support and all medical support will be extended by the State through such Institution.

5- In case of involvement of child through physically handicapped and/or mentally retarded woman subject to a medical assessment that such a mother is unable to take care of the child born provided there is no elder member coming forward to take care of such child, keeping in view the welfare of the child he or she may be taken care under the Juvenile Justice care mechanism involving agency engaged for such purpose and for about at least 12 months such child will not be given in adoption. This is, however, if there is nobody in the family to take care of such child in course of time.

6- In cases it shall equally be the responsibility of the applicant society to ensure that the child does not know about his/her mother and of course about the incident.

8- Considering such incidence occurring for the failure of Law and Order Authority in case of the requirement of high-level treatment of rape victim or the child born in such process, the victim and/or the child will be provided with the highest level of treatment at the cost of the State including the attendant's journey, accommodation and fooding cost, if any.

9- Report of the Doctor or team of Doctor, as the case may be, obtained with all the promptitude and any delay at the level of State 25 Authority shall lead to fixation of accountability and responsibility against all such involved.

10- When a pregnant mother is required for examination by a Medical Board for the purpose of termination, it must include apart from Obstetrics and Gynecology also (i) Paediatrics, (ii) Psychiatry/Psychology, (iii) Radiology/Sonography, (iv) from the field of Medicine with the inclusion of tests involving foetus also Mental Health Care Act, 2017.

11- Constitution and establishment as expeditiously as possible Medical Boards under the provisions of MTP Act, 1971, in each District to fasten examination and effective action involving such cases.

12- District Level Committees to ensure that there are sufficient approved places in terms of Section 4(b) of the MTP Act, 1971 in each district of the State of Odisha. Chief District Medical Officers involved undertake periodic instruction of such approved places following rule 6 of the MTP Rules, 2003 and take immediate measure to remove difficulties if any. State in its appropriate Departments will have the obligation to co-operate in such matters.

13- If a woman reports with a pregnancy resulting from an assault, she is to be given the report of undergoing an abortion and protocols for the Medical Termination of Pregnancy Act are to be followed. Further with preservation of products of conception (POC) be sent to proper custody as evidence and other required purposes under the direction of the Court of competent authority including DNA Test, if any.

14- There should also be a strict following of User Handbook on Protection of Children from Sexual Offences Act, 2012.