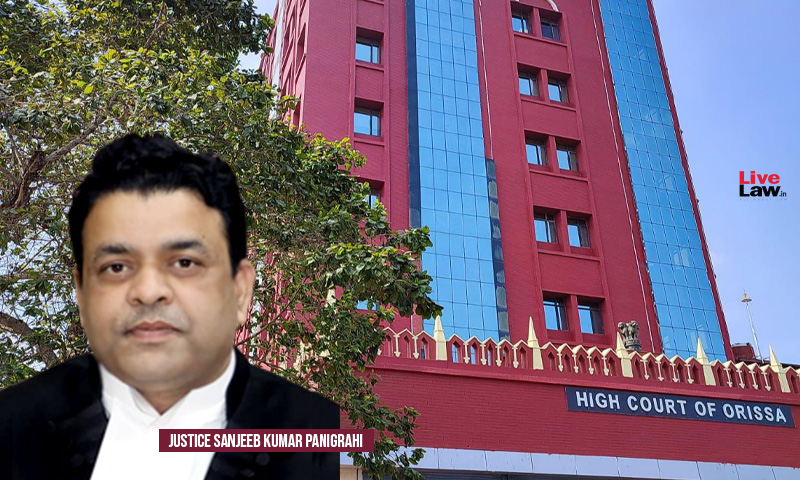 The Orissa High Court has held that candidature of a candidate seeking appointment to a public office cannot be outrightly and arbitrarily rejected only on the basis that he holds 'dual degrees'. While providing relief to a candidate, whose application was rejected for such reason, a Single Judge Bench of Justice Sanjeeb Kumar Panigrahi opined,

"Indisputably, in the case at hand, this Court is of the opinion that in the matters of appointment, the rules provided by the appointing committee have to be strictly followed. In the present case, OPSC has not provided any instructions for candidates holding dual degrees. Even though this can be considered as a distinctive case, however it is arbitrary to out-rightly reject the candidature of the petitioner."

The Odisha Public Service Commission ('OPSC') made an advertisement for recruitment to the post of Assistant Professor in different state public universities under the administrative control of the Higher Education Department. In such advertisement clause-4 prescribed educational qualification for the posts. The petitioner having gone through details of the advertisement, filled up application in online portal of OPSC. In his educational qualification he mentioned that he has 'M.Sc. and Ph.D. dual degree' passed out from IIT, Bombay.

His application form was accepted and he was called for document verification on the basis of his educational qualification and rules of selection prescribed by the OPSC. The said verification of original documents was done. The petitioner had a single certificate issued by the institute without segregating marks of M.Sc. and Ph.D., so he uploaded the same. The same was accepted and the petitioner was called for interview, but at the time of verification his candidature was rejected without giving him an opportunity to clarify his standpoint with respect to his educational qualifications.

He has challenged the same rejection notice through this writ petition.

Mr. Soubhagya Swain, counsel for the petitioner, submitted that after the rejection notice was published, the petitioner approached and tried to convince the O.P. No. 2 regarding dual degree qualification and segregation of marks as per rule of the institute. However, the O.P. No. 2 did not consider the certificate nor did it allow the petitioner for appearing in the interview.

He contended that there was no rule prescribed to provide certificate for segregation of marks where candidates possess dual degree and also no chance to upload such. Further, no opportunity was given to the petitioner to clarify his stand in respect of dual degree, which violated principle of natural justice. There was no suppression of facts regarding educational certificate and the dual degree also approved by the OPSC for selection of the aforesaid post, he added.

The Court, at the outset, pointed out that appointment of candidates holding dual degrees has been acknowledged by several High Courts including the Madras High Court in the case of The Secretary v. The State Of Tamil Nadu [W.P.(MD) No. 12639 of 2016].

It further held, to deal the issue involved in the present case it would be incumbent to consider very vital aspects in the interest of justice, rule of law and in the greater interest of public, when any particular process or selection or appointment has suffered from legal and procedural improprieties, deficiencies, irregularities or illegalities.

"The settled legal proposition is that principles of natural justice are in built in the statutory rules and require observance unless the same stand excluded by the rules itself. The adjudicating authority must be impartial and without any interest or bias of any type…the adjudicating authority must give full opportunity to the affected person to produce all the relevant evidence in support of his case", it added.

Justice Panigrahi then noted, the Supreme Court has time and again reiterated that the doctrine of natural justice cannot be imprisoned within the strait-jacket or rigid formula and its application would depend on the scheme and policy of the statute and relevant circumstances involved in a particular case. In the present case, considering the lack of provisions regarding the candidature or individuals holding dual degrees, the petitioner should have been provided a hearing to clarify his standpoint regarding the segregation of marks. Hence, he concluded,

"Having considered the matter in aforesaid perspective and guided by the precedents cited hereinabove, this Court allows the petition. It is, however, made clear at this stage that the clock cannot be reversed as the selection process has already been over. However, it is imperative that the OPSC should clearly mention the centrality of the issue involved herein in clearer terms so that many meritorious candidates who are similarly placed with the present petitioners should not be deprived of the opportunity of participating in the selection of process."

Accordingly, the writ petition was allowed to the above respects.