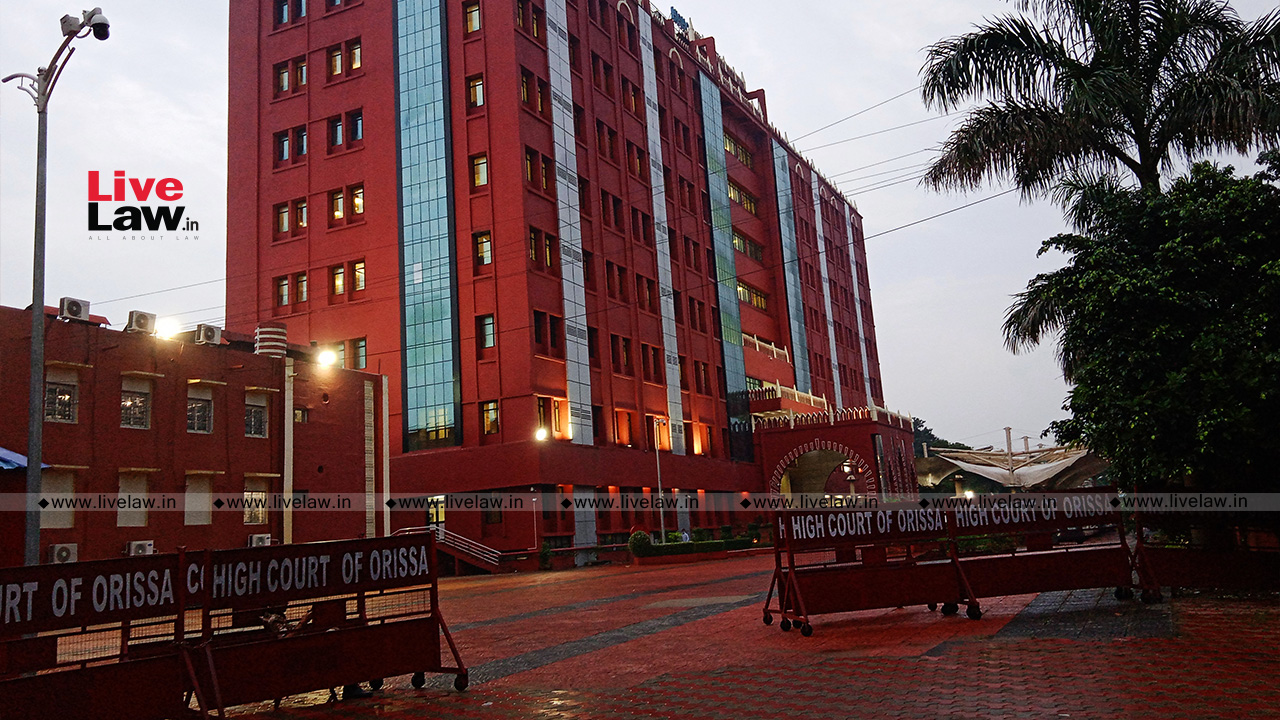 In an important judgment, the Orissa High Court yesterday directed the State Government to constitute an Advisory Board of health care experts to draw up a 'Comprehensive Action Plan' to address the issue of maternal deaths. It has also ordered the Government to come up with a Scheme or Policy to address the need for providing redress including award of compensation for every avoidable maternal death and the fixing of responsibility in a time-bound manner.

The above directions were issued by a Division Bench of Chief Justice Dr. S. Muralidhar and Justice Murahari Sri Raman while deciding the case relating to death of a tribal lady, who died in 2015 at the time of delivery.

"In the present case, there has been an acute failure of the entire teams of doctors at each level of the health care system in Odisha to provide timely and adequate care and treatment to the deceased as pointed out by the EC. It shocks the judicial conscience that a poor tribal woman had been carrying a dead foetus for a week prior to her death with not one person in the health care system being able to provide her the needed care and treatment and which neglect resulted in her inevitable death. There has been a clear violation of the fundamental right to health of the deceased which constitutes an integral part of the right to life guaranteed in Article 21 of the Constitution of India", the Bench observed.

A petition was filed by the father-in-law of the woman, who not only lost her baby due to an intra-uterine death but herself died while receiving treatment on 25th March, 2015. The petitioner submitted that the death of the baby as well as the woman was due to medical negligence and was avoidable.

In May 2022, a Division Bench of Chief Justice Dr. S. Muralidhar and Justice Radha Krishna Pattanaik had noted that the pleadings in the petition presented disputed questions of fact with the opposite parties claiming that there was no medical negligence. Further, the opposite parties appeared to have conducted an enquiry into the maternal death of the woman in question.

Therefore, with a view to obtain an objective assessment of the materials on record, the Court requested the Odisha State Commission for Women ('OSCW') to assist it in the task and had issued a slew of directions. The Enquiry Committee ('EC') of the OSCW, accordingly, submitted its report on 8th July 2022 to the Court.

The Bench noted the findings of the EC which, inter alia, found severe negligence on the part of doctors and staff at several levels and observed,

"On an in-depth consideration of oral, documentary evidence and surrounding circumstances, the Enquiry Team is of considered view that the deceased Martha Sabar died due to combined negligence of doctors on duty of DHH, Paralakhemundi in the district of Gajapati and Garabandha PHC (New), ASHA, ANM and AWW…Efforts should be made by Highest Hon'ble Court to penalize erring doctors/DHH who have betrayed the faith of a tribal illiterate poor woman and to issue instructions to ensure timely availability of all schemes to poor persons in true sense of the action and not by paperwork."

The Court held that the extent of negligence is palpable in the finding of the EC that in bed-head ticket, the cause of death is shown to be due to 'severe sepsis' with 'pulmonary embolism' but no oxygen was provided. The Court also noted that the deceased not only was deprived of the benefits under the various schemes, but she even spent money in the hospital for blood test and for Ultrasound test through Private Radiological Centre.

"The victim was a poor tribal woman whom the State health care system failed. Despite so many schemes on paper, meant to deliver benefits to her, she died due to the sheer callousness of the State authorities, doctors, para-medical workers and staff. Even the basic first-level care and treatment at the level of the ASHA and ANM under the NHM were not provided to the deceased in the present case. She was never given advice although hers was a high-risk pregnancy… It is indeed extremely unfortunate that the benefit of the multifarious schemes which are meant to cater to the needs of the poor and vulnerable like the deceased in the present case do not reach them in time."

Chief Justice Muralidhar, speaking for the Bench, made some serious observations regarding the failure of the state machinery to ensure the implementation of various schemes formulated for the benefit of the poor and downtrodden. He observed,

"This Court is constrained to note that Martha Sabar's death is not an isolated instance as far as Odisha is concerned. The number of women in the tribal belts, in the rural and semi-urban areas, who have lost lives during pregnancy and as a result of unsafe deliveries is a matter for deep concern… The increasing numbers of maternal deaths in Odisha point to a systemic failure of the health care system which appears to have failed the poorest and the weakest at a time when they need it the most."

After perusing the reports, the Court made strong reference to the decision of the Apex Court in People's Union for Civil Liberties v. Union of India and the decision of the Delhi High Court in Laxmi Mandal v. Harinagar Hospital (authored by CJ Muralidhar as a Judge of Delhi High Court) to reverberate the duty of the State to provide the benefits of manifold schemes to pregnant ladies and to ensure all requisite steps to avoid maternal deaths.

Actions Against The Errants:

The Court came down heavily on the errant doctors/staff whose ignorance ultimately culminated in the avoidable death of Martha Sabar. It accordingly directed the State Government to immediately issue show cause notices to each of the doctors, health workers and staff whose conduct has been adversely commented upon by the EC of the OSCW in its report and to take appropriate disciplinary actions against them after receiving replies.

Compensation to the Family:

The Court directed the Government of Odisha to pay the family members a sum of Rs. 10 lakhs within a period of six weeks from the date of order. The compensation amount was directed to be kept in fixed deposits (FDs) in the names of her in-laws and husband. FDs for Rs.3,50,000/- each was ordered to be made in favour of the mother-in-law and the father-in-law of the deceased and an FD for Rs.3,00,000/- in favour of her husband Ganpati Sabar.

Directions for Constitution of Advisory Body and Formulation of Scheme:

The Court observed that there is an urgent need for proper orientation, training and sensitisation of support workers including the ASHAs, ANMs and Anganwadi Workers whose role is crucial for the proper delivery of the range of health measures in the various schemes floated by the state and central governments.

The Court also endorsed the suggestions made by the OSCW on strengthening the system for better delivery of the large number of welfare-oriented health related schemes for women and children in general and pregnant women in particular. It accordingly directed the State Government through its Additional Chief Secretary (Health) Government of Odisha to immediately constitute an Advisory body of health care experts to draw up a Comprehensive Action Plan which will contain both preventive and remedial action points in the short and medium term to address the issue of maternal deaths.

The State Government was also directed to separately come up with a Scheme or Policy to address the need for providing redress including award of compensation for every needless maternal death, the fixing of responsibility on errant doctors, para medics and staff in a time-bound manner. The exercise of drawing up a Comprehensive Action Plan and formulating a Scheme/Policy for providing compensation as directed above was ordered to be completed within a period of four months from the date of order.