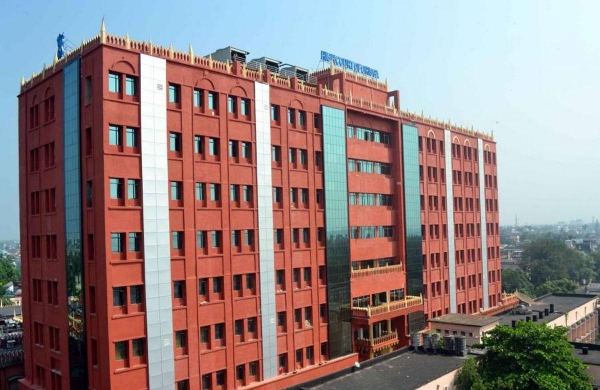 The Orissa High Court has recently denied bail to a man, who was accused of having sexual intercourse against the will of a woman on the false assurance of marriage. While rejecting the bail, a Single Judge Bench of Justice Sanjeeb Kumar Panigrahi quoted the following observation made by the Supreme Court in State of Madhya Pradesh v. Madanlal,

"Dignity of a woman is a part of her non-perishable and immortal self and no one should ever think of painting it in clay. There cannot be a compromise or settlement as it would be against her honour which matters the most. It is sacrosanct. Sometimes solace is given that the perpetrator of the crime has acceded to enter into wedlock with her which is nothing but putting pressure in an adroit manner; and we say with emphasis that the courts are to remain absolutely away from this subterfuge to adopt a soft approach to the case, for any kind of liberal approach has to be put in the compartment of spectacular error. Or to put it differently, it would be in the realm of a sanctuary of error."

The victim lodged a written complaint before the Jenapur police station wherein she submitted that the appellant and herself were in a romantic relationship for past one year. The appellant had given assurance to marry her. On 08.02.2020, the appellant took her to an open field, where he had sexual intercourse with her against her consent. However, he and his family members subsequently backtracked from agreeing for the marriage proposal.

The appellant was accordingly charge-sheeted for commission of offences punishable under Sections 376, 493, 417 and 506 of IPC read with section 3(1)(r)(s) and 2(va) of the SC/ST (Prevention of Atrocities) Act. As his bail was denied by the lower Court, he had filed the instant appeal against the said order.

Mr. B.N. Mohapatra, counsel appearing for the accused-appellant submitted that the appellant has been languishing in custody since 23.03.2020. He further contended that all the allegations against him are false, baseless and the appellant is no way connected to the matter. On perusal of the FIR and the other connected materials, no prima facie case, can be made out against him. Both the individuals have attained the age of majority and the sexual relationship between them was consensual. Moreover, the medical report does not show any sign or symptoms of rape. Hence, he stressed that the appellant should be released on bail.

The Court highlighted the value of reputation of woman by citing the following observations made by the Apex Court in Shyam Narain v. State (NCT of Delhi),

"Respect for reputation of women in the society shows the basic civility of a civilised society. No member of society can afford to conceive the idea that he can create a hollow in the honour of a woman. Such thinking is not only lamentable but also deplorable. It would not be an exaggeration to say that the thought of sullying the physical frame of a woman is the demolition of the accepted civilised norm i.e. 'physical morality'. In such a sphere, impetuosity has no room. The youthful excitement has no place. It should be paramount in everyone's mind that, on the one hand, society as a whole cannot preach from the pulpit about social, economic and political equality of the sexes and, on the other, some perverted members of the same society dehumanise the woman by attacking her body and ruining her chastity. It is an assault on the individuality and inherent dignity of a woman with the mindset that she should be elegantly servile to men."

Accordingly, having consideration for the nature and gravity of the accusation, character of evidence appearing against the appellant, the stringent punishment prescribed and that there being no reasonable grounds for believing that the appellant is not guilty of the offence alleged or not likely to commit any such offence, it concluded that the prayer for bail is devoid of any merit.