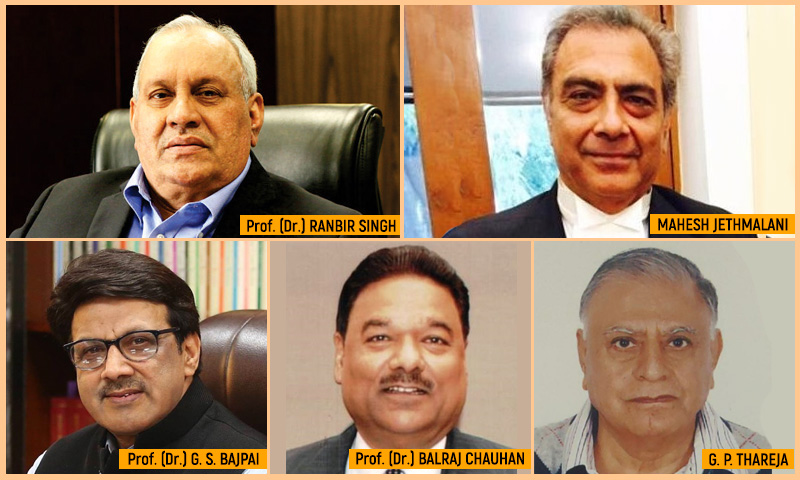 Over a hundred academics from across the world have urged the Committee for Reforms in Criminal Laws to "immediately suspend" their working. In an open letter addressed to the Committee, the academics have pointed out a lot of shortcomings in the composition and the procedure adopted by the Committee to recommend criminal reforms in India. Flawed procedure The academics...

Over a hundred academics from across the world have urged the Committee for Reforms in Criminal Laws to "immediately suspend" their working.

In an open letter addressed to the Committee, the academics have pointed out a lot of shortcomings in the composition and the procedure adopted by the Committee to recommend criminal reforms in India.

The academics have elaborately iterated the procedure adopted by the First Law Commission of India in investigating and reporting on the Reform of Judicial Administration:

In complete contrast to this mechanism, the letter points out, the present Criminal Law Reforms Committee has not undertaken any data collection or research and has made no effort to consult a wide section of people or to elicit critical opinion.

"The Committee's procedures are a stark contrast to the first Law Commission's approach. The present Committee entirely bypasses the first and second of the four stages followed by the First Law Commission, skipping directly to the third, i.e., the questionnaire-stage. As a result, the questionnaires are not backed by thorough empirical assessment and are crowded with issues that are not widely regarded by academics and practitioners as being in pressing need of reform," they wrote.

The letter discloses that the first Law Commission had distributed more than 6000 copies of the questionnaires amongst individuals and organizations including High Courts, state governments, bar associations, the Chamber of Commerce, lawyers and judicial officers. Further, it visited 14 High Courts, co-opted two members for each of the states visited, and examined 473 witnesses in person.

However public engagement under the present Committee, is "limited to web-administered questionnaires".

Highlighting the problem areas in this form of public engagement, the letter states,

"The Committee's methods appear engineered to exclude all but the most privileged from participating. The Committee is functioning entirely in English and participation in the Committee's processes is only possible through its website. A vast majority of the country's population does not speak or read English; current levels of internet penetration are low and dependent on material and other privileges."

Lack of adequate representation from underprivileged social groups and communities

The letter states that the Reforms Committee has failed to include representation from those communities that have endured the most of the failing criminal justice system.

It asserts that law reform must create conditions for genuine public deliberation in which oppressed communities have a significant say from the very inception, i.e., from the constitution of the Committee/Commission that is to identify, frame and investigate the relevant issues.

"Such bodies must consciously solicit and incorporate the life experiences of oppressed caste, gender, and religious groups, as well as disabled, rural and working-class communities (among others) in their deliberations. This is a crucial way of ensuring that law reform processes are not held hostage to the concerns of the elite. The lack of adequate representation on the Committee for India's several marginalised groups is a particularly striking omission, given that many of the areas of proposed reform will have a direct impact on these groups; for example, the proposed legal recognition of honour killings, marital rape, gender-neutral sexual offences and lynching," the letter reads.

The letter points out that four law commissions completed the process of suggesting reforms in 14 chapters of the 1908 CrPC, in ten years.

Whereas, the present Committee has taken up task to suggest reforms in all three codes, namely the Indian Penal Code, 1860, the Code of Criminal Procedure, 1973, and the Indian Evidence Act, 1872 (IEA), in one go, in so short a time-span, and with so little preparation or rigour.

"This – one of the major tasks of revision undertaken by the Commission – is equivalent to less than a third of what this Committee intends to investigate, and yet, it took the Law Commission ten years to complete it. It is not feasible that the Committee will be able to take apart and rewrite all of Indian criminal laws competently within the narrow timeframe of six months," the academics thus contend.

The academics have voiced their concerns over the Committee's decision to undertake the consultative process through a series of six questionnaires; each dealing separately with the Indian Penal Code, the Code of Criminal Procedure and the Indian Evidence Act.

Terming this process to be "inexplicable" they wrote,

"For those of us who work on criminal law, our teaching and research provides daily evidence of how substantive, procedural, and evidentiary laws interact with and shape each other. Calling for engagement with substantive law without any sense of what the procedural and evidentiary law might look like and vice versa guarantees dense confusion."

Consultation amid a humanitarian crisis

Lastly, the academics have criticized that the Committee for undertaking the consultation process in the midst of a public health crisis.

"It is neither humane, nor sensible that such serious changes to fundamental laws that define civil and political liberties be deliberated upon or rushed through during this humanitarian crisis," they remarked.

Women Lawyers Express Grave Concerns about Composition, Time Frame and Methodology Adopted by The Committee for Reforms in Criminal Law

They pointed out that significant stakeholders like University communities, students and academics are in no position to carry out the kind of discussion and debate that must precede their effective engagement with the Committee, amid the pandemic; and remarked that "It would be naïve for the Committee to expect effective participation from practitioners in this dire time."

On the strength of the above stated grounds, the academics have urged all the Members of the Committee to withdraw from the Committee's membership and call out for this reform process to be carried out in a more transparent and inclusive manner.