A Party To An Agreement Cannot Be An Arbiter In His Own Cause, Reiterates SC [Read Judgment] 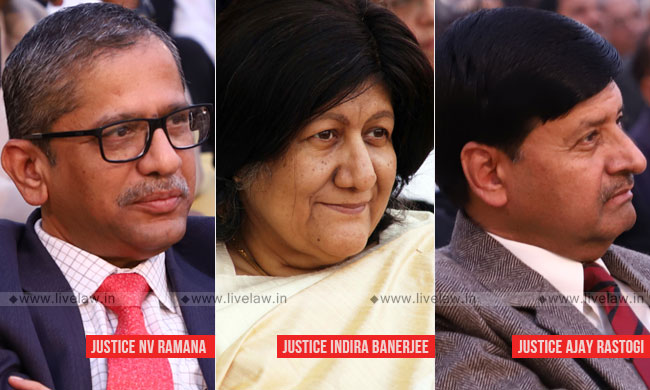 The Supreme Court reiterated that a party to an agreement cannot be an arbiter in his own cause.

In this case, the general manager of the M.P. Road Development Authority quantified the liquidated damages. This was assailed by the contractor and that has been the subject matter of challenge raised in the reference petitions filed before the Arbitral Tribunal under Section 7 of the Madhya Pradesh Madhyastham Adhikaran Adhiniyam, 1983 which is still pending adjudication. However, the authority initiated the recovery proceedings without awaiting the outcome of the arbitral proceedings.

Challenging this action, the contractor approached the High Court which dismissed his writ petition. This judgment was challenged before the Supreme Court.

The bench comprising Justice NV Ramana, Justice Indira Banerjee and Justice Ajay Rastogi observed that as long as the dispute remained pending adjudication, it was not justified on the part of the authorities to initiate recovery proceedings invoking the procedure under the Land Revenue Act without awaiting the outcome of the arbitral proceedings. It said:

Once the dispute is pending adjudication before the Arbitral Tribunal constituted 12 under the Adhiniyam, 1983 in terms of clause 25 of the agreement, the respondent, in the facts and circumstances, was not justified to raise demand on termination of contract claiming liquidated damages and the respondent cannot become an arbiter in its own cause and unless the dispute is settled by a procedure prescribed under the law, the respondents would not be held to be justified in initiating recovery proceedings invoking the procedure under the Land Revenue Act.