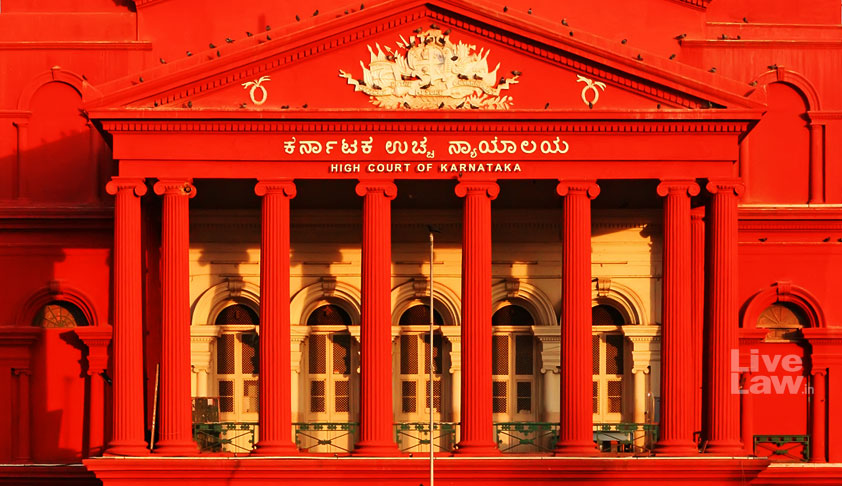 Karnataka HC Directs Woman To Pay Cost Of RS 25,000 To Ex-Husband For Abusing Process Of Law By Registering Case Under Section 498A IPC To Harass Husband Also Quashes Criminal Case. . "This is an unfortunate case of an highly harassed husband by abuse of process of law," the Karnataka High Court observed while quashing a criminal case registered against a man by his ex-wife...

Karnataka HC Directs Woman To Pay Cost Of RS 25,000 To Ex-Husband For Abusing Process Of Law By Registering Case Under Section 498A IPC To Harass Husband Also Quashes Criminal Case. .

"This is an unfortunate case of an highly harassed husband by abuse of process of law," the Karnataka High Court observed while quashing a criminal case registered against a man by his ex-wife under section 498-A of the India Penal Code. The court directed her to pay a cost of Rs 25,000 to the ex-husband.

Justice P S Dinesh Kumar while setting aside the case registered against 50-year-old Faisal Ahmed Khan by his ex- wife Nazia Asma, said "A conspectus of facts narrated by the petitioner and the undisputed facts which can be gathered from the records lead to an irresistible inference that though complaint is filed alleging commission of offence under Section 498A IPC, it is, in fact the petitioner who has suffered an untold misery in the hands of the complainant."

Khan, a Mechanical Engineer working in Kuwait, UAE, had married complainant on July 21, 2008 in Mysore. A female child was born to them. The woman did not agree to join petitioner to go abroad. In order to save the marriage, he resigned from his job. In September 2011, complainant left the matrimonial home on the pretext of attending her sister's engagement ceremony along with her belongings such as clothes and jewellery. Thereafter, she never returned to the matrimonial home. Subsequently, petitioner got another job in Bahrain. Complainant refused to join him to travel abroad. Khan, left for Bahrain alone on February 5, 2012. On April, 7, 2012, woman lodged police complaint in Women Police Station, Mysore City alleging harassment and demand for dowry against six accused.

Khan was shown as first accused and his family members as other accused. After investigation, police filed charge-sheet only against him for offences punishable under Sections 498-A, 506 of IPC and Sections 3 and 4 of Dowry Prohibition Act.

Khan filed an application for discharge which came to be rejected by the sessions court. It said "That presence of accused as on the date of incident and whether marriage is void, cannot be considered at the stage of discharge." This order of August 10, 2018, was challenged before the high court.

Khan argued in person before the court:

He pointed that complainant was married with one Asif Ali Farooqi, on August 29 2003, prior to marrying him. Her first husband had filled application seeking restitution of conjugal rights. By an interim order the court restrained Nazia from remarrying. However, suppressing this fact and in violation of Court order, complainant got married with Khan, in July 2008.The woman also initiated criminal proceedings under Sections 12, 18, 19, 20, 21 and 22 of Prevention of Women from Domestic Violence Act, 2005, against Khan. In the order dated December5, 2016, trial Judge has recorded that complainant had married for the third time and rejected the petition with costs. Further, she also initiated proceedings under Section 125 Cr.P.C. seeking maintenance. While tendering her evidence in the said proceedings she has admitted in the cross-examination that she was earlier married and her marriage was registered.

By judgment and decree dated 6th October 2018 the Family Court has declared petitioner's marriage with the complainant as null and void. Though the complainant's relation came to an end in August 2011, complainant with malafide intention has registered the FIR, alleging commission of offences under Sections 498A and 506 of IPC against six accused by filing a false complaint. Police after investigation have filed charge-sheet only against petitioner. Khan urged that in the light of the sequence of events narrated above, the entire complaint averments are false and accordingly prayed for allowing this petition.

The woman opposed the petition:

It cannot be gainsaid that disclosure of a previous subsisting marriage causes immense mental pain and agony to a husband. Complainant has, though unsuccessfully, driven the petitioner to various Courts unabatedly. It started with complainant initiating proceedings under the provisions of DV Act followed by proceedings under Section 125 Cr.P.C. Judicial findings have been recorded by the learned Trial Magistrates in both proceedings with regard to complainants' conduct.

The bench added that "This is a classic case in which a complainant by initiating criminal proceedings under Section 125 Cr.P.C and Section 498A IPC against the petitioner has abused the said provisions."

Rejecting all the allegations levelled by the woman against Khan of harrasement the court said "The complaint is full of unbelievable and self contradicting allegations. Neither the prosecution nor the complainant have placed any other material which may suggest commission of any of the alleged criminal act/s by the petitioner. Therefore, it can be safely concluded that allegations against petitioner are designed to harass him."

Maintainability Of Writ Petition Against A Party That Ceases To Be "State"
Latest News
+ More
1Orissa High Court Notifies CPC (Odisha Amendment) Rules, 2022 As Introduced By Court Under Sections 122 R/W 127 CPC
2Tax Cases Weekly Round-Up: 22 May To 28 May 2022
3Undisputed Signatures On The Cheque In Itself Are Not Sufficient For Conviction Under Section 138 Of NI Act: Punjab And Haryana High Court
4Govt. Employee Has No Legal/Statutory Right To Insist For Being Posted At A Particular Place: Orissa High Court
5Order VIII Rule 1A(3) : Refusing To Permit Production Of Additional Documents Even If There Is Some Delay Will Be Denial Of Justice: Supreme Court
6Gujarat HC Affirms Regularisation Of Sweeper Working Around 8 Hours A Day For Over 30 Years
7Holding Hands Of A Child & Saying That They Are Beautiful Cannot Be Considered As A 'Sexual Assault' Under POCSO Act: Meghalaya HC
8Speedy Investigation : Karnataka High Court Sets Time Limit For Probe; 60 Days For Petty Offences, 90 Day For Heinous Crimes
लाइव लॉ हिंदी
+ More
International
+ More
1Life Imprisonment Without Realistic Possibility Of Parole Unconstitutional: Canada Supreme Court
2Is The Green Hydrogen Policy A Viable First Step Towards Power/Energy Security?
3Abortion Laws In The US And Other Countries
4Leaked Draft Judgment Of US Supreme Court Indicates Overruling Of Roe v.Wade Abortion Rights Decision
Environment
+ More
1Supreme Court Permits E-Rickshaws In Matheran As Pilot Project To Check Feasibility
2In Case Of Doubt, Protection Of Environment Would've Precedence Over Economic Interest: SC Revokes Approval For Doubling Castlerock to Kulem Railway Line
3NGT Bars Auroville Foundation From Township Construction Till Environmental Clearance Is Obtained
4Ghazipur Landfill Fire: NGT Says Dump Sites In Cities Are Like 'Time Bombs', Constitutes Joint Committee Headed By Former Delhi High Court Judge