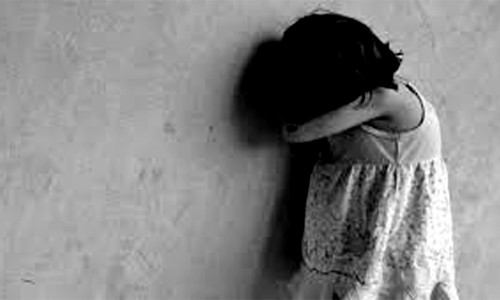 Perpetrators of sexual offences on innocent children are psychosocial deviants, who cannot lay any claim to leniency held Delhi High Court in Lokesh v. State. Making further observation on heinous nature of sexual offences, Justice C. Hari Shankar said that it is in the order of nature, and is the sacred right of every living being to blossom from infancy to childhood, to...

Making further observation on heinous nature of sexual offences, Justice C. Hari Shankar said that it is in the order of nature, and is the sacred right of every living being to blossom from infancy to childhood, to adolescence and, finally, to adulthood. This order of nature is thrown into violent disarray by the sexual predators of children.

Court was hearing appeal of child rape convict against the judgment passed by the ASJ whereby the Additional Sessions Judge had convicted him under Section 6 of the Protection of Children from Sexual Offences Act, 2012 and Section 376 of the Indian Penal Code, 1860, and had sentenced him to rigorous imprisonment for 10 years along with fine of Rs. 7500 with default sentence of 6 months simple imprisonment, for the offence under Section 6 of the POCSO Act.

Court refused to interfere with the judgement passed by the ASJ insofar the conviction of the appellant under Section 6 of the POCSO Act and Section 376 of the IPC. However, it refrained from enhancing the sentence awarded to him saying that the trauma that the prosecutrix is bound to suffer, on account of the appellant, is bound to be lifelong, and the learned ASJ has erred on the side of leniency, in the matter of awarding of sentence to the appellant. However, it said that as the State is not in appeal against the impugned judgment and order on sentence, it won't interfere with the sentence awarded.

Appellant had raped child victim, 4 years of age, after taking her to jungle with him while giving her a cycle ride.

Court also discussed reliability and credibility of "child witness" after the credibility of prosecutrix's statement was questioned. Court said that the law on the issue can be summarized to the effect that the deposition of a child witness may require corroboration, but in case his deposition inspires the confidence of the court and there is no embellishment or improvement therein, the court may rely upon his evidence. The evidence of a child witness must be evaluated more carefully with greater circumspection because he is susceptible to tutoring. Only in case there is evidence on record to show that a child has been tutored, the court can reject his statement partly or fully. However, an inference as to whether child has been tutored or not, can be drawn from the contents of his deposition, it noted.

It referred to plethora of Supreme Court judgments on the subject matter, few amongst which are reproduced here:

In Yogesh Singh v. Mahabeer Singh, (2017) 11 SCC 195, the Supreme Court held, with respect to the evidence of child witnesses:

"It is well settled that the evidence of a child witness must find adequate corroboration, before it is relied upon as the rule of corroboration is of practical wisdom than of law."

Similarly in Satish v. State of Haryana, (2018) 11 SCC 300, Supreme Court laid down that "One of the cardinal principles to be borne in mind, while assessing the acceptability of the evidence of a child witness, is that due respect has to be accorded to the sensibility and sensitivity of the Trial Court, on the issue of reliability of the child, as a witness in the case, as such decision essentially turns on the observation, by the Trial Court itself, regarding the demeanour, carriage and maturity of the concerned child witness."

Court discerned some guiding principles from these judicial pronouncements governing the admissibility and reliability of the evidence of child witnesses' which are as follows: