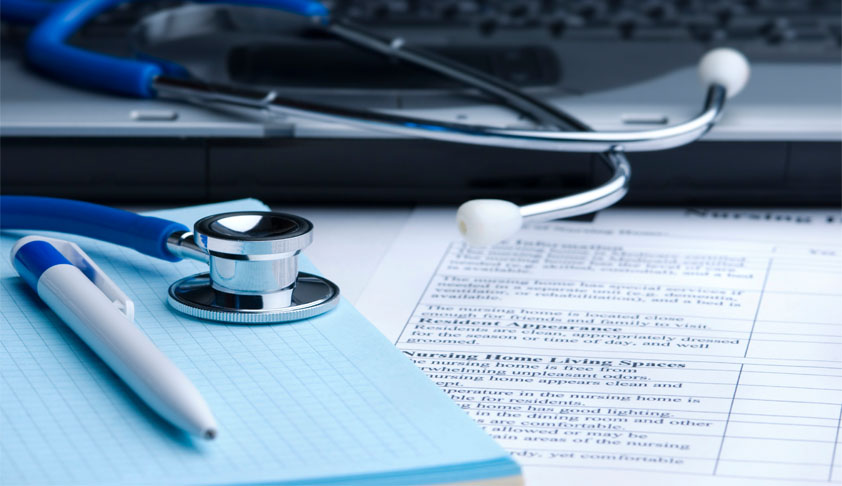 Expressing serious concern over the manner in which admissions are being granted in post-graduate medical courses, especially in self-financing colleges, the Madras High Court has ordered an enquiry into the conspiracy, if any, between the officials of the Directorate of Medical Education and the self-financing colleges.

The single Bench of Justice N. Anand Venkatesh has directed the Director General of Police, Tamil Nadu, to immediately allot the matter to the CB-CID, which shall consist of a team headed by an officer not below the rank of an Assistant Commissioner.

The scope of enquiry shall be as follows:

The order comes after the Bench noted that private colleges had granted admissions to underserving candidates, who otherwise would not have secured a seat through regular counselling, that too for some important clinical courses.

Seemingly, these admissions were granted on the basis of a final list that was handed over to them by the Selection Committee of the Directorate of Medical Education.

"There is something more than what meets the eye when it comes to filling up seats in private medical colleges other than by way of counselling. Obviously, these are all candidates who are capable of pulling strings and already had a clear understanding with the concerned college. When the push comes to the shove, the prior understanding translated itself into a final action and the candidates got admitted into the course. Every year some mechanism is devised by the self-financing colleges to fill up vacancies in this manner," the Bench remarked in such circumstances and ordered an enquiry.

Notably, the Advocate General had submitted on behalf of the Directorate that it was facing an uphill task in filling up the seats in the various post graduate courses as many candidates who were allotted seats during the stages of 1st , 2nd and mop-up counselling were not able to report for admission in the Government Quota seats since these candidates were posted/engaged at various hospitals to offer treatment for COVID-19 afflicted patients. That apart, the restriction imposed on the movement to various places also prevented these candidates from joining the courses on time

Rejecting this claim the Court observed,

"There is an attempt to put every blame on the Corona Virus even where it did not have a direct nexus to the action performed by an institution or any instrumentality of the State. There cannot be a greater sin than to make use of the present situation and gain advantage for one's own self-aggrandize"

The manner in which admissions are being granted to unmeritorious candidates, the Bench said, gives an impression that there is something beyond merit that can secure admission to a candidate and which is the purchasing power. It observed,

"If this situation is allowed to be continued year after year and no one takes any steps to redress the same, it results in injustice to meritorious candidates. Obviously, these seats carry a lot of monetary value to it and a student with the necessary contact and financial wherewithal can purchase this seat and undergo the course along with students who had toiled and burnt the midnight oil to secure these seats on pure merit."

Further, the Bench highlighted the grave consequences of filling up a medical seat vacancy with an unmeritorious candidate, since it directly involves the life of a person. It remarked,

"A student who secures a seat in this manner, is a bigger danger to this society. After completing the course, by hook or crook, they will be handling the lives of innocent people. Where the means adopted is iniquitous, then obviously the end will also suffer from its consequences. Such a candidate can only be a fruit from a poisonous tree."

The Bench recollected that is the reason why the Supreme Court reiterates time and again that when it comes to postgraduate courses and super specialty courses, merit can be the only criteria of selection.

"This is an area which is safely guarded to ensure that merit is not compromised by replacing it with mediocrity. This prelude became necessary since this Court is now going to deal with a scenario where merit has been given a go-by and self-financing colleges have been allowed to fill up certain important clinical seats with candidates who were right down under the ladder of the merit list and thereby mediocrity gained an upper hand by using the loopholes under the prevailing system," the Bench added.

The order has come in a batch of writ petitions filed by medical aspirants, seeking various directions in connection to their admissions at medical colleges.

In one case, the Petitioner had submitted that she was allotted MD Micro Biology course during the first round of counselling under the Management Quota in PSG Institute of Medical Science and Research, Coimbaotre.

She submitted that the allotment order itself provided for upgradation of better choice during further counselling however, the mop-up counselling was not conducted and the College went ahead and allotted the seat in favor of a candidate who had secured lesser marks than her.

She had therefore sought a direction upon the Respondent authorities to fill up the PG Medical seats declared as vacant as per the seat matrix published by the Directorate of Medical Education, only by conducting Mop Up counselling for management seats 2020.

The Advocate General, appearing for the Respondent-authorities submitted that there were totally 103 seats available under the Management Quota and since there was no time to conduct the counselling, the selection committee wrote a letter to the self-financing colleges to fill-up the vacancies from the list forwarded to them.

Accordingly, the College also submitted that it was not able to allot the seat to the Petitioner since they had to only go by the list issued by the Selection Committee and if the Petitioner was allotted a seat, the seat occupied by her in MD Micro Biology would have fallen vacant.

At this juncture, the Court enquired as to why the College had not approach the Supreme Court seeking extension of time to conduct the mop-up counselling for the Management Quota.

The College informed that the Top Court had already extended the time from 31.05.2020 to 31.07.2020 and thereafter, to 31.08.2020 and therefore, it was thought that the Hon'ble Supreme Court may not grant any further extension of time to conduct the mop-up counselling.

Unconvinced by the College's response, the Court said,

"the Respondents should have approached the Hon'ble Supreme Court on time and explained the entire facts and sought for extension of time to conduct the mop-up counselling to fill up the Management Quota. On the alternative, nothing stopped the Respondents from conducting the mop-up counselling parallelly for filling up the vacancy in the Management Quota also. For reasons best known to the Respondents, this option was never exercised. As a result, 74 seats were given in a platter to the private colleges and these colleges merrily filled up the vacancies with candidates who could not even have dreamt of getting an allotment during regular counselling."

In view of such facts, the Court granted liberty to the Petitioner to give up her seat in PSG Institute of Medical Science and Research in MD Micro Biology, without imposition of any penalty, as contemplated under Clause 21(c) of the Prospectus. Further, it ordered that the Petitioner will be entitled to once again participate during selection in the next academic year for post-graduate courses.

The Bench cautioned, "This liberty granted by this Court cannot be taken as a precedent in any other case and it is confined to the peculiar facts of the present case."

In this case, the Karpaga Vinayakka Medical College, Chengalpattu, refused to admit the Petitioner inspite of being allotted a seat in the said college after he failed to pay the exorbitant fees.

It was submitted that the Petitioner was selected under the Government Quota for the MS Orthopedics course at the Respondent college.

On 30.08.2020, he paid a sum of Rs.30,000/- by way of Demand Draft before the selection committee. When he approached the College, and produced the provisional allotment order on the next day, the College demanded a sum of Rs. 35,00,000/- as against Rs.3,00,000/- which was the actual fee. When this was questioned by the Petitioner, the College refused to admit him and admission was given in favour of another candidate, who had obtained lesser marks.

It is further directed that the Respondent-college shall refund the entire amount received from the candidate who was admitted in the place of the Petitioner.