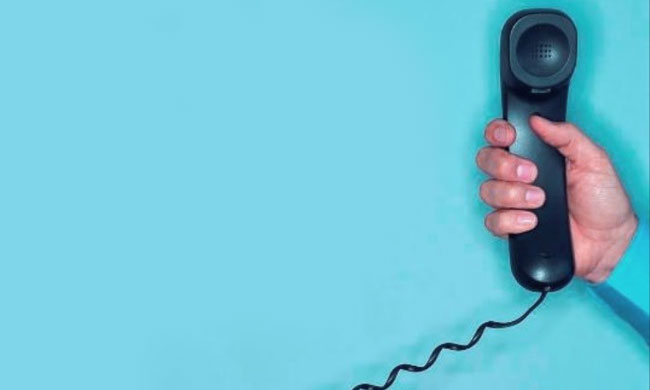 Setting aside a dismissal order passed against a constable and a head constable who allegedly wanted to favour the criminal and the phone conversation to that effect was recorded, the Chhattisgarh High Court last week observed that telephone tapping would infract Article 21 of the constitution of India unless it is permitted under the procedure established by law. The Bench of...

Setting aside a dismissal order passed against a constable and a head constable who allegedly wanted to favour the criminal and the phone conversation to that effect was recorded, the Chhattisgarh High Court last week observed that telephone tapping would infract Article 21 of the constitution of India unless it is permitted under the procedure established by law.

The Bench of Justice Goutam Bhaduri was hearing the pleas of the petitioners who were dismissed from service without there being any departmental enquiry, merely on the basis of CD transcriptions of the conversation (with a criminal).

It was stated that since the services were terminated on the basis of the telephonic/mobile conversations by invoking power under Article 311(2) Clause (b), as such, no departmental enquiry was held.

Further, when the said dismissal order was subject to departmental appeal, the same was also affirmed in appeal.

The challenge in the petitions before the Court, therefore, was to the dismissal orders passed by the respondent State Respondents.

Whether the telephonic conversation between the two individuals can be recorded to form a basis of dismissal?

To reach to a conclusion, the Court categorically observed that in PUCL Vs. Union of India AIR 1997 SC 568, the Supreme Court had issued certain directions/ guidelines for telephone tapping as otherwise, it had held that it would offend Articles 19(1)(a) & 21 of the Constitution of India.

At the outset, the Court noted that the orders didn't disclose the fact as to how the voices of the petitioners were identified and it was clarified as to whether proper assistance of any officer was taken to identify the voice of the petitioners or the criminal in question.

The Court also noted that the compact disk was not sent for examination to any expert or to any Forensic Science Laboratory and that the telephones or the mobiles in which the voice of conversation was recorded were not produced in original.

Noting that Section 65-B of the Evidence Act lays-down certain procedure to be followed about the admissibility of the electronic record, the Court remarked,

"In the instant case, it appears that the procedure for admissibility of such Compact Disk (CD) as envisaged in section 65-B of the Evidence Act has not been followed."

"When a question comes to fore that whether any valid procedure or statutory mandate was followed to dispense with the departmental enquiry which proceeded on the premises of a telephonic recorded statement, the obvious answer would be in negative."

Lastly, examining the orders of dismissal in the light of the observations made by the Supreme Court in the PUCL case and the procedure prescribed in section 65-B of the Evidence Act, the Court held that the very substratum to dispense with the enquiry cannot be held to be justified.

"The order of dismissal is primarily based on telephonic recorded conversation, which is against the dictum laid down by the Supreme Court, therefore, would tantamount to offend Article 21 of the Constitution of India."

Hence, the Court noted that the justification to dispense with an enquiry on the basis of telephonic recorded conversation couldn't be insulated by the judicial verdict and consequently, the orders of dismissal dated 28th July 2011 were set aside.

However, the respondents were given the liberty to hold the departmental enquiry against the petitioners by giving them proper opportunity of hearing and following the procedure of rules of natural justice and thereafter may pass appropriate orders.

With this, the petitions were disposed of.