COVID- "Why IPL Has Been Prioritised Over Public Health?": Plea In Delhi High Court To Stop IPL Matches With Immediate Effect 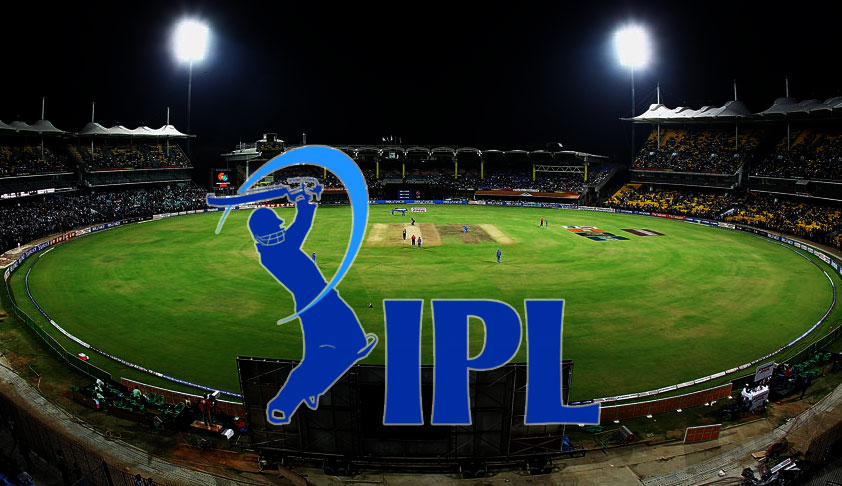 A public interest litigation has been filed in the Delhi High Court seeking directions to stop IPL Matches with immediate effect and to have an enquiry as to why such matches have been prioritised over public health by the respondent authorities.

A single judge bench comprising of Justice Pratibha Singh directed to list the plea before the appropriate division bench. The same shall be heard by the Court on 5th May.

"The present petition seeks a ban on the conduct of Indian Premier League (hereinafter, 'IPL') matches and prays for directions against the Union of India, the Board of Control for Cricket in India (BCCI) and the Delhi and District Cricket Association (DDCA) for stoppage of IPL matches with immediate effect. Considering the nature of the matter and the fact that this petition is in public interest, subject to orders of the Hon'ble Chief Justice, list before the appropriate Division Bench, as per the Roster, on 5th May, 2021." The order reads.

The petition filed by Karan S. Thukral and Inder Mohan Singh seeks relief against an "arbitrary, unreasonable and unjustified action on part of the Respondents" in purporting to conduct the IPL matches in Delhi amid the horrifying Covid-19 situation in national capital.

"In a capital city where the common people are struggling for beds in hospitals, cremation grounds for the last rituals , oxygen cylinders for critical patients and basic medicines, the conduct of IPL matches in Delhi would disturb the mental peace of those who are struggling to save their loved ones. Hence, the cricket stadium should be used to create Covid care centres in order to reduce the plights of the common people and these matches must be stoppes on an immediate basis." The petition reads.

Highlighting that a total of 8 IPL Matches have been scheduled to be held in Delhi from 28-04-2021 to 08-05-2021 amid the Covid-surge and the lockdown extension by the Delhi CM, the petition states thus:

"That the authorities have contended that they are providing a distraction to the people amid too much negativity all around by taking utmost care of the Cricketers by providing them air bubble safety while in reality it is the capitalistic agendas they are trying to conceal in the name of "the safe bubble". Although it is not the first time when the toils of common people are being mocked by those in powers, however, some showcase of sense was expected from an international figure such as the BCCI itself."

The petition also draws attention on the recent observation made by the Delhi High Court saying that Delhi Government's system had 'failed' as it failed to check hoarding of oxygen and warned that if it fails to address this issue it will ask central government officers to take over the situation.

"That Delhi, being one of the host cities for the two contrasting happenings – Covid19 and IPL, has turned into a battleground, not just for the teams fighting for victory but also for thousands of people fighting the ultimate battle between life and death. The question that then arises is how the government can allow its resources, including the stadium, the health care and the administrative staff to be diverted anywhere else while there is an acute shortage of medical infrastructure in the state. The current picture is so contrasting that at one end of the road, recreational event is taking place at the same time when people are standing in cues opposite the stadium to get admittance in the hospital located there." The petition further states.

Stating that the stadium which could have accommodated more than 500 people and used as a Covid care centre which was the utmost requirement of Delhi, the plea further provides that health facilities being provided to the cricketers can save many lives of the common people who are struggling to get their loved ones treated on time.

- Issue a Writ of Mandamus or any other appropriate writ, order / direction directing the Respondent(s) to stop the matches to an immediate effect.

- Issue a Writ of Mandamus or any other appropriate writ, order or direction directing the Respondent(s) to held an enquiry as to why the IPL is being prioritised over the Public Health.