'Disproportionate Restriction On Innocent Civilians':Plea In Gujarat HC Against Perpetual Imposition of S. 144 CrPC In Ahmedabad 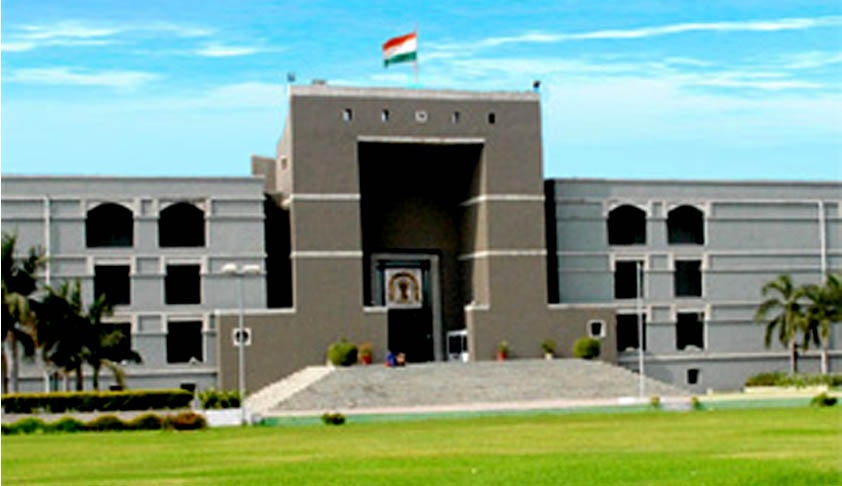 A petition has been filed in the Gujarat High Court against repeated issuance of curfew orders under Section 144 of CrPC and Section 37 of Gujarat Police Act, in the city of Ahmedabad, that too without identifying any imminent threat to public order and tranquility. "The impugned order is a disproportionate restriction on the rights of Petitioners as well as other innocent civilians...

A petition has been filed in the Gujarat High Court against repeated issuance of curfew orders under Section 144 of CrPC and Section 37 of Gujarat Police Act, in the city of Ahmedabad, that too without identifying any imminent threat to public order and tranquility.

"The impugned order is a disproportionate restriction on the rights of Petitioners as well as other innocent civilians who are not even likely to cause an imminent threat to public order. The Supreme Court has held that Section 144 orders must be issued against the wrongdoer and not against innocent civilians merely on grounds of convenience and expediency," the Petitioner said.

The plea alleges that the Police Commissioner of Ahmedabad notifies a curfew order before the tenure of the earlier curfew order expires, thus keeping the city under curfew perpetually, since April, 2016.

"as per Section 144(4), no order passed under this section would remain valid for more than two months from the making thereof. As per Section proviso to Section 37(3) of GP Act, no such Prohibition remains in force for more than fifteen days without the sanction of the State Government. It is submitted that routinely before the end of the period mentioned in first order, a second order is passed for succeeding period making the operation of such orders continuous and perpetual," the plea stated.

Section 144 empowers a District Magistrate, a sub- divisional Magistrate or any other Executive Magistrate on behalf of the State Government to issue an order to an individual or the general public in a particular place or area to "abstain from a certain act" if such Magistrate considers, that the direction is likely to prevent:

The Petitioner submitted that repeated issuance of such orders indicated that that in the opinion of the authority, entire city of Ahmedabad had been perceived to be under urgent need to avert imminent and apprehended danger for years.

The Petitioner pointed out these orders were being passed without any pressing need and without disclosing the material based upon which the authority was of the opinion that such an order was necessary.

"It is submitted that the impugned orders are completely silent regarding material facts based on which the opinion is arrived at. It simply states that in the opinion of the Commissioner there is a need to maintain public order. Such recording of satisfaction without recording material facts based on which such opinion is arrived at makes the very satisfaction illegal. It is further submitted that the opinion of the Respondent No. 2 is also imaginary, not based on any objective facts and is a mechanical repetition of statutory requirement of recording of satisfaction," the Petitioner alleged.

It was alleged that regardless of protest, the impugned orders made even a social gathering or singing song or playing music anywhere in a public place in city of Ahmedabad, an offence; and thus the orders were manifestly arbitrary and discriminatory. The Petitioner added that such orders were coming in the way of persons who wanted to peacefully demonstrate their disagreement with the ruling party on the Citizenship Amendment Act, thus infringing their right to dissent.

It was contended that these orders were not even notified properly or brought to public notice, thus violating the Notification itself and the requirement of law.

"section 144 of the CRPC and section 37 of the GP Act requires the authority to give public notice about the passing of the orders. Only in case of emergency or in cases where the circumstances do not admit of the serving in due time of a notice then the order may be passed ex parte under Section 144 of CRPC. It is further submitted that very body of the orders show that there is requirement of bringing the same to the public notice by sticking them at prominent places, informing through loud speakers, advertising in the newspapers, by radio and television. It is submitted that orders u/s 144 are operating in the entire city of Ahmedabad for years without providing any notice before or after the passing of the same," the plea read.

The Petitioner alleged that the impugned orders infringed the fundamental rights of the residents of Ahmedabad as they had been, without any plausible reason, deprived from exercising their right to freedom of expression, right to peaceful assembly and right to move freely under Article 19(1).

"The impugned orders are unreasonable restriction upon Articles 19(1)(a) 19(1)(b), as they ban all form of expression, including "discussion, "advocacy" and "incitement"…

…The impugned orders do not qualify as a reasonable restriction under Articles 19(2) – (4) as it is not issued in the interest of a legitimate state interest," the Petitioner submitted. Reliance was placed on Shreya Singhal v. Union of India, (2013) 12 SCC 73.

The Petitioner further pointed out that these orders were being passed without any jurisdiction and were thus bad in law.

"under section 144 of CRPC, the power to issue orders u/s 144 is with District Magistrate, a subdivisional Magistrate or any other Executive Magistrate specially empowered by the State Government in this behalf. It is submitted that the impugned orders are passed by Police Commissioner and therefore the same are without authority and jurisdiction," it was submitted.

It was lastly submitted that the impugned order violated the settled principle of law laid down by the Supreme Court that the State cannot impose overbroad restrictions on speech that is not harmful or does not lead to incitement of violence.

"issuance of impugned orders and their perpetual repetition and the failure of giving adequate notice to Petitioners and public at large violate rights of the Petitioners in as much as it prohibits them from gathering at public places with fellow residents, and enjoy their rights of speech and expression enshrined under Articles 19 and 21 of the Constitution," the Petitioner stressed. Reliance was placed on Ramesh Thapar v. State of Madras, 1950 SCR 594.

With these submissions, it was prayed that the impugned orders under the said provisions of CrPC and Gujarat Police Act be quashed and directions be made to the Respondent authorities that in case any such order is passed in the future, the same must be publicized by physically pasting it at prominent places, printing it in newspapers, broadcasting it through radio and television, sharing the same through website, Twitter, Facebook and Instagram in Gujarati and English.