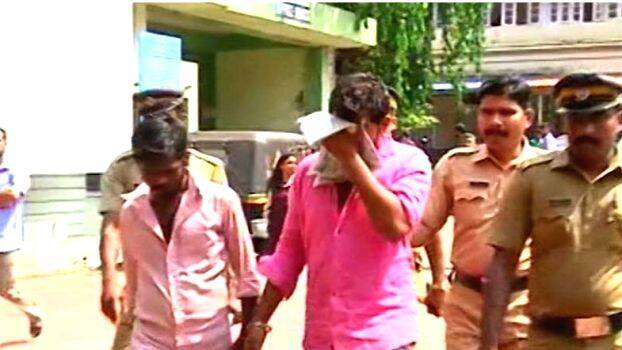 Massive outrage is building up in Kerala civil society following the acquittal of all four persons in the rape and death case of two minor girls, who were siblings, at Walayar in Palakkad district of the Kerala in 2017.The elder sister, aged 13, was found hanging in her house on January 13, 2017. Within two months, the younger sister, aged 9, was also found hanging in her...

Massive outrage is building up in Kerala civil society following the acquittal of all four persons in the rape and death case of two minor girls, who were siblings,  at Walayar in Palakkad district of the Kerala in 2017.

The elder sister, aged 13, was found hanging in her house on January 13, 2017.  Within two months, the younger sister, aged 9,  was also found hanging in her house on March 4, 2017. Both of them belonged to Scheduled Caste community.  As per the postmortem reports, both the girls were subjected to sexual assault. The autopsy report in the case of the younger girl even suggested the possibility of homicidal hanging.

The police however did not explore the angle of murder, and final report was submitted against four accused - V Madhu, M Madhu, Shibu and Pradeep Kumar- for offences of abetment of suicide, rape and unnatural sex under the Indian Penal Code and penetrative sexual assault under the POCSO Act. There is one more accused, who is a juvenile and proceedings against him are progressing in the Juvenile Justice Board.

The Special POCSO Court, Palakkad had acquitted one of the accused Pradeep Kumar on September 30. The other three accused were acquitted by the Special Court on October 25.

The acquittals in this case have jolted the society, with complaints arising from several quarters that the probe in the case was deliberately sabotaged. The appointment of Advocate N Rajesh, who appeared for the accused in the case for long time, as the Chairman of the Child Welfare Committee during the pendency of the trial added to the controversy. It was only after his appointment as CWC Chairman that he relinquished the brief of the accused in the case.  Rajesh was removed as the CWC Chairman on Monday following the furore.

The case got echoed in the Kerala Legislative Assembly on Monday with the opposition highlighting the lapses in investigation and prosecution. The Chief Minister Pinarayi Vijayan stated in the floor of the assembly that the government will examine if there are any such lapses and will decide on the need for a re-investigation or CBI probe. The government would appeal against the verdict and seek the services of an experienced lawyer, the CM added.

While the copy of the judgment acquitting three accused on October 25 is awaited, the judgment dated September 30 which acquitted Pradeep Kumar has been released.

A look at the judgment will reveal that the case was built on weak evidence.

"I have no hesitation to hold that the prosecution has miserably failed to prove the alleged offences against the accused beyond reasonable doubt", observed Judge  Muralee Krishna S, 1st Additional Sesssions Judge, Palakkad, in the judgment acquitting Pradeep Kumar.

The case was completely based on circumstantial evidence. The Court observed that the police had no case that the girl had died other than by way of suicide.

"Neither the prosecution nor the defence has a case during evidence that the girl died not by committing suicide", the Court said.

No direct evidence of sexual abuse

Pradeep Kumar was residing in a rented house about 100 meters away from the girls' family.  It was established in trial that he used to give tuition classes to the girl at his home.

The sexual abuse of the girl by Pradeep Kumar was sought to be proved through the depositions of three young women who were examined as Prosecution Witnesses 9, 10 and 12.

They told the Court that the elder sister confided in them that Pradeep Kumar had exhibited his nudity to her. The witnesses stated that the victim had became scared and perplexed when she encountered Pradeep Kumar on way. PW12 added that the girl  told her that the accused had once locked her in a room and asked her to click his nude pictures from his mobile phone.

The Court however disbelieved their statements based on contradictions regarding the timing of the girl's statements about the accused. In fact, two of them - PW9 and 11 - had turned hostile during trial.

According to PW9, the girl told about the accused when they were out together for canvassing votes for legislative assembly elections.  PW10 said that the statements were made by the girl when they were canvassing for a student political organization.  As per PW12, her mother was contesting in the Panchayat elections and the victim girl had accompanied her for election work. The statements about the accused were made then, PW12 said.

The Court also noted that the statements made by PW12 regarding the accused giving the deceased a mobile phone to click his nude photos were not found in her statement given to the police under Section 161 CrPC. This omission was treated as a material contradiction by the Court. In this regard, the Court referred to the precedent laid down by SC in Subhash v State of Haryana which stated that a significant omission made by a witness in the statement given to police under Section 161 can amount to a contradiction.

Also, as per PW12's statement, the victim girl told about the accused during Panchayat election work, which took place in 2015. However, the accused started residing near the victim's house only from January 2016.

From this, the Court concluded that PW9, 10 and 12 were "planted witnesses" who were "deposing falsehood before the Court with a view to help the prosecution".

The parents of the girl had not given any statement of witnessing her being subjected to sexual assault by Pradeep Kumar. Their evidence was only based on hearsay from PW9, 10 and 12.

The judgment noted that scientific evidence was lacking in the case.

"no semen or spermatozoa could be collected either from the specimen collected from the deceased girl or from the dresses of the accused. There is absolute absence of scientific evidence to connect the accused with the alleged offence."

The Court also observed that there was force in the argument of the defence that the statements of the witnesses were manipulated by the investigating officer after taking the accused into custody.

Further, the Court discarded the facts projected by the prosecution to show discovery of information pursuant to confessional statement of the accused as per Section 27 of the Indian Evidence Act. The prosecution stated that the place of commission of offence was told to the police by the accused. Further, the prosecution stated that the clothes worn by the accused at the time of offence were also shown to police by him.  But the Court said that in order to accept the confessional statement under Section 27, the facts discovered should be within the exclusive knowledge of the accused. Here, the the statements of PW9, 10 and 12 had mentioned about the alleged place of crime even before the confession of the accused. Also, there was no scientific or other evidence to show that the clothes claimed to have been discovered based on the confession of the accused were the ones which were worn by him at the time of crime.

"Hence the alleged disclosure statement of the accused is also not helpful for the prosecution", observed the Court in this regard.

One, the accused had been residing near the house of the victim in a rented house.

Two, the accused had an opportunity to commit an offence against the victim girl when she had visited his house either for playing or for obtaining tuition.