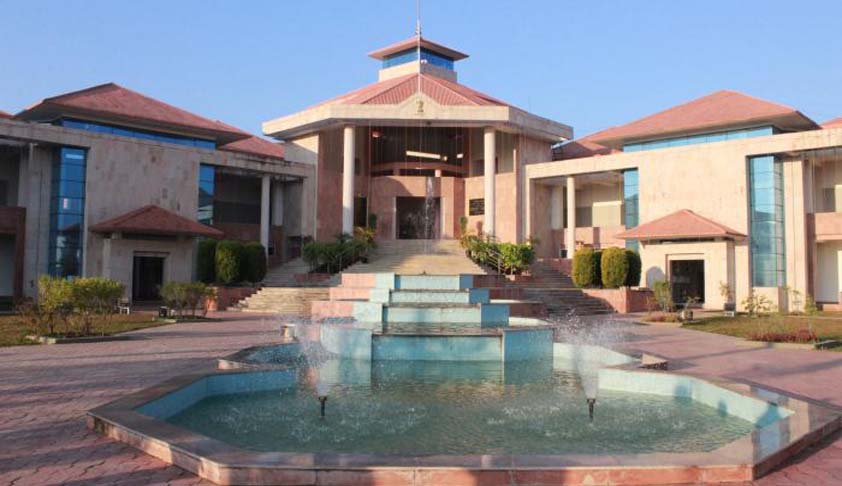 The order was passed by a division bench of Justice Lanusungkum Jamir and Justice Kh. Nobin Singh in various writ petitions and writ appeals filed by students affected by alleged anomalies, irregularities and illegalities committed by the Respondent MPSC, in the process of conducting the said exam.

In this behalf, the high court said,

"MPSC has no intention to conduct any examination in a fair and just manner. It had, in the present case, miserably failed to discharge its duties and functions as mandated in the Constitution of India. It would like to continue holding examinations, only in name, with a half baked rules so that it could manipulate it."

In the present case, the Appellant-students had assailed the order of a single judge who had dismissed their petitions challenging the validity and correctness of the said examination, based on the report of a Commission appointed by the court itself.

The said Commission, lead by the Director of the Manipur Judicial Academy, was given the authority to examine all the documents and papers and to examine such persons, officials or evaluators involved in the entire exercise of evaluation, beginning with codification upto the stage of tabulation and declaration of the results. The Commission was also given the authority to have access to the answer scripts of all the candidates as it might consider appropriate.

The single judge in his order stated that the Commission had been appointed for the limited purpose of ascertaining prima facie existence of patent illegality or irrationality in the functioning of the MPSC. Since the Commission was satisfied with the arrangements made, steps taken and processes adopted by the MPSC in the conduct of examination, the question of ordering a full scale and extensive enquiry did not arise.

The Appellants alleged before the high court that the aforesaid Commission had failed to hold a judicious enquiry inasmuch as the same was conducted one-sidedly with prior intention to prove that the conduct of the Examination was carried out without any unholy haste on the part of the MPSC. It was further alleged that the Commission never made an effort to verify the correctness of the statements made by the MPSC's officials by way of cross checking or by way of examining all the important examiners. Thus, it was asserted in light of the ruling in Avinash C. & Ors. v. State of Karnataka & Ors., (2018) 6 SCC 614, that the single judge ought not have passed the impugned order merely by relying on the Committee's report.

The Appellants thereby prayed for setting aside of the impugned order and quashing of the MPSC Exam, 2016. The Appellants also sought constitution of a High Level Probe Committee to investigate into the manner in which the Main Examination, 2016 was conducted by the MPSC.

Considerably, the examination was challenged on the following grounds:

The MPSC refuted the aforementioned allegations on the following grounds:

The Private Respondents, the meritorious candidates who had qualified the impugned examination, also contested the maintainability of the appeals and petitions, stating that since the Petitioners/Appellants had failed to qualify for the cut-off marks, they had no locus standi to challenge the selection process.

The plea of maintainability was not entertained by the court which noted that a similar preliminary objection was raised before the Single Judge who felt that there was no need of making any observation thereon, since the writ petitions were to be dismissed on merit. Since this portion of the judgment as regards the preliminary objections was not challenged by the Respondents, the court held that the same could not be contended.

Further to ascertain the correctness of allegations so leveled against the MPSC, the high court constituted a Committee, consisting of a retired District & Sessions Judge and a retired IAS officer. The scope of enquiry of the Committee was confined to the answer sheets of the candidates who had approached the High Court. Accordingly, the Committee submitted the following findings:

Based on these findings, the court said,

"From the materials on record, the MPSC has miserably failed to discharge its duties properly... The MPSC appears to have proceeded on the footing that it could do whatever it feels like and that nobody could question its bonafide. This Main Examination, 2016 which is considered to be the highest examination in the State, had been conducted for the namesake without any botheration about its outcome… One or two irregularities can be said to be attributed to human error but the irregularities which are innumerable and alarming, demonstrate the callous attitude of the MPSC in playing with the career and future of the candidates. Considering the lapses and irregularities, no considerate and reasonable man would agree that the Main Examination, 2016 had been conducted in a fair and just manner."

The following discrepancies in the examination process were found to be fatal:

The court said that to ensure equality of opportunity as enshrined under Article 16 of the Constitution, the procedure established by law for making public employment ought to have been followed by MPSC. Reliance was placed on Public Service Commission v. Girish Jayantilal Vaghela & Ors., (2006) 2 SCC 482. Further, it asserted that the decision making process should have been transparent, fair and open, in terms of Article 14 of the Constitution.

However, the MPSC had not only miserably failed in upholding the Constitutional vires but had also breached the provisions, specifically Rule 26 B, of the Manipur Public Service Commission (Procedure & Conduct of Business) Rules, 2011.

Stating the Supreme Court has in Joginder Pal & Ors. v. State of Punjab & Ors., (2014) 6 SCC 644, held that an appointment made in violation of Article 14 and 16 of the Constitution would be void, the court quashed the MPSC, 2016 examination with liberty to MPSC to conduct the Main Examination, 2016 afresh after due notice being given to the candidates.

Further observing that "It is the right time for the MPSC or for that matter, its staff or officials to be penalized for their misdeeds which they have been doing for the last many years and if not penalized now, they would continue to do so in future at the cost of public interest and public money," the court directed the CBI to investigate into the conduct of the Main Examination, 2016 by the MPSC within three months and take appropriate action thereafter in accordance with law.