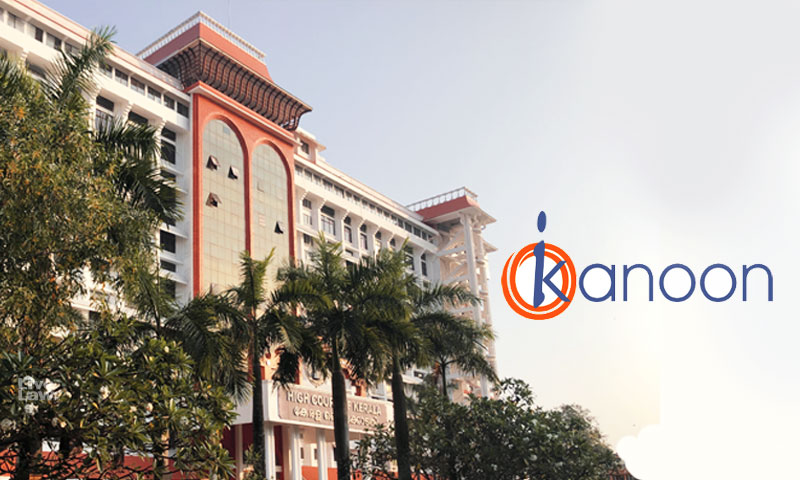 "Law allows the publication of matters which are "public records", including court records and orders of courts/tribunals," said legal search engine Indian Kanoon in a counter-affidavit filed before the Kerala High Court in response to a writ petition seeking removal of the name/ personal details of the Petitioner. The website has contended that once a case becomes public record,...

"Law allows the publication of matters which are "public records", including court records and orders of courts/tribunals," said legal search engine Indian Kanoon in a counter-affidavit filed before the Kerala High Court in response to a writ petition seeking removal of the name/ personal details of the Petitioner.

The website has contended that once a case becomes public record, the Right to Privacy no longer subsists and it becomes legitimate subject for relevant stakeholders to review the same.

It is further averred that the concept of open justice requires transparency of judicial proceedings and the publication of Court orders, so that the general public is aware of the law of the land.

In October last year, the Kerala High Court had admitted a plea seeking removal of the name/ personal details of the Petitioner, who was once an accused in a criminal case.

Right To Be Forgotten: Kerala HC Admits Plea For Removal Of Personal Details In Reported Court Orders From Search Engines

The Petitioner was primarily aggrieved by the fact that despite his exoneration from the criminal proceedings, the website continued to publish a Bail order concerning those proceedings without redacting his name therefrom, which was also the first search result on Google, thereby causing him trauma.

Thus, asserting that the fundamental right to privacy would include a "right to be forgotten", the Petitioner had sought a direction upon the companies to remove his personal details.

The website's affidavit sworn by Sushant Sinha, Indian Kanoon's Director, has stated that the writ petition has an adverse impact on the right to freedom of expression and the right to access information under Article 19(1)(a) of the Constitution.

It is submitted that the said right can only be curtailed by the law-making Power of the State on grounds mentioned under Articie 19(2) of the Constitution and such a law must be "narrowly tailored" to meet the requirements of necessity.

The website has urged that there has to be a balance between the right to Privacy and the right to freedom of expression in context of judicial orders.

In this context, it has referred to the landmark decision of the Supreme Court in Rajagopal v. State of Tamil Nadu, (1994) 6 SCC 632, where it was recognized that the right to Privacy is implicit in the right to life under Article 21 of the Constitution, but such a right would not extend to protect an individual from publications based on public records including, court records.

"It is further well settled that court Order cannot be prevented from publication by third Parties, except if a court specifically passes such an order itself…with a view that the continued publication will interfere in the administration of justice," the affidavit states.

It is significant to note here that the Petitioner has sought that the decision in Rajagopal case (supra) needs to be "looked into" again. However, the website has stated that this judgment was endorsed by the nine-Judge Bench in Justice KS Puttaswamy (Retd.) & Anr. v. Union of India & Ors.

It is further pointed out that even though the Court made reference to the "right to be forgotten", as recognized by the European Parliament's General Data Protection Regulation, in the Puttaswamy judgment (supra),

"It did not declare or "acknowledge" such a right in the Indian context, as wrongfully averred in paras 5 and 6 of the petition. In fact, the Hon'ble Supreme Court laid emphasis on the role of the legislature in introducing similar protections under Indian law and the need for the State to introduce a Data Protection legislation that balances the right to Privacy with legitimate interests of the State," the website submitted.

In this context it has also claimed that the Petitioner is seeking to invoke the extraordinary jurisdiction of the Court to bypass the detailed legislative procedure that is under way for providing statutory recognition of the right to be forgotten.

"The Petitioner is using the present Petition to seek Judicial recognition of the right to be forgotten, even though Respondent No. 1 [Union of India] is actively considering the contours of such a right, when it can be invoked, and how it will be interpreted by an Adjudicating Officer appointed by the Data Protection Authority through the Persona} Data Protection Bill, 2019. The said Bill has been referred to a Joint Parliamentary Committee of both the Houses, under the Chairperson of Smt. Meenakashi Lekhj (New Delhi) M.P. for examination and Report."

Inter alia, it is averred that the writ petition is not-maintainable as the website is a private company incorporated under the Companies Act, 2013 and not "State" within the meaning of Article 12 of the Constitution.

It is submitted, "Respondent No. 3, as a private entity, is in no manner remotely associated with any State entity or authority discharging a Public function, as required under Article 226 of the Constitution."

Reliance is placed on Ajay Hasia v. Khalid Mujib Seftravardi, (1981) 1 SCC 722, where a Constitution Bench of the Supreme Court had held that the fundamental rights may be claimed against corporations only if they can be considered an instrumentality of the State under Article 12 of the Constitution i.e. if they are in effect owned or controlled by the government and there is deep and pervasive control and financial assistance of the State.