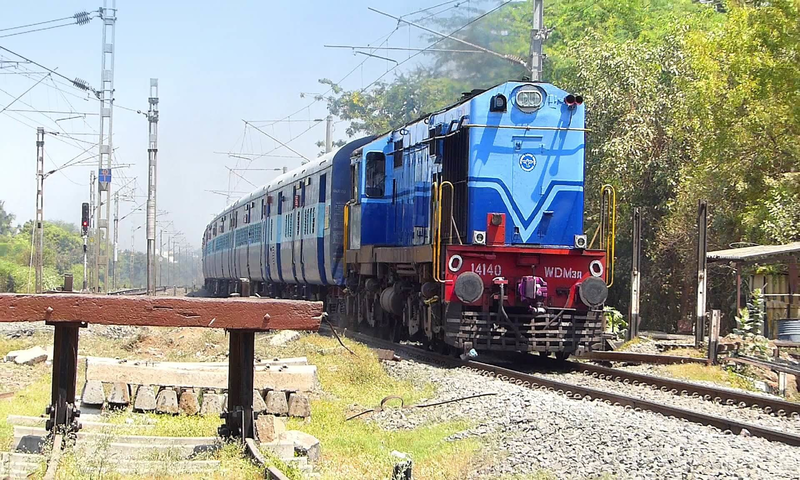 x
"This court perceives encroachment over the Railway land as a menace/hindrance to development which ultimately results in the average Indian citizen being deprived of better amenities and experiences" : Allahabad High Court.

Observing that the railways' administration has miserably failed in its duty to prevent encroachment over its land, the Allahabad High Court today issued a slew of directions to eradicate the menace of encroachment over the Railway land.

The Bench of Justice Pritinker Diwaker and Justice Ashutosh Srivastava perceived the encroachment over the Railway land as a menace/hindrance to development which ultimately results in the average Indian citizen being deprived of better amenities and experiences.

The Court issued the following directions as it observed that it is saddened by the attitude of indifference adopted by the officials of the Indian Railways to keep encroachments under check:

Essentially, the Court was dealing with a plea seeking demolition of the constructions raised on the railway property in Puresoordas, Pargana Jhunsi, Tehsil Phoolpur, District Allahabad (Prayagraj).

The Court was told that the land belonging to the Indian Railways had been encroached upon and despite knowing this fact, no action had been taken by the railway officials to remove the said encroachments.

Against this backdrop, the Court observed that it is mindful of the numerous directions and orders that the Hon'ble Apex Court has passed and in such circumstances, therefore, even though the petitioner had not instituted a PIL, the Court, exercising its extraordinary powers vested in it under Article 226 of the Constitution of India, treated the instant Writ-C, as a Writ PIL and proceeded to entertain the same and issued the abovementioned directions.

"There is a special enactment which enables the Railways to protect its property i.e. its statutory and public trust obligation. It was open to the concerned authority to invoke the provisions of the special enactment including the Public Premises Act. For that, the Estate Officers should have moved into action in right earnest at the earliest opportunity. Even that option is not being invoked for reasons best known to the authorities. Besides, the Railways maintains a Railway Police Force whose services could be utilized to safeguard the railway property wherever it is situated," the Court observed as it disposed of the plea.