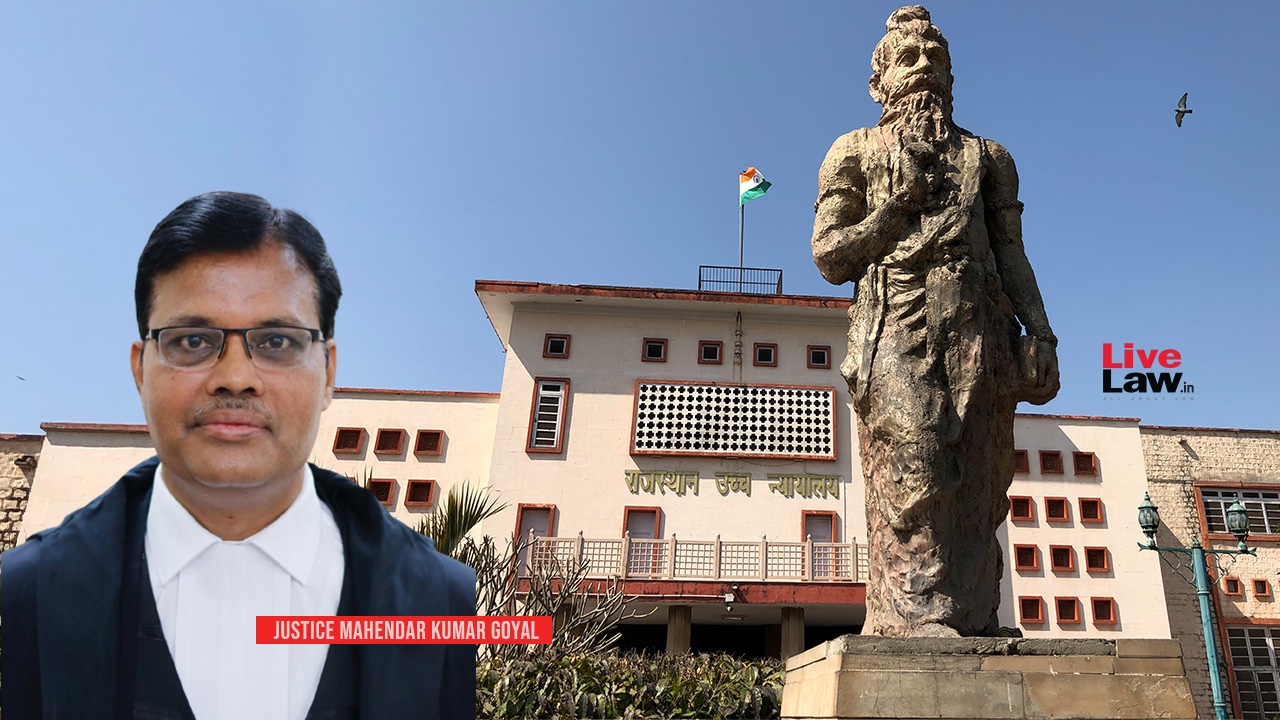 Notably, Justice Mahendar Kumar Goyal was examining the status and position of a Governor under our Constitution, i.e., whether he is an independent entity from the State Government or a part of it.

"Logically, once the Governor is part of the State Government, as a natural corollary, its Secretariat must also be part of the State Government", said the court. It added that the Constitution does not envisage a separate and independent secretarial service attached to a Governor office inasmuch as wherever it is so required, specific provisions in this regard exist; such as, Articles 98, 146, 187, 229 and 218. Thus, the court opined that there is no constitutional provision providing for a separate and independent Governor Secretarial Service.

The court said that Rule 4(1) of the Governors (Allowances and Privileges) Rules of 1987 clinches the entire issue which make a provision for a separate Secretarial staff for a Governor, which shall be provided by the concerned State Government and the expenditure incurred on it shall be charged on the Consolidated Fund of the concerned State, which shall not form part of the Governor's allowance.

In this regard, the court said that the State being governed by Rule of law, the public employment has to be governed by Rules/Regulations framed within the constitutional framework and cannot be left to unbridled discretion of any authority, be it the constitutional or the statutory. No independent Rules except the subject guidelines dated 29.1.2013 were cited by the petitioners (employees in the office of Governor) in support of their contention that the Rules framed by the State Government under Article 309 of the Constitution are inapplicable on the staff in the Governor Secretariat, added the court.

The court concurred that none of the parties is at variance on the aspect that the Rules of 1970 do not govern the service conditions of the staff working in the Governor Secretariat. The court found substantial force in the state's submission that the Governor's Secretariat is an office under the State Government and hence, it opined that the Rajasthan Subordinate and Ministerial Service Rules, 1999 hold the field.

Further, the court observed that petitioners' apprehension that holding the Governor's Secretariat to be an office subordinate to the State Government, may violate the inviolable independence and high constitutional status of the office of the Governor, is wholly misconceived and misplaced inasmuch as the Governor's office and its Secretariat are two separate and independent entities.

The court said that it is not convinced that the DoP had authority to hold and convey that in absence of applicability of the Rules of 1970, the Governor office was free to frame its own Service Rules or lay down guidelines governing promotion of the Class-IV employees to the post of LDC. The court added that the procedure as prescribed under the Rules of Business has to be followed by the DoP, before framing or amending any Service Rules regulating recruitment and conditions of service of persons appointed to the Public Services and posts.

In this regard, the court opined that the procedure prescribed under the Rules of Business has not been followed either before issuance of the letter dated 20.12.2012 or before issuing the order dated 29.1.2013 laying down the guidelines prescribing the promotion criteria. The court observed that the said letter and guidelines issued by the Governor's office dehors the statutory provisions are void ab initio & non-est.

The court said, "Contention of the learned counsels for the petitioners that the State was estopped from changing its stand which it has taken in its initial reply to the writ petition no.15192/2017 wherein, it has stated that since the Rules of 1970 were inapplicable on the Governor Secretariat, it was at liberty to frame its independent Rules to govern the service conditions of its staff, cannot be countenanced as it is trite law that there can be no estoppel against the law."

The court added that it is not persuaded to hold that merely because the petitioners (promotee employees) were not afforded an opportunity of hearing before passing the order on 30.7.2020 for withdrawing the benefit of promotion granted to them, it needs to be quashed and set aside.

Further, the court observed that it is trite law that if setting aside an order which is found to be issued without jurisdiction/bad in law, results into restoration of another illegal order, the courts would be loath to set aside the later order as it would amount to perpetuate illegality. The court added that if the order dated 30.7.2020 is quashed and set aside being violative of the principles of natural justice, it would restore the promotion order of the promotee-employees based on the guidelines dated 29.1.2013 which have been held to be void ab initio and thus, non est.

Whether Promoted Employees Are Entitled To Continue On The Post On Account Of Promotion Granted Under Guidelines?

It is noted by the court that petitioners have been granted promotion relaxing the promotion quota vide guidelines issued vide order dated 29.1.2013 which have been held to be void ab initio and non est. It is also revealed that, but for the guidelines, other eligible and senior Class-IV employees in the Governor Secretariat at the relevant time, would have been promoted prior to promotion of the petitioners, added the court.

The court refrained from passing any order/direction qua the Class-IV employees in the Governor's Secretariat at the relevant time when the guidelines dated 29.1.2013 were issued, who were senior to the petitioners, the promotee employees and were otherwise eligible for promotion to the post of LDC as per their qualification, but for the guidelines, in view of pendency of a writ petition filed on behest of such Class-IV employees.

While considering the aforesaid factual background and in view of the judgements of Apex Court, the court said it has been directed not to remove/terminate service of an employee who has worked on a post for a considerable period of time, though not eligible, for no fault of his own and to balance equity.

Directions of the Court

The court disposed off the writ petitions with following directions: