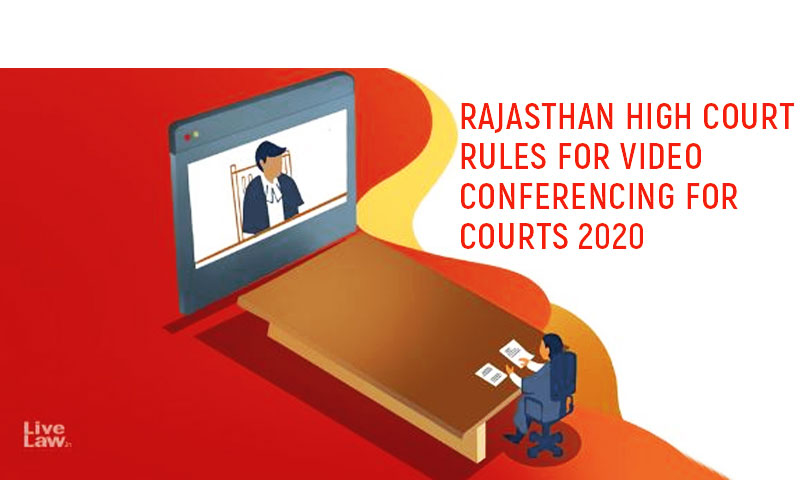 It also states that "all relevant statutory provisions applicable to judicial proceedings including provisions of the CPC, CrPC, Contempt of Courts Act, 1971, Indian Evidence Act, 1872, and Information Technology Act, 2000, shall apply to proceedings conducted by video conferencing".

The rules provide that where the persons, who are being examined, or the accused to be tried, is ln custody, the statement, or, as the case may be, the testimony, may be recorded through video conferencing and the Court shall provide adequate opportunity to the under-trial prisoner to consult in privacy with their counsel before, during and after the video conferencing

The Court would be at liberty to record the demeanor of the person being examined.

An audio-visual recording of the examination of the person examined shall be preserved. An encrypted master copy with hash value shall be retained as a part of the record.

Judicial remand, framing of charge, examination of accused, and Proceedings under Section 164 of the CrPC

As per the rules, the Court may, at its discretion, authorize the detention of an accused, frame charges in a criminal trial under the CrPC by video conferencing. However, they rules further provide that ordinarily judicial remand in the first instance or police remand shall not be granted through video conferencing save and except in exceptional circumstances for reasons to be recorded in writing.

The Court may, the rules provide, in exceptional circumstances, for reasons to be recorded in writing, examine a witness or an accused under Section 164 of the CrPC or record the statement of the accused under Section 313 CrPC through video conferencing, while observing all due precautions to ensure that the witness or the accused as the case may be is free of any form of coercion, threat or undue influence. The Court shall ensure compliance with Section 26 of the Evidence Act.

In order to observe the requirement of an open Court proceeding, the rules allow the members of the public to view Court hearings conducted through video conferencing, except proceedings ordered for reasons recorded in writing to be conducted in-camera.

The rules also stated that the Court shall endeavour to make available sufficient links (consistent with available bandwidth) for accessing the proceedings.

Requirements for VC hearing as mentioned in the Rules