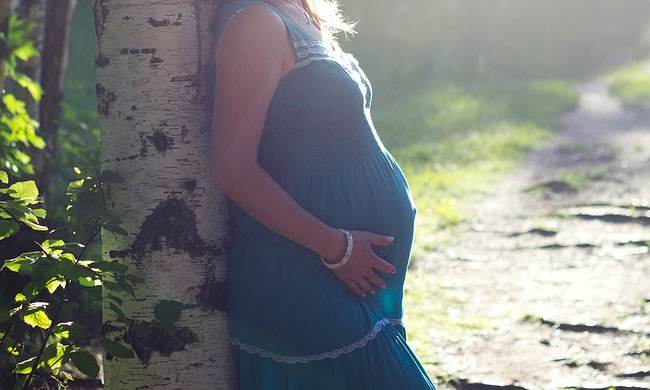 Seeking certain amendments to the Surrogacy (Regulation) Bill, 2019, the Rajya Sabha on Thursday referred the Bill to the Select Committee. The bill was cleared by the Lok Sabha during the Monsoon session of Parliament, on August 5.Union Minister for Health and Family Welfare Dr Harsh Vardhan moved a resolution to refer the bill to select committee, in the light of amendments proposed...

Seeking certain amendments to the Surrogacy (Regulation) Bill, 2019, the Rajya Sabha on Thursday referred the Bill to the Select Committee. The bill was cleared by the Lok Sabha during the Monsoon session of Parliament, on August 5.

Union Minister for Health and Family Welfare Dr Harsh Vardhan moved a resolution to refer the bill to select committee, in the light of amendments proposed by several members. The bill sought to prohibit commercial surrogacy and to regulate altruistic and proved infertility surrogacy in India.

The contentious provisions in the bill were the five years waiting period prescribed for a couple to avail surrogacy measures and allowing only close relatives of a person to be a surrogate mother.

During the discussion on Wednesday, Congress MP Jairam Ramesh said that the bill was drafted without taking note of realities of Indian families.

"It is unrealistic to expect one's sister or sister in law to be a surrogate mother", he said. The bill is effectively banning surrogacy, instead of regulating it, added the Congress MP.

Jairam Ramesh slamming the provision in the Bill which allows only a "close relative" to be a surrogate mother.
"This flies in the face of the realities of Indian families", he says.
This will effectively end the practice of surrogacy.#Surrogacy

AIADMK MP Vijila Sathyanath suggested that the 5 yrs waiting period post marriage, before a couple becomes eligible to undertake surrogacy, should be removed. Seconding the proposition, MP Lal Singh Vadodia questioned the need to wait for five years in cases where the female did not have a uterus.

Suggesting that the Bill be postponed until the Assisted Reproductive Technology (ART) Bill is passed, MP Jairam Ramesh said,

"It is very complicated Bill. We all agree that surrogacy should be regulated but in what form, it is still debated…Bill is dealing with surrogacy but not dealing with the technology of surrogacy."

It was further pointed out by various MPs that the Bill was silent on:

In its present shape, the Bill allows altruistic surrogacy, a selfless arrangement where only medical expenses and insurance cover are provided to the surrogate mother, and there's no room for any other monetary reward. The bill also, by virtue of Section 4, allows surrogacy in cases of proven infertility. The provision also prohibits surrogacy for producing children for sale, prostitution or other forms of exploitation.

The bill provides for constituting a National Surrogacy Board and State Surrogacy Boards under Chapter V, for regulation of surrogacy. It also intends to appoint other appropriate authorities who shall be empowered to issue 'certificate of essentiality' and 'certificate of eligibility' to the intending couples under Section 4 of the Bill.

A certificate of essentiality will be issued to the couples who possess:

(i) a certificate of proven infertility from a District Medical Board;

(ii) an order of parentage and custody of the surrogate child from a Magistrate's court; and

(iii) insurance cover for the surrogate mother for a period of 16 months.

A certificate of eligibility will be issued to the couples:

(i) who are Indian citizens, married for at least 5 years;

(iii) who do not have any surviving child, whether biological, adopted or surrogate, not including a special child or a child who suffers from life threatening illness.

Section 4 of the bill also lays down eligibility criteria for a surrogate mother and she is bound to obtain a certificate of eligibility from the appropriate authority. She has to be:

(i) a close relative of the intending couple;

(ii) a married woman having a child of her own;

(iv) a surrogate only once in her lifetime; and

(v) in possession of a certificate of medical and psychological fitness for surrogacy.

Section 7 of the bill imposes prohibition on abandoning a child born out of surrogacy, for whatsoever reason. In fact, a surrogate child shall be deemed to be the biological child of the intending couple.

Further, Chapter IV of the bill prescribes that no surrogacy clinics shall operate without due registration, granted by the appropriate authority. There is also a prohibition on aborting a surrogate child without written consent of the surrogate mother and the authorization of the appropriate authority. This authorization, so granted by the authority, must be compliant with the provisions of Medical Termination of Pregnancy Act, 1971. The surrogate mother will however have the option to withdraw from surrogacy before the embryo is implanted in her womb.

Section 35 of the bill prescribes a punishment of imprisonment up to 10 years and a fine up to Rs. 10 lakh in case a person is found:

(i) advertising commercial surrogacy in any form.;

(iii) abandoning or exploiting a surrogate child; and

(iv) selling or importing human embryo or gametes for surrogacy.

Issues raised in the Upper House

Certain modifications were sought in provisions relating to mandate that only a close relative can be a surrogate mother; limitation for abortion, etc.