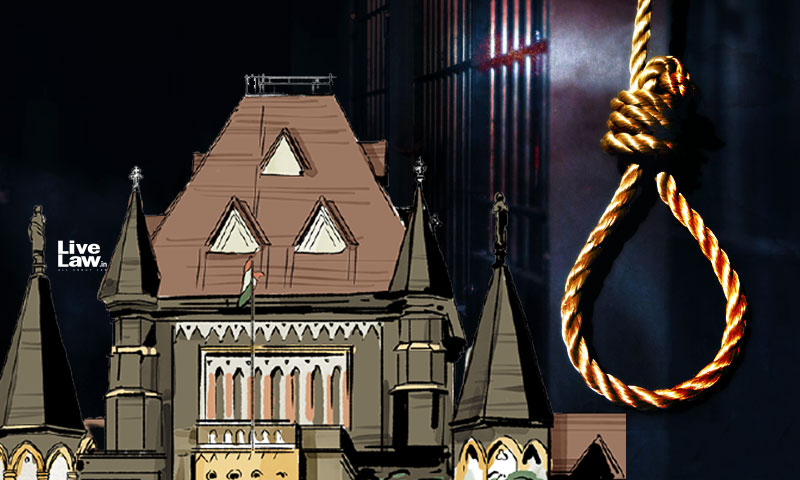 The Bombay High Court on Thursday confirmed the death sentence awarded to a convict who raped and murdered a 3 year 9 months old girl, who had ventured out of her house to play with her dog.Confirming the death sentence awarded by Special POCSO Judge, Thane, the Bench of Justice Sadhana S. Jadhav and Justice Prithviraj K. Chavan observed thus:"A bud of rose was crushed before it bloomed, a...

The Bombay High Court on Thursday confirmed the death sentence awarded to a convict who raped and murdered a 3 year 9 months old girl, who had ventured out of her house to play with her dog.

"A bud of rose was crushed before it bloomed, a kite was torn when about to fly, the budding flower was crushed to ashes and the kite took the soul away."

This is yet another sad saga of a three-year-old girl child, who was playing with her little dog, when she was noticed by a knave man who was driven by a desire of lust upon the sight of a little happy harmless child playing in her own world."

The victim girl ventured out of her house to play with her dog and when she did not return home, her father lodged a missing report. Three days later, she was found lying in a mud pond.

The autopsy on the dead body of the child showed that she had been brutally sexually abused before she was put to death. The cause of death was "death due to head injury with extensive genital injuries."

The trial commenced and he was awarded the death penalty by the Lower Court.

At the outset, the Court agreed with the APP that the act committed by the accused was gruesome and revolts human conscience and it was a gruesome act, committed in a diabolic manner. It was also argued that the act of the accused by itself would show that the question of any other sentence except the death penalty is unquestionably foreclosed.

Further, noting that observe that in the instant case, the prosecution had proved the chain of circumstances against the accused beyond a reasonable doubt, the Court observed thus:

"It is unimaginable that a cheerful, frolicking child enjoying with her pet would provoke the feelings of lust in a man who is a father of two daughters and a son. The perversity in the mind of the accused is apparent and therefore, we are of the opinion that the aggravating circumstances in the present case outweigh the mitigating circumstances placed before the court in the course of hearing of the appeal."

Importantly, the Court spoke to the accused and noted that he had no remorse for what he did, and therefore, the Court remarked that the appellant had not, for a moment thought of the precious life of the minor child.

It did not strike him for a moment that he himself happens to be a father of two daughters, who are yet to see the life, the Court said.

Stressing that the crime smacks of degradation of a girl child, depravity and perversity of his mind, and the fact that the child was sexually assaulted in a barbaric and inhuman manner, calling the crime, diabolic in nature, the Court held that it was a brutal murder which made it the rarest of rare case.

Further, noting that the accused in the present case deserves the death penalty, as any alternative punishment would be unquestionably foreclosed taking into consideration the inhuman and barbaric act of the accused, the Court remarked thus:

"It is such an incident that parents of every small girl child would feel a chill down the spine before sending their undefended, innocent, minor girl child to see the rainbow as they would be scared as to whether she would fall prey to any monster like the present one. It is the safety of a girl child which is of paramount importance to society," the Court further observed.

Lastly, the Court directed the District Legal Service Authority to pay 10 lakhs compensation to the victim's father within 30 days, since the mother of the victim had abandoned the child two years prior to the incident and had not even inquired about the death of her girl child.

Case title - The State of Maharashtra vs. Ramkirat Munilal Goud