'First Remand Cannot Be Via Video Linkage': Madras HC Directs Production Of Accused Before Magistrate, Albeit Non-Jurisdictional, Where Place Of Arrest Is Outside State [Read Order] 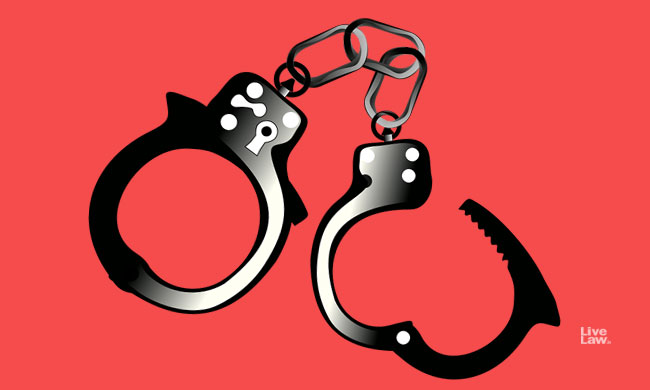 The Madras High Court on Tuesday held that that a person involved in an offence in Tamil Nadu/Puducherry, but arrested in a place outside the region, shall be physically produced before a Judicial/Metropolitan Magistrate in the place of his arrest, though the said Magistrate may not have the jurisdiction.The Madurai Seat of the High Court made it clear that after such accused is remanded...

The Madras High Court on Tuesday held that that a person involved in an offence in Tamil Nadu/Puducherry, but arrested in a place outside the region, shall be physically produced before a Judicial/Metropolitan Magistrate in the place of his arrest, though the said Magistrate may not have the jurisdiction.

The Madurai Seat of the High Court made it clear that after such accused is remanded to judicial custody, he may be produced before the Jurisdictional Court in Tamil Nadu/Puducherry for the first time via video-conferencing.
The bench of Justices of P. N. Prakash and B. Pugalendhi said that the aforesaid direction was in view the Court's observation of "certain difficulties in respect of production of accused involved in a case in Tamil Nadu/Puducherry, but, arrested outside the State, as inter-State transport has been suspended".
The Division Bench acknowledged that Under Rule 6(1) of the Tamil Nadu Criminal Rules of Practice, 2019, first remand cannot be via video linkage, but by physical production of the accused before the Court.

The said Rule stipulates that No accused shall be placed under remand for the first time, unless he is produced physically. At the time of remand, the Judge/Magistrate shall see if there is any injury on the person of the accused. Any such injury shall be recorded in the remand order and the remand warrant as well. It is permissible to make extensions of remand through the medium of electronic video linkage.

The reiteration of this Rule by the Court assumes significance in the light of the recent horrific custodial deaths of a father-son duo in the state, of which suo motu cognisance has been taken by the same division bench.
The case has raised troubling questions about Magistrates fulfilling their duty in protecting life and personal liberty against arbitrary assaults of the police.
What has come to the fore as a major lapse in the case is that, as per preliminary reports, Jeyaraj and Bennix were remanded despite both of them being severely injured. Curiously, the FIR in the instant case also mentioned that the accused had "suffered internal injuries".

In this regard, it is to be noted that Section 167(2), proviso (b) of the Code of Criminal Procedure insists on the physical production of the accused before the Magistrate at the first instance. The provision permits production via video conferencing only for subsequent extension of remands. This is to ensure that the accused is physically examined by the Magistrate at the first instance. This provision, if properly complied, acts as a safeguard against custodial violence.

In the light of COVID-19 pandemic, many Courts have diluted the mandatory requirement of physical production of accused for the purposes of first remand.

The Karnataka HC has also ruled that a Magistrate can authorize the remand of an accused for the first time via video conferencing in exceptional circumstances in the wake of COVID-19 pandemic, despite the bar under Section 167(2)(a) CrPC.

On Tuesday, the division bench at the Madurai Seat, found that "the COVID19 pandemic situation has not reduced and is in fact increasing resulting in lock down announced by the State Government. Inter-state transport has not been resumed".
In such view of the matter, the bench directed the extension of various interim orders till July 31 subject to the right of the aggrieved party to move for vacating the order where it causes undue prejudice. The bench also directed that all remands both under Section 167 Cr.P.C. and Section 309 Cr.P.C., will stand extended till July 31 without prejudice to the right of the prisoner to be released on bail in the meanwhile.