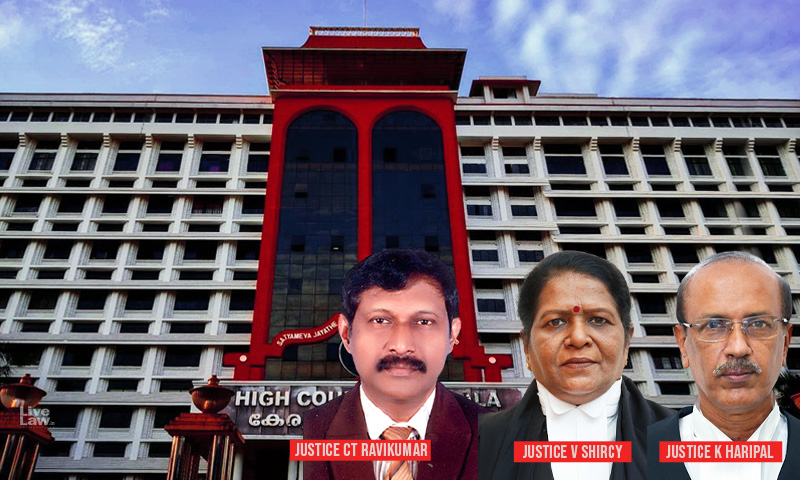 Answering a reference against a division bench judgment, a 3-judge bench of the Kerala High Court has held that the publication of notice under Order 1 Rule 8 of the Code of Civil Procedure is not mandatory at the appellate stage of a representative suit.A 3-judge bench comprising Justices CT Ravikumar, V Shircy and K Haripal declared that the division bench judgment in Radha K.S. v....

Answering a reference against a division bench judgment, a 3-judge bench of the Kerala High Court has held that the publication of notice under Order 1 Rule 8 of the Code of Civil Procedure is not mandatory at the appellate stage of a representative suit.

A 3-judge bench comprising Justices CT Ravikumar, V Shircy and K Haripal declared that the division bench judgment in Radha K.S. v. Sadasivan and another [2017 (1)KHC 118 : 2017 (1) KLT 102], which held that provisions of Order 1 Rule 8 CPC are to be complied with at the appellate stage, was "not correctly decided".

The question referred to the bench was :

"Is an appeal preferred against a decree passed in a representative suit incompetent, without making a further publication under sub-rule (2) of Rule 8 of Order I of the Code of Civil Procedure?"

Appeal a continuation of suit proceedings

The bench also stated that the publication under Order 1 Rule 8 at every stage of proceedings is not a mandatory requirement and was discretionary.

"Firstly, the very statement, it is a mandatory requirement, in our assessment, is an overstatement. There is no such mandate in the Code requiring the publication under Order I, Rule 8 CPC at every stage of the proceedings.

Secondly, a mandatory provision is one which has to be obeyed in its letter and spirit and anything done without such compliance stands vitiated. [See the decision reported in Bharat Hari Singhania and others v. Commissioner of Wealth Tax and others (AIR 1994SC 1355)]. Since there is no such provision in the Code, we cannot say that it is mandatory. Moreover, we have not come across any judicial pronouncement making such procedure imperative at every stage of the proceedings.

As correctly argued by the learned counsel for the respondents,when it is said that granting permission or issuing direction is a matter of discretion, it cannot be said to be mandatory. These two propositions cannot go together".

Highlighting the "intrinsic unity" of the proceedings under the CPC, the bench observed :

An appeal being the continuation of the original proceedings, no fresh adjudication takes place. Appeal courts re-examine and re-assess the legality and correctness of the decree passed by the trial court. It can consider both the questions of law as well as facts. In the process, the vires of granting sanction or issuing direction under sub-rule (2) of Rule 8 of Order I CPC can be examined by the appellate court. All latent aspects can be raised before the appellate court. It can also be stated, having regard to the facts, that plaintiffs/defendants are not the proper persons to represent a common cause or a particular interest, that there is clash of interest among the parties, etc. Similarly, sufficiency of the attempt made by the trial court in publishing the notice also can be the subject matter of grievance in the appeal. In other words, no fresh adjudication takes place in appeal and what all matters already considered, in the light of the rival contentions and the findings thereon, are carried to the appellate court for exercise of its higher wisdom", the judgment observed.

The 3-judge rejected the argument that the permission granted by the trial court to sue or to be sued in representative capacity will expire after the trial and fresh permission is required for the next stage.

As indicated earlier, class of representative actions are suits filed under Sections 91 and 92 CPC and one where publication is made under Rule 8 of Order I CPC. There cannot be any doubt that leave granted under Sections 91 and 92 CPC will sustain till the termination of the proceedings. In our considered view, the very same analogy is applicable in an action under Order I, Rule 8 CPC as well. If permission is granted or direction is issued, as the case may be under Order I,Rule 8 CPC, that proceedings will obtain the character of a representative action, once procedural formalities are complied.

A decree passed in such a suit is a representative decree which will hold the field until the termination of proceedings or unless reversed by a higher court. It is against the scheme of things to argue that such procedure has to be repeated intermittently for boosting up or intensifying the sanction once granted. It cannot be equated with an indigent proceedings to be followed at every stage. In other words,once the procedure under Order I, Rule 8 is complied, that would change the very character of the suit; once the character of the suit is obtained, it will be maintained throughout unless interfered with and changed by the hierarchy of the courts"

The 3-judge also observed that the single bench cannot be faulted for making a reference against a division bench judgment.

Referring to the Supreme Court decision in Pradip Chandra Parija and others v. Pramod Chandra Patnaik and others [(2002) 1 SCC 1],  the 3-judge bench observed that the Supreme Court "has left a small window open to a single Judge or Benches of lesser strength, if the Judge or Judges find that in no circumstance the Division Bench decision be followed, the option is to refer the matter to be decided by a Division Bench".

It was also noted that the division bench too endorsed the doubts expressed by the single bench.