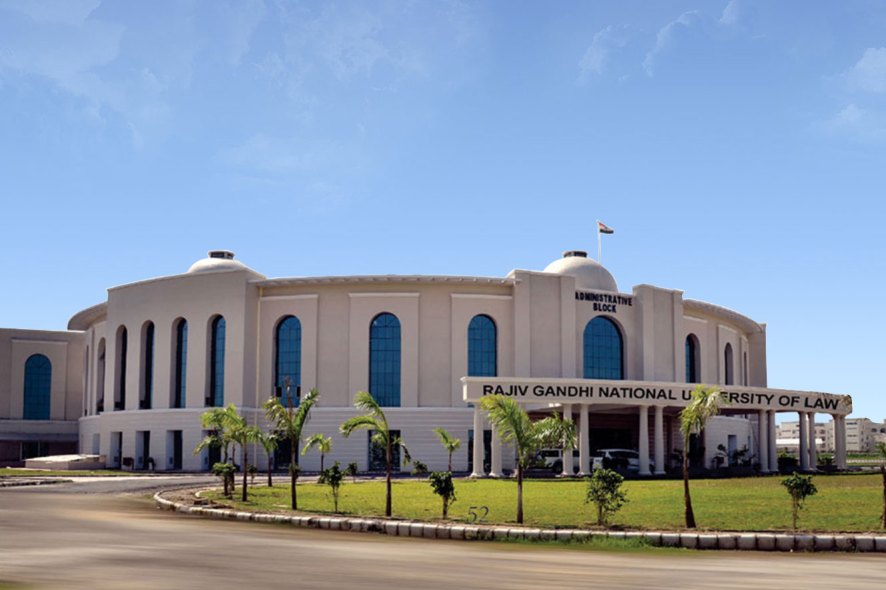 Rajiv Gandhi National University of Law, Punjab (RGNUL) is under the scanner of the Ministry of Higher Education, Government of Punjab after numerous financial and administrative irregularities were highlighted in RGNUL's Comptroller and Auditor General (CAG) reports from 2006-16, 2016-17 and 2017-18. The state's Higher Education Department has sought for an explanation from the...

Rajiv Gandhi National University of Law, Punjab (RGNUL) is under the scanner of the Ministry of Higher Education, Government of Punjab after numerous financial and administrative irregularities were highlighted in RGNUL's Comptroller and Auditor General (CAG) reports from 2006-16, 2016-17 and 2017-18. The state's Higher Education Department has sought for an explanation from the Vice-Chancellor, Dr. Paramjit Singh Jaswal for the discrepancies found in the report amongst other things.

The University, which was established in 2006, has been mired in multiple controversies since Dr. Jaswal assumed his office as the Vice-Chancellor in 2011. Sources indicate that Dr. Jaswal may have tendered his resignation to the Chancellor of RGNUL, Mr. Justice Ravi Shankar Jha in light of the inquiry initiated by Sh. Tript Rajinder Singh Bajwa (Minister). However, he was unavailable for a comment on the same.

It was reported last Friday by "The Tribune" that the Office of Directorate, Education Department (Colleges) has sought for details regarding the spending of the various grants by the University. Additionally, details of expenses on electricity, water, conveyance, travel etc. have also been demanded.

On 31st August, 2019, the alumni of the University had sent an anonymous letter to Mr. Anurag Verma, the then Principal Secretary of Higher Education, Punjab, citing various grievances with Dr. Jaswal ranging from "erroneous personal use of official vehicles" to "appointment of the Registrar in non-compliance with the RGNUL Act, 2006", and sought for an immediate inquiry. The letter sought for a "forensic audit" into the conduct of Dr. Jaswal and claimed that the corruption in the University is "deep rooted and well-hidden".

It is to be noted at this point that as per the RTI Act, the full financial statements of the University have to be published on the website. However, there has been abject failure of adherence of this obligation since the inception of the University. Sources say that the duty was shirked and anyone seeking to peruse the statements was asked to see them personally as "the information is voluminous and only available in paper form". However, it should be noted that these Financial Statements (a copy of which is with Live Law India), are typed out on a computer and not handwritten, and hence cannot be "only available in paper form". As of today, the financial statements have still not been uploaded on the website of the University.

There have also been allegations that funds have been disbursed without inviting tenders, in contravention of the RGNUL Regulations. For instance, Rs. 1.7 lakh was spent on the 2017 RGNUL National Moot Competition. However, despite the RGNUL Regulations mandating tenders, there had been no tender inviting bids for the same. In the CAG report, it was stated that the tendering process was done away with in order to conclude the exercise swiftly. Though the University stated that the lowest quotation had been accepted, the CAG report itself mentions that there was no evidence or paper trail of the same.

LiveLaw was also informed that though floodlights were installed on the sports field in the RGNUL campus, however, there was no invitation for the tender on the website of the University; all tenders are otherwise mentioned on the website.

The CAG report emphasizes another important point that work of construction of an Auditorium building worth Rs. 9.99 crore had been allotted to an ineligible contractor. The question regarding "unfruitful expenditure of Rs. 1.25 crore" for the construction of the Registrar's residence which has since been converted into a VVIP guest house, has also been raised in the report. It was also noted that RGNUL's building plan had not been approved by Punjab Urban Planning and Development Authority.

It is further highlighted in the CAG report that there has been a denial of intended benefits to the students under the Central Sector Scholarship Scheme of "Top Class Education for SC and ST students" for the year 2016-2017. Despite four students applying for the scholarship, there had been no disbursement of the funds and the eligible students were deprived of the intended benefits of the scheme. The University responded that the grant was to be released by the Government into the accounts of the beneficiaries and the information regarding the same was given to the University by the Ministry accordingly.

No Tender for Procurement and Installation of CCTVs

In March, 2019, a five-day protest had erupted in the campus wherein students had demanded revocation of arbitrary suspension of six students, an inquiry into the conduct of Administrative Officer Capt. SP Singh (Retd.), formation of a RGNUL Student Bar Association (still not approved) and equal in-time for all students. In order to restore normalcy, the Punjab Advocate-General intervened and, after prolonged deliberations by a committee, the demands of the students were finally agreed to in principle.

However, within a week of the protests ending, the students discovered the presence of multiple CCTV cameras on the campus. On 25th September, Internet Freedom Foundation filed an RTI to enquire about the total number of CCTVs present in the campus and their locations. It was found that the number of CCTVs that had been installed in RGNUL had more than doubled in the span of 7 months, i.e. since the protest.

Apart from that, reply to the RTI application also brought to notice that no tender had been released for the installation/ procurement of CCTVs in RGNUL; the purchase had been made directly from a company by the name of D-Link (India) Ltd. Therefore, CCTV cameras worth Rs. 19 lakh had been purchased by the University without inviting tenders.

Once the protest at RGNUL had ended, Additional District and Sessions Judge, Smt. Manjot Kaur was appointed by the then Chancellor, as the Enquiry Officer to initiate an inquiry into the conduct of SP Singh. Students, who were subjected to cross-questioning by SP Singh's lawyer for up to 4 hours in some cases, had engaged a law firm based in Chandigarh as their pro bono legal counsels looking at the seriousness of the situation.

The students have run pillar to post to obtain a copy of the Inquiry Report. However, the same has not been furnished to them and they have now approached the Central Information Commission.

"RGNUL says we don't have it. District Court, where the Inquiry Office sat says that a report has been prepared and sent to the Chancellor and advises that he same be sought from the High Court. The High Court tells us to seek the report from RGNUL. We don't know when the Central Information Commission will hear us", they say.RGNUL Under Govt Scanner Following CAG Reports On Financial Irregularities

Singh had resigned when all formalities related to the inquiry had elapsed, excepting the publication of the report. In Singh's resignation letter, which the students procured after filing yet another RTI, it was stated multiple times that his actions were a direct result of the orders of his seniors. Students have informed LiveLaw that Singh's senior was Dr. Jaswal. It is alleged by the students that the report indicts Dr. Jaswal directly, which is why it has been buried.

A letter dated 2nd December, 2019, has brought up the issue of the illegal extension of Dr. Jaswal's appointment as the VC of RGNUL. Students of the University had addressed a letter to a judge of the Supreme Court of India regarding and had requested him to take action.

The letter cites Section 22(5) of the Rajiv Gandhi National University of Law Act, 2006 which states that the term of the office of a VC will be for a period of five years, and that he shall be eligible for reappointment for further terms. Additionally, an extension of a maximum of one year can be awarded to the VC by the Chancellor.

Dr. Jaswal had assumed office of the VC in February 2011, and his term was to end in February 2016, as per the provisions of the statute. However, in a response to an RTI which had been filed to enquire about the nature of Dr. Jaswal's reappointment, it was found that Dr. Jaswal had been granted an extension of 5 years, i.e. till 7th February, 2021 by the then Acting Chief Justice, Hon'ble Mr. Justice Shiavax Jal Vazifdar.

The letter contends that the extension of 5 years could not have been granted because no selection process had been conducted, as required under Sections 22(2) and 22(3) of the RGNUL Act. There had also been no selection committee nor were any names recommended to the Acting Chief Justice/ Acting Chancellor/ Chancellor of RGNUL. Therefore, the letter alleges that the only way Dr. Jaswal could have been granted an extension would be if he had misrepresented the provisions of the RGNUL Act to the Acting Chief Justice and gotten a signature based on incomplete, incorrect and fraudulent facts.

With the cracks in the administration of the University slowly seeing the light of the day as a result of the students' increasing demands for accountability and action, the Punjab Government has now initiated a probe into the functioning of RGNUL on the basis of the CAG report. It has been reported in 'Hindustan Times' that an Education Department official informed HT that the government had the right to ask how the money was spent as Rs. 220 crores had been pumped into the University's system by them. A reply is now awaited before further action is taken against the University.