Riding High-End Motorcycle Without Orientation May Be Negligence; But Not Intentional Self-Harm: NCDRC 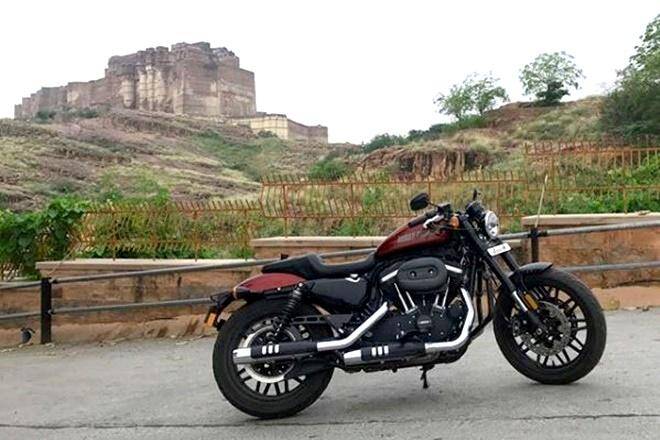 In a significant order, the National Consumer Disputes Redressal Commission (NCDRC) on Friday (09th October) held that an intentional self-injury cannot be inferred in a case where a person rides a high-end motorcycle without the necessary orientation.The order has been passed by a bench of Justice V. K. Jain (presiding member) while hearing a consumer complaint filed by the Wife of Late...

In a significant order, the National Consumer Disputes Redressal Commission (NCDRC) on Friday (09th October) held that an intentional self-injury cannot be inferred in a case where a person rides a high-end motorcycle without the necessary orientation.

The order has been passed by a bench of Justice V. K. Jain (presiding member) while hearing a consumer complaint filed by the Wife of Late Mr. Sunil Seth (the co-founder and senior partner of Seth Dua & Associates), Mala Sahni Seth against New India Assurance Co. Ltd (opposite party/insurance company).

The facts of the Case

Late Mr. Sunil Seth met with a fatal accident while driving a motor-cycle near Manesar in Haryana on 05.02.2017.

A claim in terms of the above-referred policy was lodged by the complainant with the insurer which appointed M/s Somen Media as the surveyor to assess the loss.

Vide their report dated 27.06.2017, the surveyor concluded that the death of Mr. Sunil Seth took place genuinely in a road accident and recommended that the claim may be processed accordingly as per the terms and conditions of the policy and its coverage.

Notably, M/s Eagle Rider had given on hire basis, a high-end motorcycle to one Sh. Neeraj Sethi, in terms of the hire agreement which was executed between the said company and Mr. Neeraj Sethi.

To drive the said motorcycle, the person/rider was required to undergo Orientation Program which admittedly Mr. Sunil Seth had not undergone.

Letter by the Insurer repudiating the claim

The claim of Mala Sahni Seth was repudiated by the insurer vide letter dated 20.07.2017 as per Exception No. 5(a) of the policy which stands as,

"The Company shall not be liable under this policy for Payment of compensation in respect of Death, Injury or Disablement of the Insured from Intentional self-injury".

The Letter stated that - Mr. Sunil Seth in an unauthorized manner without any requisite experience and knowledge was trying to move the said high-end motorcycle. That in this process, he lost control and sustained injuries. The policy which was extended by the company provides for indemnification in case of an accident. The accident means some sudden and unexpected event taking place without expectations.

It was also stated in the letter that - Mr. Sunil Seth was well aware of the implications and even then he has taken away the vehicle from an actual hirer (Mr. Neeraj Sethi) without the permission of M/s Eagle Rider.

Lastly, the letter stated that - The deceased in the present case was well aware of the consequence of mishandling of such type of motorcycle. The deceased had no basic knowledge to handle such type of motorcycle and deceased by taking the said vehicle without authority has invited the incidence. The sequence of events nowhere proves accidental injuries which is pre-requisite for payment of the insured amount under the policy.

Matter came before the Commission

Being aggrieved from the repudiation of the claim the complainant came before this Commission.

The complaint was resisted by the opposite party (the insurance company) which took a preliminary objection that this Commission lacked pecuniary jurisdiction to entertain the consumer complaint.

On merits, the complaint was resisted primarily on the ground on which the claim had been repudiated.

The Commission remarked that in terms of Section 21 of the Consumer Protection Act, 1986 which was in force at the time this complaint was instituted, this Commission had pecuniary jurisdiction to entertain the consumer complaint where the value of the goods or the services as the case might be and the compensation claimed by the complainant exceeded Rs.1,00,00,000/-.

Further, the Commission observed, though the amount payable to the complainant in the case of death of the insured in an accident was Rs.58,75,000/-, the complainant having claimed a sum of Rs.58,00,000/- towards mental harassment and trauma alleged to have been suffered by her on account of the opposite party having denied her claim, the total amount claimed by the complainant comes to more than Rs.1,00,00,000/-.

Therefore, the Commission held that it did have requisite pecuniary jurisdiction to entertain the consumer complaint.

Discussion on the merits of the case

The Commission, while perusing the repudiation letter, found that the claim was repudiated solely on the ground that M/s Eagle Rider who had given the motor cycle to its pillion rider Mr. Neeraj Sethi on hire had advised the person driving the motor-cycle to undergo an orientation and the deceased had not undergone such orientation with the vehicle before he drove the vehicle and, therefore, this was a case of intentional self-injury.

To this, the Commission stated,

"The use of the term 'intentional self-injury' in the insurance policy would mean that the person who suffered the injury must have wanted such an injury to be caused to him. Ordinarily, this would happen in a case where a person either wants to commit suicide or he wants to cause injury to himself." (Emphasis supplied)

The Commission couldn't find any evidence leading to the conclusion that it was the case of suicide and therefore, the Commission was of the view that there was no basis for the insurer to even claim that this was a case of intentional self-injury.

In this context, the Commission further said,

"The intention being a state of mind, required resolve on the part of the insured to either kill himself or to cause injury to himself", the Commission added. (Emphasis supplied)

Lastly, the Commission stressed that if a person driving a vehicle meets with an accident, it would be difficult to say merely from his driving without a licence that his intention was to cause injury to himself. The position of a person who otherwise possesses a valid driving licence but does not take the orientation advised by the owner giving the vehicle on hire would be much better than the position of a person driving a vehicle without the requisite licence.

Therefore, the Commission ruled that the present case was not covered under exception No. 5(a) of the policy.

Further, the complaint was disposed of in terms of the following directions:-

(i) The opposite party shall pay a sum of Rs.58,75,000/- to the complainant along-with compensation in form of simple interest on that amount @ 8% p.a. w.e.f. 6 months from the date of lodgement of the claim till the date of payment.

(ii) The opposite party shall pay a sum of Rs.50,000/- as costs of litigation to the complainant.

(iii) The payment in terms of this order shall be made within 3 months from today.