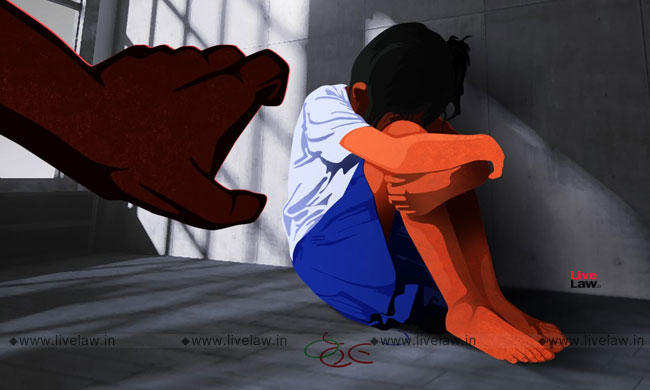 The Bombay High Court on Thursday sought a reply from the State of Maharashtra while hearing a public interest litigation filed by a social worker seeking directions to all criminal courts to secure efficient and effective participation of child victims through their legal representatives at all stages of the judicial process alleging non-implementation of certain provisions of the Protection...

The Bombay High Court on Thursday sought a reply from the State of Maharashtra while hearing a public interest litigation filed by a social worker seeking directions to all criminal courts to secure efficient and effective participation of child victims through their legal representatives at all stages of the judicial process alleging non-implementation of certain provisions of the Protection of Children From Sexual Offences (POCSO).

Division bench of Chief Justice Dipankar Datta and Justice GS Kulkarni were hearing the PIL filed by Arjun Malge, who works with child victims of sexual abuse and their families, across Mumbai. He also acts as a Support Person in child sexual abuse cases as per the orders of the Child Welfare Committee in view of Rule 4(7) of POCSO Rules.

Advocate Somasekhar Sundaresan appeared on behalf of the petitioner along with Advocates Sania Mukadam and Priyanka Mali. He submitted that none of the following provisions are practiced- Section 40 of the POCSO Act, Rule 4 sub rule 13 of POCSO Rule 2020 and Section 439(1-A) of CrPC.

Through our research, we have discovered that these provisions are followed more in breach than practice. I do not imagine the State having any objection to this matter, Adv Sundaresan said.

Section 40 of POCSO Act states that the victim has a right to be represented/assisted by a legal aid lawyer.

Section 439 (1-A) CrPC was an amendment introduced in 2018, which requires victim to be notified in case a bail application is moved by the accused in certain categories of rape cases.

"The Protection of Children from Sexual Offences Act (2012) was enacted with a view to protect children from sexual abuse and to ensure speedy justice to minor victim of sexual assault. Section 40 r/w Rule 4 of the POCSO Act, 2012 envisages the right of the minor victims to participate in the justice dispensing process in a fair manner and thereby requires that a victim be informed about every court proceeding."

"The Criminal Law (Amendment) Act, 2018 was brought into effect where by Section 439 (1-A) of the Criminal Procedure Code, mandates the presence of the informant or any person authorized by him at the time of hearing of the application for bail moved by the accused implicated under sub-section (3) of section 376 or section 376AB or section 376DA or section 376DB of the Indian Penal Code."

This amendment shows that the legislature has acknowledged the need to ensure participation of the victims in such aggravated cases of rape where the victim is a minor or where it's a case of gang rape etc, Adv Somasekhar argued.

Also, Advocate Somasekhar also pointed out that the Delhi High Court in Reena Jha Vs Union Of India, passed practice direction with respect to proper implementation of Section 439 (1-A) of the CrPC. These directions required the Courts to issue summons to the victim before hearing the bail applications and Police are duty bound to serve the summons and file a report of service in the concerned Court. Bombay has no such practice directions, he said.

It is also contended by the petitioner that after researching and collating a list of similar such cases where applications of bail moved by the accused were heard and adjudicated upon in absolute defiance of the right of the minor victims envisaged in section 40 read with Rule 4 of the POCSO Act and section 439 (1-A) of the CrPC, he found 70 such cases.

After hearing the submissions on petitioner's behalf, Court directed the State government to file a reply by October 6 and asked the petitioner to file a rejoinder to the said reply (if any) by October 9. The next date in this case is October 13.