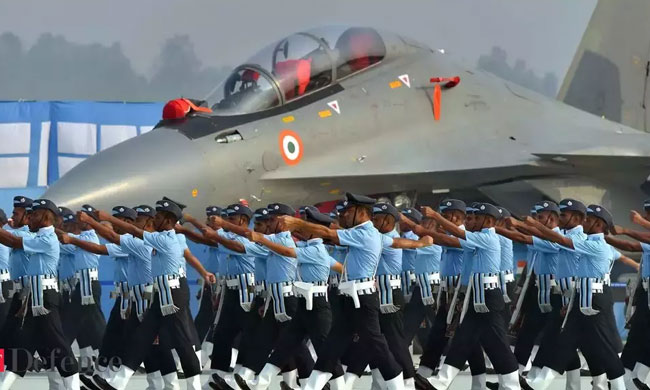 Holding that the right of an Air Force officer to withdraw from an approved 'Premature Separation from Service' application is neither absolute nor unqualified, the Supreme Court has observed general principle of service law applicable to the civil services, does not apply in the situation of the Air Force. The bench comprising Justice DY Chandrachud and Justice Hemant Gupta observed that...

Holding that the right of an Air Force officer to withdraw from an approved 'Premature Separation from Service' application is neither absolute nor unqualified, the Supreme Court has observed general principle of service law applicable to the civil services, does not apply in the situation of the Air Force.

The bench comprising Justice DY Chandrachud and Justice Hemant Gupta observed that the request to withdraw an approved PSS application can be permitted only under "extreme compassionate grounds" and that has to be considered by the competent authority.

Four officers of the Indian Air Force - Wing Commanders Subrata Das, P K Sen, Rachit Bhatnagar and Group Captain Rajeev Moitra sought a premature separation from service. After their application got approved and before the date stipulated for their separation from the Indian Air Force, the officers withdrew their requests and sought to continue in service. Their request to continue by the Air Headquarters was rejected.

All of them approached the Armed Forces Tribunal which accepted the pleas of three of them. Union of India assailed the Tribunal order before the Apex court in these three cases. Wing Commander Rachit Bhatnagar , whose plea was rejected by the Tribunal, also filed appeal before the Supreme Court.

General principle of service law applicable to the civil services, does not apply in the situation of the Air Force

The bench observed that general principle of service law applicable to the civil services, does not apply in the situation of the Air Force. It said: "In matters relating to civilian employment, particularly in the civil services, voluntary severance of service may either be in the form of a unilateral or bilateral act. Where severance follows on the basis of a unilateral act by an employee, no acceptance of the request for severance is required. On the other hand, where the severance contemplated is bilateral in nature, the request of an employee for severance becomes effective only upon its acceptance by the employer. In the context of service jurisprudence, the principle of law which has been enunciated in the decisions of this Court is that where an employee tenders a resignation from service with effect from a future date, it is open to the employee to withdraw from the resignation until it takes effect on the future date so stipulated."

The court also observed that the unrestrained choice of an employee to withdraw a resignation may yet be constrained if the employer had made arrangements acting on the resignation or letter to make another employee available for the job.

"The approval of a request of an officer for PSS has consequences both for the service and for the officer individually until the eventual severance of service takes place. During the period between the approval of the application and the date of severance, arrangements are made to meet the operational requirements of the Air Force.", the bench said.

No unqualified right to withdraw

On behalf of the officers, heavy reliance was placed on the judgment in Union of India v Wing Commander T Parthasarathy. But the bench observed that in the said case, before the application for retirement was accepted, he withdrew his request and it was only thereafter that Air Headquarters accepted his original application and communicated the decision to retire him from service.

The bench, referring to policy, said that it makes it abundantly clear that there is no unilateral right to withdraw from a request for PSS once it has been approved. It said: "Paragraph 18 is founded on the principle that even though a severance from service will take place at a future date, an application for PSS which has been approved cannot be withdrawn except on the grounds contemplated in that paragraph. Whether a request to withdraw an approved PSS application meets the criterion of "extreme compassionate grounds" has to be considered by the competent authority. So long as the assessment is fair and bona fide, the decision, in our view, ought not to be faulted."

Setting aside the order of the Tribunal, the bench observed: "The right to withdraw from an approved PSS application is neither absolute nor unqualified. We are firmly of the view that the decisions to reject the applications to withdraw from PSS in the present cases were made bona fide. The authorities had applied their minds to the question of whether the grounds which were urged fulfilled the "extreme compassionate grounds" criterion. The authorities were also entitled to make a final determination based on the needs and exigencies of service. The Tribunal has erroneously interfered with the exercise of the administrative judgment by the authorities of the Air Force. We therefore disapprove of the view which has been taken by the Tribunal in the cases involving Wing Commanders Subrata Das, P K Sen and Group Captain Rajeev Moitra. The decision of the Tribunal in the case of Wing Commander Rachit Bhatnagar does not merit our interference for the reasons which we have indicated earlier."

The court, however, observed that, Services of Wing Commanders Subrata Das and P K Sen (who had resumed their duties after the decision of the Tribunal) in the Air Force for the remaining tenure would not be affected by this judgment.